The three-time F1 world champion set new fastest-ever laps of the Red Bull Ring in both Friday sessions, ending the day a tenth and a half up on title rival Sebastian Vettel's Ferrari.

Hamilton had previously swept both Friday sessions in Australia and Spain in 2017, but he suggested the Mercedes W08 was better on the opening day in Austria than on any other Friday this year.

"It was a smooth day generally," Hamilton said. "For the first time, we started off with a good baseline.

"Usually we're not so great initially and then we have to build up from it, so I'm happy.

"For the first time we started in a good place with the balance of the car and we're just trying to finesse it."

The 2017 Mercedes has a narrow set-up window, but both its drivers felt the balance was good from the outset in Austria.

Valtteri Bottas, who finished third in both sessions, said Mercedes' new parts for this weekend - which include a "new front wing, nose [and] floor" - were working as expected. 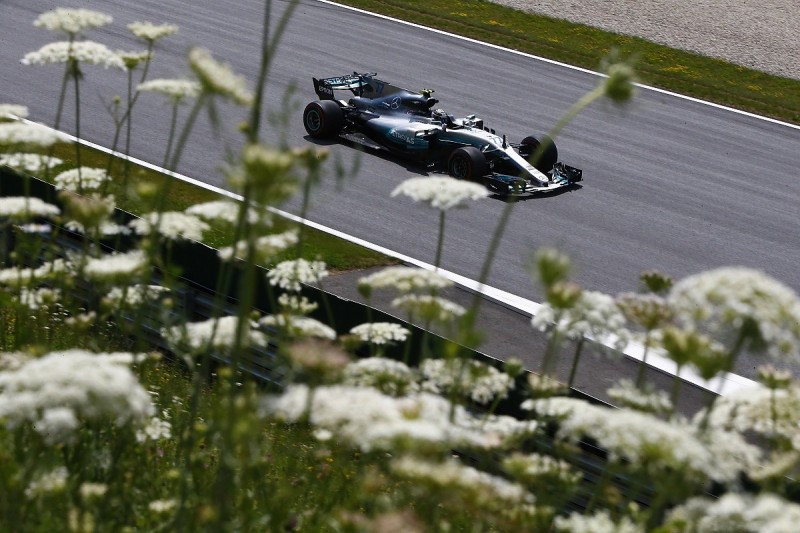 "There's been a couple of Fridays that we've started the weekend with not a well-balanced car at all, and now at least it is more or less there, definitely much better in practice two," he said.

"I still struggled myself to put a good lap together but the car definitely has a lot of pace. And if we can finetune everything, we can be really strong tomorrow."

Though Vettel, fourth in the morning and second later on, said Ferrari "understood" why it had lacked single-lap pace at the previous event in Azerbaijan, he suggested Mercedes was the pole favourite again in Austria.

"It's a short track, so you imagine it'll be close," he said.

"Mercedes is the favourite. They seemed very quick whenever they went out today.

"It's difficult to judge. The car feels really good all around the lap."

Red Bull was in the mix at the front on Friday as well, with Max Verstappen splitting Hamilton and Bottas in first practice then taking fourth in the afternoon.

"I am not fully happy about today and the balance of the car but we are not too far off," said Verstappen.

"I think we could have been a bit faster.

"We are not too far off, but we know Mercedes can turn up the engine a bit."