Lewis Hamilton: 2018 could be my toughest Formula 1 title fight yet

Last season Hamilton made it clear how much more satisfying it was to be fighting a driver from another team, as he went head to head with Ferrari's Sebastian Vettel after three years of battling previous Mercedes team-mate Nico Rosberg.

Mercedes has yet to win a grand prix in 2018, with Red Bull also now in the mix and Kimi Raikkonen raising his game for Ferrari too.

Asked by Autosport what it would mean to beat two rival teams to a title, Hamilton replied: "Who knows what the season holds? If it continues the way it is, it's going to be very tough to win.

"But if there's an opportunity, and we were to finish on top, it would mean even more, as it's even a tougher season than before."

Hamilton admitted that his difficult weekend in China had emphasised that Mercedes does not have the fastest car at the moment.

"My goal is obviously still the same, but it is clear from the weekend that we are not the quickest," he said.

"We've lost performance since Melbourne, and maybe more so even [at Shanghai]. 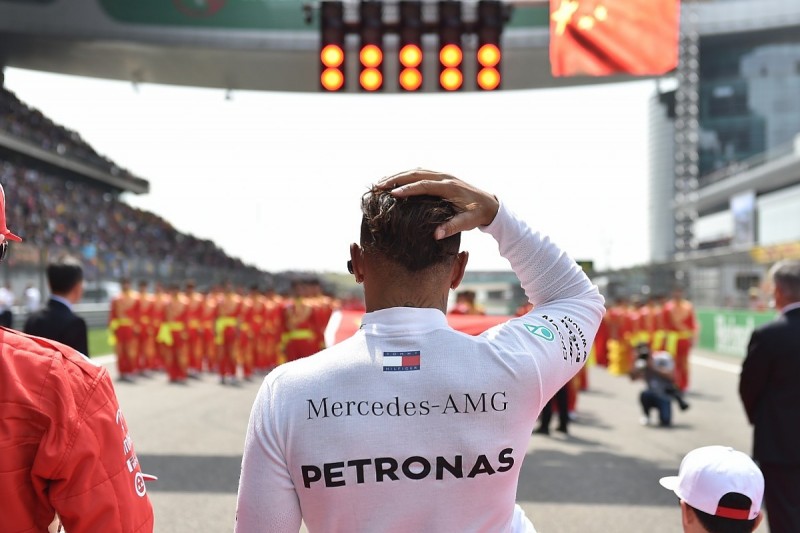 "So we are second or third fastest team at the moment, so we've got some improving to do but that's not impossible.

"What this team has shown over the years is that we are great at staying united, and continuing to barrel on and keep working.

"So I know everyone here and back at the factory is just going to keep pushing as hard as possible."

Hamilton said he is pushing the key players in the team to find improvements.

"We've got a lot of information over the past couple of weeks," he said.

"So I certainly also am pushing James Vowles and James Allison, Niki [Lauda] and Toto [Wolff] very hard, trying to encourage them, and so they know which kind of areas to deal with in the car that we're struggling most with, so they can really apply pressure maybe in those departments, or just make sure that we've got more development coming.

"We've got to keep constructive pressure on the guys. But they're already pressured as they want to win just as much as all of us."