Charles Leclerc wants to get the “full view” of how the Formula 1 British Grand Prix unfolded for Ferrari and why the team made the strategy calls it did.

When the safety car emerged late in the race, Ferrari kept leader Leclerc out on track on hard tyres, but pitted Carlos Sainz for softs – a decision mirrored by nearly everyone else in the field.

Team boss Mattia Binotto later confirmed that the squad didn’t want to double stack its cars and left Leclerc out as he had track position and fresher tyres than Sainz.

Leclerc, who had been carrying front wing damage since the start, was exposed on the hard tyres at the restart.

Despite a valiant defensive effort he lost places to Sainz, Sergio Perez and Lewis Hamilton as he tumbled down to fourth place.

After alighting from his car in parc ferme, Leclerc had a brief chat with Binotto before meeting the media.

“I don’t want to comment now, I want to discuss it and have the full view with the team what the reason was,” he said of the decision not to pit his car.

“Obviously I felt personally I was very strong in the first part of the race and that I lost a little bit of time - whether this would have changed the end result, I don’t think it would have, but just for the future we need to check everything.”

Asked if he’d said anything on the radio, he replied: "No, because it was obviously very late, and then the team said stay out. So I cannot come in obviously if we not aligned on that, and that was it.” 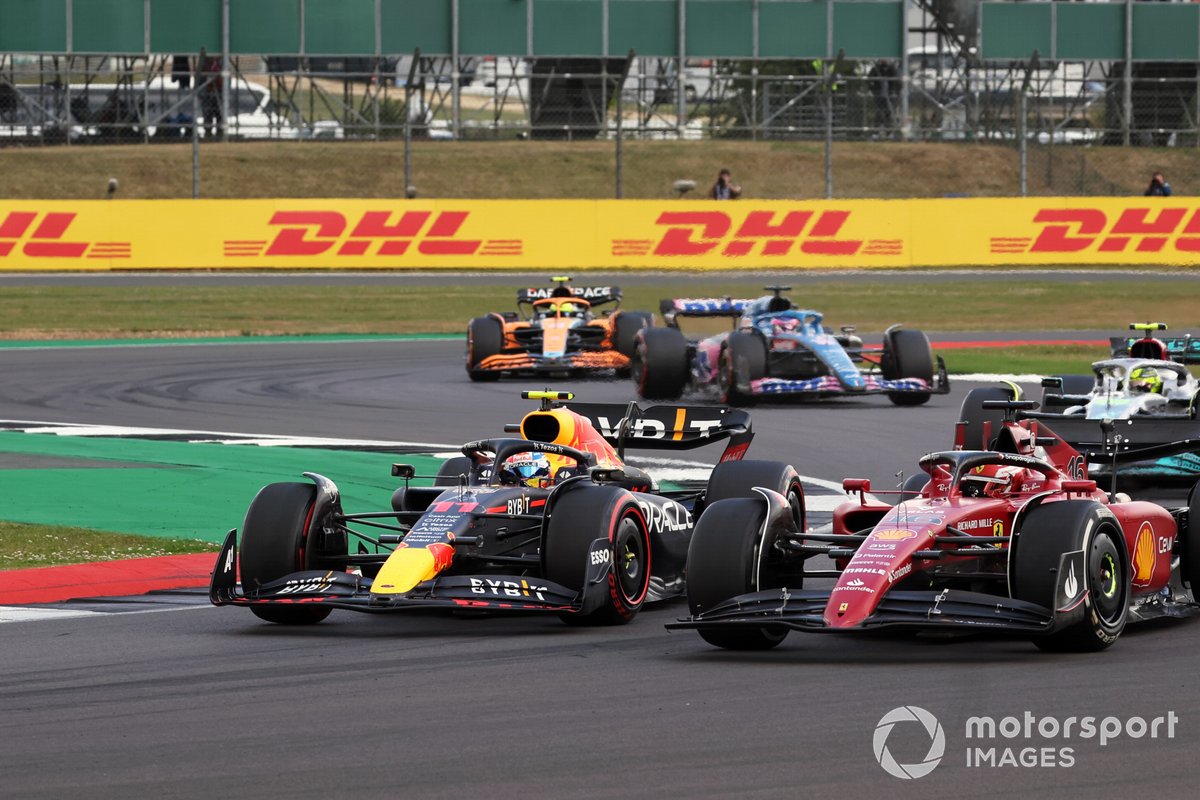 Leclerc said his post-race chat with Binotto was “just to try and cheer me up.” He added: “He tried, but then of course the disappointment is big for me.

"It’s been a rollercoaster of a race. The first lap I broke the front wing, and then I thought that was over, there was quite a lot of understeer.

“Then I managed to play around with my toggles and managed to have a bit more a strong front, and then the pace came back and we were very strong.

"And then the win was feeling more and more possible, and then obviously the safety car and that was it. It’s frustrating.”

Leclerc said he enjoyed the late battle to keep his position, and especially his fight with Hamilton.

“I don’t know how much you’ve seen of it but it was quite on the limit,” he said when asked by Motorsport.com how hard it was to defend on the hards.

“And I had to be on the limit to try and keep my position, which I did. I don’t think I could have done much better than that. It was fun, on the other hand I was very frustrated.

“I was on the limit, but again I had to. In my position I was on used tyres, and all of this was very tricky, so I just had to use everything that was possible.

"I was always checking that Lewis was a bit behind at the apex to try and remember the rule, and to play with the rules. I tried to do my best.

“I still thought that everything was possible, and I gave everything until the end. It wasn’t enough, but even though I knew it would have been very, very difficult, I believed in it until the last lap.”

Leclerc stressed that despite his own frustration he was pleased to see his team-mate Sainz score his first Grand Prix win.

“Of course, and I think this is an important point. As much as I am disappointed on my side I don’t think this should be a headline on what is an amazing first victory for Carlos.

“It’s a dream come true I think. Whenever you are a child, you dream of this moment, and especially with Ferrari, so he needs to enjoy. It’s his day. and hopefully next time it will be my day.”