Charles Leclerc has vowed to learn from his decision not to pit during the late rain in Sochi on Sunday that cost him a likely Formula 1 points finish.

Leclerc started the Russian Grand Prix from the last row of the grid after taking a penalty so Ferrari could introduce its upgraded power unit to his car.

But the Monegasque driver was able to fight his way back up the order, running as high as third at one point before pitting at the end of a long first stint.

Leclerc sat in eighth place after stopping and making some passes, and looked set to score points before the late rain where he opted against pitting initially, leaving him struggling on slick tyres as the worst of the shower arrived.

Leclerc eventually came in at the end of lap 51 - the same lap as Lando Norris, who would finish seventh after leading most of the race - and fell all the way down to 15th place in the final classification.

“I think we stayed two more laps out compared to the others, and I think for these two laps, it was actually quite good because we were competitive.

“But then obviously at one point, the rain picked up by quite a lot, and this put us in a very bad situation, because we lost everything in one lap.

“Whether it’s Lando or myself, it’s been a very similar situation.” 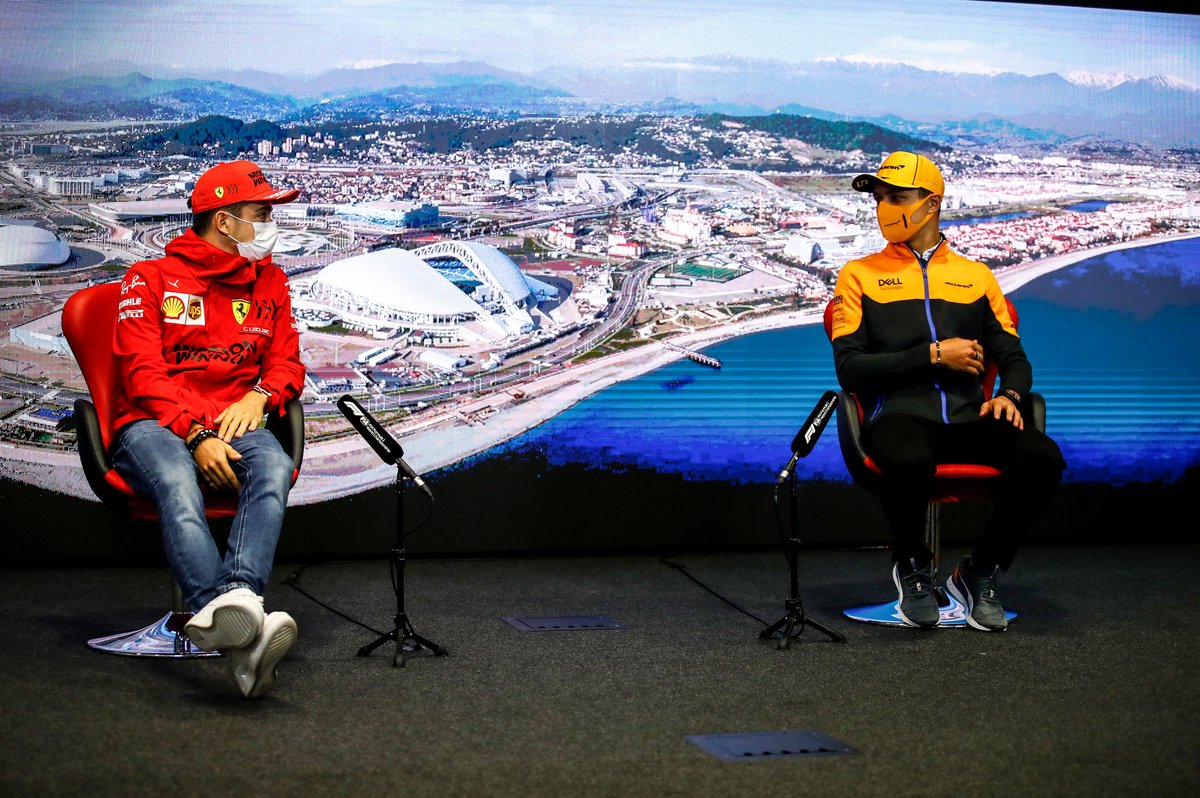 A number of teams and drivers found themselves uncertain about whether or not to make the switch from slicks to intermediates, with those who did not come in early ultimately losing out as the rain grew heavier.

Leclerc said that he would look to learn from the experience, believing he could have done more to make the right decision and pit sooner.

"I will analyse after this weekend to know what I could have done better as a driver,” Leclerc said.

“I feel like I could have done a better job as a driver to help the team take the right decision.

“Obviously before that, it was a very, very positive race on my side, so it disappoints me even more to finish it that way.