Leclerc was promoted to Ferrari for 2019 after one year at Sauber (now Alfa Romeo), but has immediately been a match for four-time world champion team-mate Sebastian Vettel and won his first grand prix at Spa last weekend.

But di Montezemolo said he was particularly impressed by the way Leclerc has responded to the few mistakes he has made since joining the F1 grid, and that his method of dealing with his errors is similar to the way three-time champion Lauda did so.

Speaking at a Ferrari event in Milan on Wednesday, di Montezemolo - who helped guide Lauda to his first Ferrari titles - said: "Charles, even last year, was able with a not very competitive car to be quick without making mistakes.

"With Ferrari of course it is different, but he made very few mistakes.

"And like Niki at the beginning, he was only conscious [about] why he made the mistake and [how] not to repeat it.

"So I think he is a very intelligent driver, very quick. Not only on one lap but also in the race, as you see.

"I think he can be maybe be the best representative of a new generation of drivers, which is very important for F1." 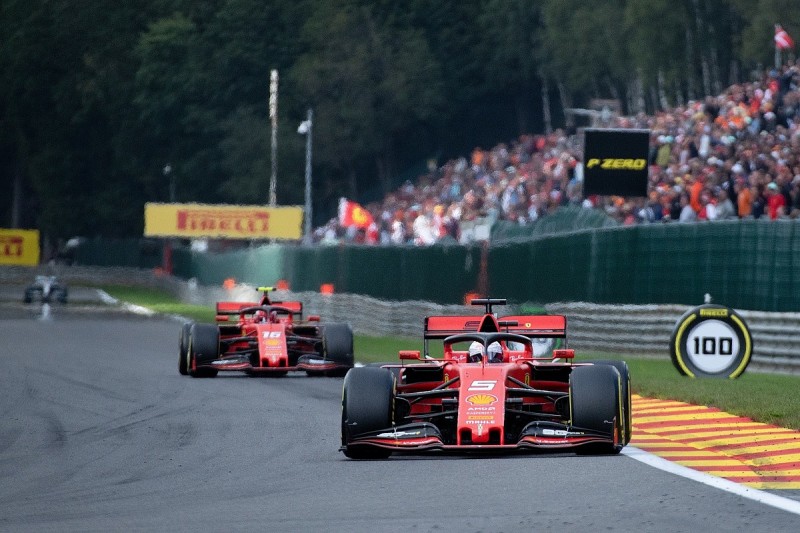 Di Montezemolo added that Vettel should not be written off as a "number two" driver and has "all the characteristics" to bounce back and improve his form.

While Vettel played a crucial role in helping Leclerc secure victory in Belgium, he was outqualified by his younger team-mate for a sixth weekend in a row and has now gone more than 12 months without winning a grand prix.

"Sebastian was crucial for the victory," said di Montezemolo.

"Sebastian is for me still very, very good. I think the pair [of drivers] is very good.

"In normal life, you have some moments with some difficulties.

"But I am sure he has all the characteristics to come back. I hope very soon, and I hope in a few days."

Asked if he felt Leclerc has emerged as team leader and Vettel is now playing a supporting role, di Montezemolo said: "Vettel is not a number two.

"Vettel is a number one and Leclerc is in the process to be a number one, so it is good to have two number ones."