Charles Leclerc says Ferrari is not expecting any “big changes” from the upgraded hybrid system on its Formula 1 power unit that will debut in Sochi this weekend.

Ferrari revealed over the summer break that it was working on bringing a “significant” step in performance for its power unit during the second half of the season.

The team announced on Wednesday that it would debut its updated hybrid system at this weekend’s Russian Grand Prix, fitting Leclerc’s car with a new power unit.

Leclerc will take a fresh set of power unit components in Sochi amid fears over his battery after the first-lap crash in Hungary, resigning him to a back-of-grid start.

Ferrari will not provide Leclerc’s team-mate, Carlos Sainz Jr, with the updated parts this weekend as it wants to avoid having both cars start at the rear of the grid at the same race.

The new hybrid system is understood to provide Ferrari a small power boost, thought to be less than 10bhp.

Leclerc said during Thursday’s FIA press conference that the new hybrid elements were “on paper a little bit better”, but that he was not expecting a huge step forward.

“Obviously whenever we have something that is a little bit better, we try to bring it on-track,” Leclerc said.

“We expect it to be a little bit better. We don’t expect any big, big changes, but something that goes in the right direction.” 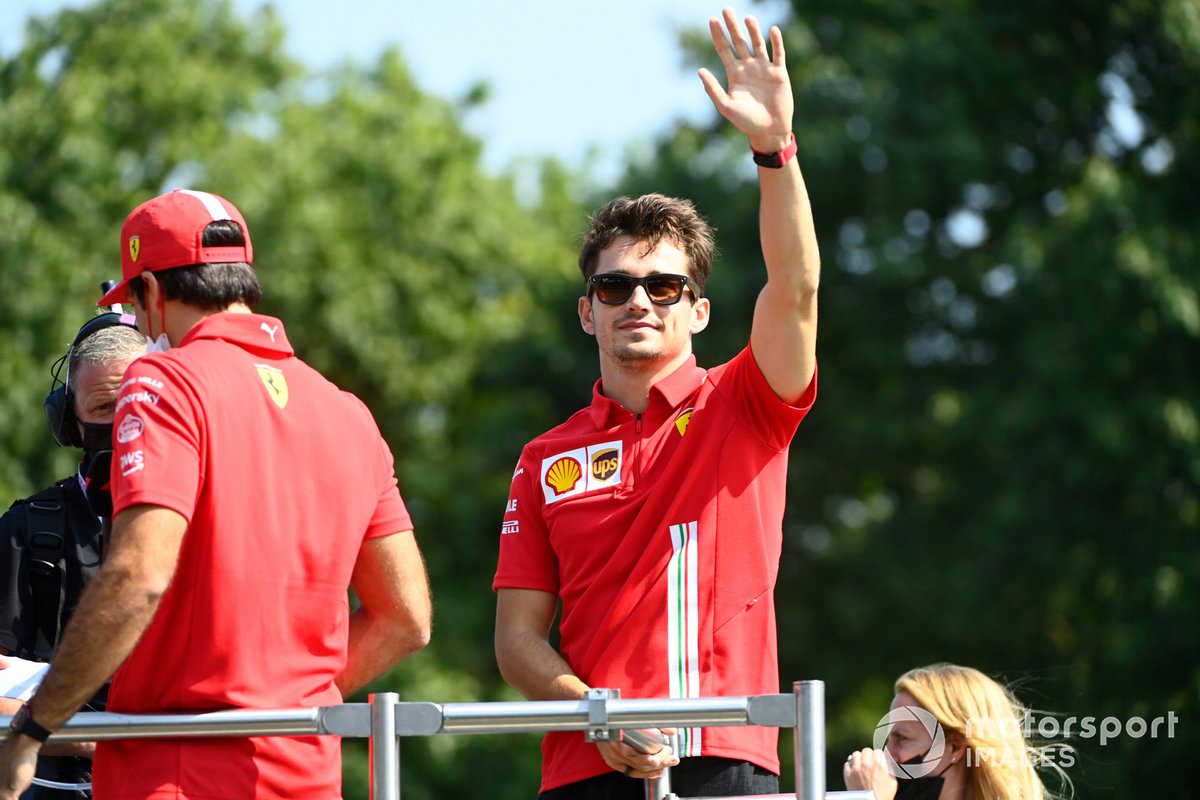 Speaking in the media pen at the Sochi Autodrom, Leclerc explained the importance of small steps in performance and the effect it could have on Ferrari’s close fight with McLaren for third in the constructors’ championship.

McLaren currently sits 13.5 points clear of Ferrari in the standings after pulling ahead with its 1-2 finish at Monza two weeks ago.

“We still feel like it's going to be a step forward, but how much, we'll have to see,” Leclerc said.

“But I think in a season like this, whatever we can have, we try to take because with McLaren, the margins are very, very small.

“Whatever we can bring to the car to try and beat them in that fight for the championship, we will try.”

While Leclerc faces the challenge of fighting back through the field thanks to his grid penalty, the Ferrari driver was hopeful the forecast rain could help his cause and mix things up in the race.

“I think on a weekend like this, it's actually not too bad to change the power unit,” Leclerc said.

“It wasn't calculated. If it's like this [raining], it's a little bit of luck, but it goes in our direction.”

Leclerc also felt that Sochi was a good track at which to make the change, given the long straights that offer overtaking opportunities, particularly into Turn 2.

“I think we all agreed to change it as soon as it was possible,” Leclerc said. “I’m not the one to say it. But I completely agreed with it.

“It's something quite obvious, in those situations. Obviously, if it was Monaco, maybe you don't change it in Monaco, but being here in Sochi, it made sense.”