The Ferrari driver became the surprise leader after a clash between Hamilton and British GP polesitter Max Verstappen on the opening lap and held his lead after the red flag and across the opening stint of the race.

Leclerc maintain his led for the majority of the Silverstone race, as Hamilton served his 10-second penalty for his collision with Verstappen, but was reeled in by the Mercedes driver and was overtaken with two laps to go.

The Monegasque, who had also been battling engine mapping issues during the race, naturally felt his second place was bittersweet having been so close to a shock win but accepted he could take pride in his podium and Ferrari’s performance at Silverstone.

“Congratulations to Lewis he did an incredible job and it is amazing to see as many fans in the grandstands. It was fun in the car but lacked just a little bit of pace towards the end.

“We definitely didn’t expect it. We expected after qualifying to be quite competitive but not as competitive as now. 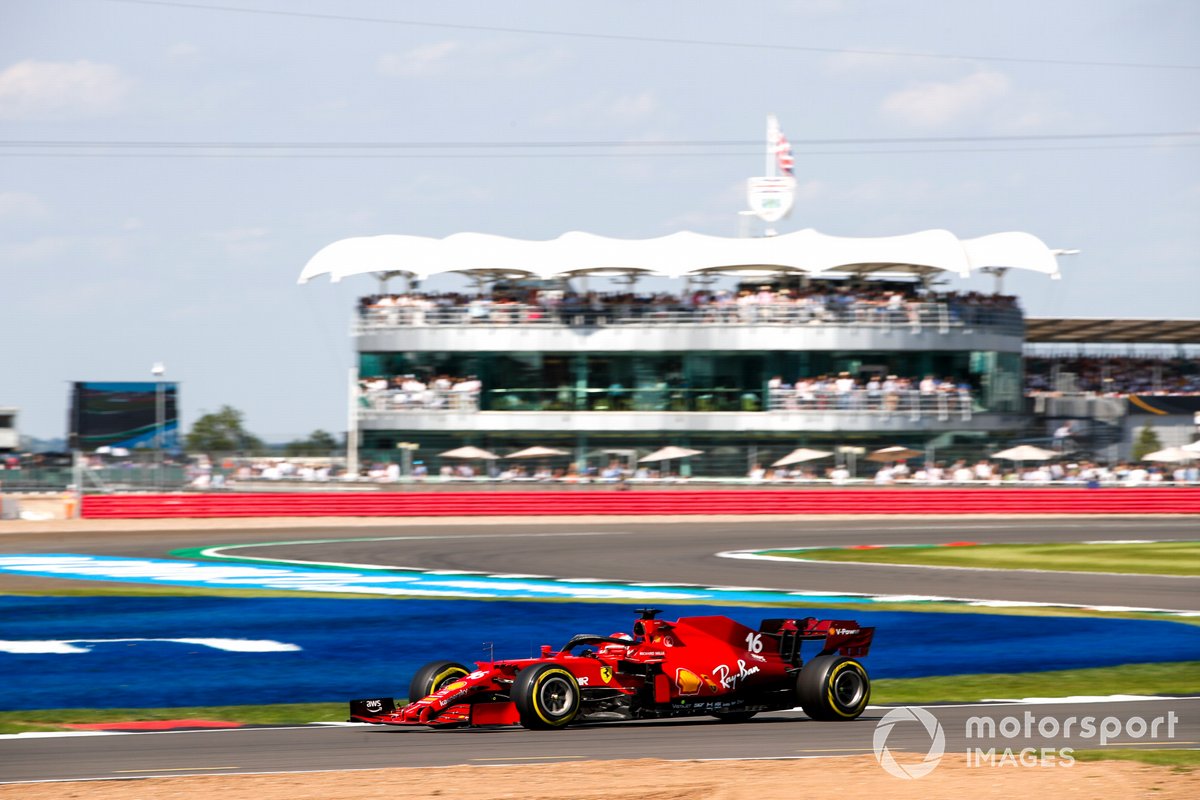 “We have been fighting for the win which was incredible, especially on the medium we were extremely quick and then on the hards we lacked a little bit of pace compared to the Mercedes - but overall it was much stronger than we are used to.”

It marks Ferrari’s first podium since Carlos Sainz Jr finished runner-up at the Monaco GP, and Leclerc’s first rostrum since last year’s British GP, which he feels demonstrates the Italian team’s progress after a tough 2020 season due to a drop in performance.

“The team is doing incredibly well, and I am very proud of the team,” he said. “Of course it is great to have these types of races - it cheers up everyone.

“There is a lot of work done so it shows we are doing something right, and that we are working in the right direction. So we need to keep going like this.

“It won’t be a smooth ride until we get back to the top but we will give everything.”