Monaco Grand Prix pole-sitter Charles Leclerc will take no part in Sunday’s Formula 1 race after a left driveshaft issue emerged on his car ahead of the race start.

Leclerc took a shock pole position for Ferrari in qualifying on Saturday, but was left sweating on the condition of his gearbox after crashing at the end of Q3 at the exit of Swimming Pool.

Ferrari conducted initial checks on the gearbox that showed “no serious damage”, and announced on Sunday morning that it would not be making a change, keeping Leclerc on pole.

But as the team fired up the car to get it ready for the grid, an issue emerged that meant Leclerc was unable to get out of the pits in time to make the grid.

It left Ferrari working to try and get Leclerc’s car ready in time to complete a pitlane start, only for Mekies to inform race control that they would not be racing.

“Charles will not start the race due to an issue with the left driveshaft which is impossible to fix in time for the start of the race,” read a short statement from Ferrari. 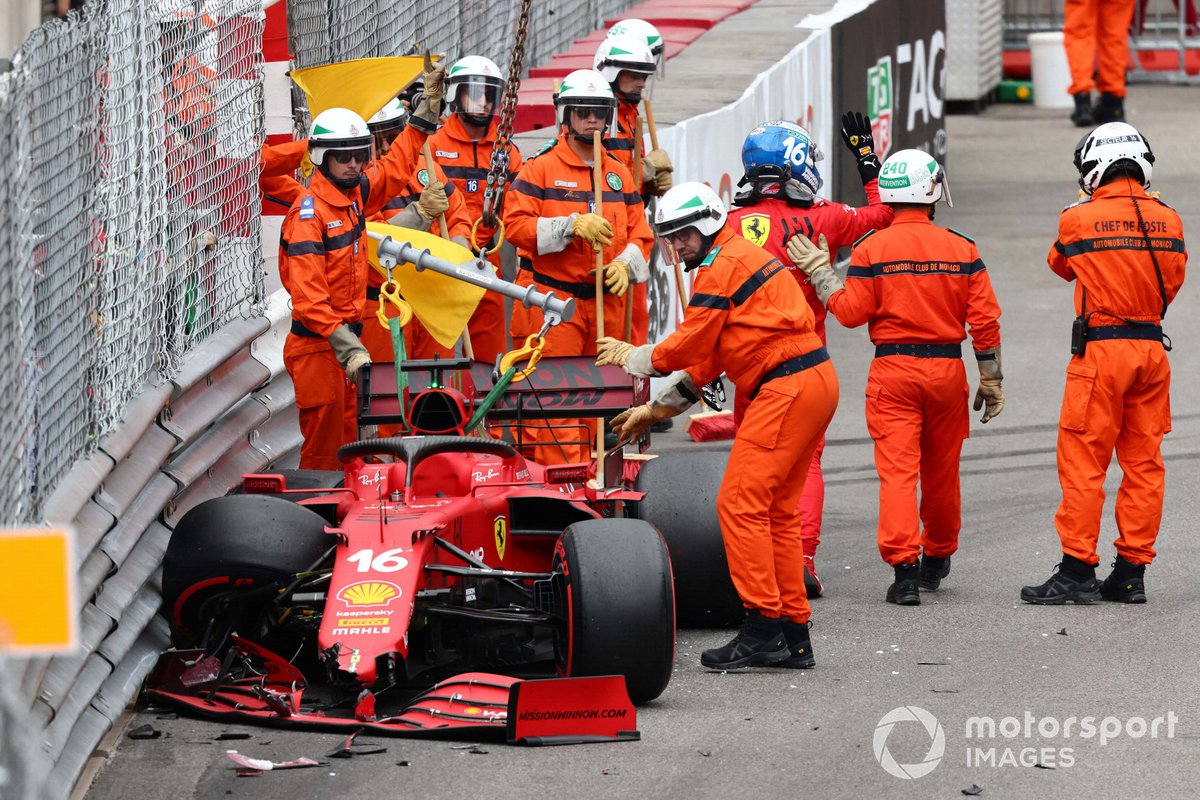 The grid will remain unchanged, meaning that the pole position slot will be empty, with Red Bull’s Max Verstappen the first car in P2 ahead of Mercedes’ Valtteri Bottas.

Leclerc was seen standing in the back of the garage with Ferrari president John Elkann as the news was delivered, before walking to the grid to meet with the other drivers.

Leclerc waved to the grandstands en route, knowing his chance to score an elusive maiden victory in Monaco had once again passed by.

Ferrari will field just one car in the race, with Carlos Sainz Jr lining up fourth on the grid but third overall.

It marks the first DNS of Leclerc’s F1 career, and comes less than 24 hours after team boss Mattia Binotto said the team “will not gamble” on the condition of his car, fearing a retirement.