Charles Leclerc says it is “difficult to believe” Ferrari is so close to the leading Formula 1 teams at Imola after its impressive display during Friday practice.

Ferrari managed to finish inside the top six with both of its cars in FP1 and FP2 for the Emilia Romagna Grand Prix, marking a decent step forward for Ferrari compared to its display in Bahrain, where it struggled to keep pace with midfield leader McLaren.

Leclerc said the performance of the car was “great” through practice despite losing running to an issue in FP1 and a late crash in FP2, but felt the progress was track-specific.

“It’s all track and temperature specific, because we haven’t changed the car at all,” Leclerc said.

“But the car feels a lot better in those conditions. The car feels great this weekend, even if we compare to last year, it feels much better this weekend. The grip is good, the balance is good. And I have quite a bit of confidence in the car.” 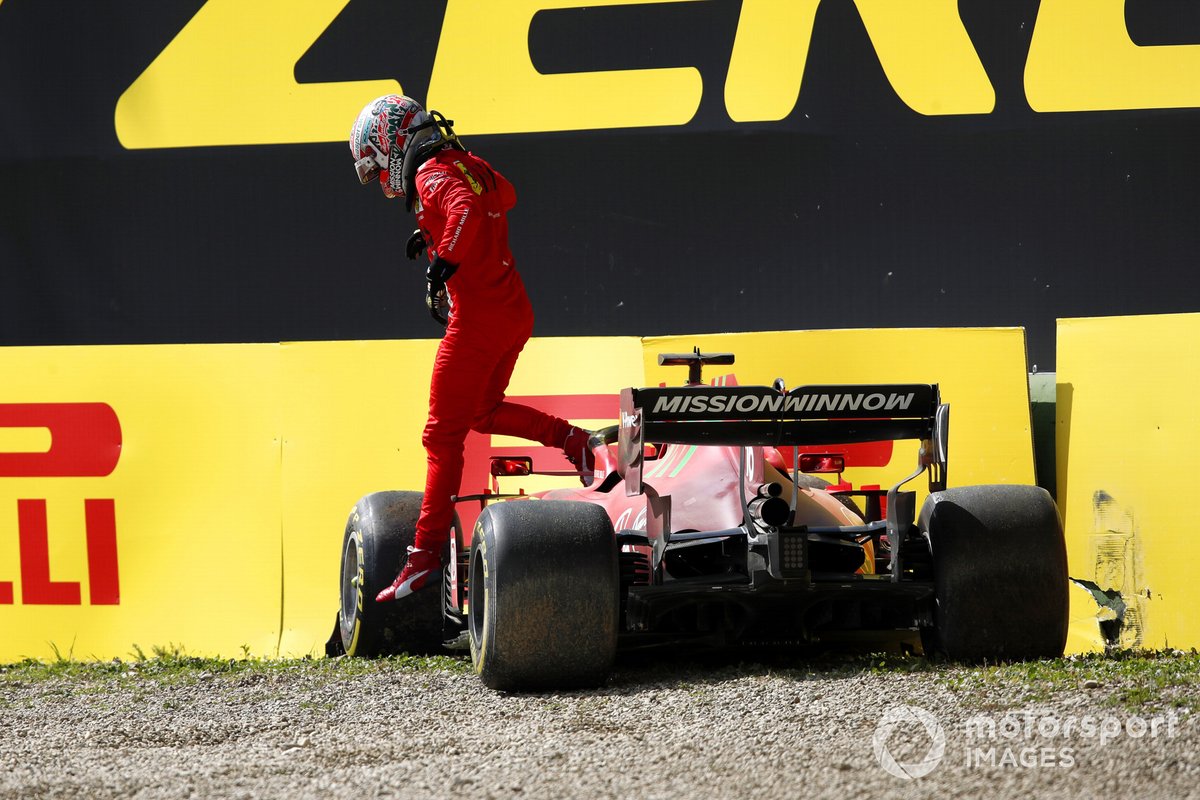 Leclerc finished FP2 half a second back from team-mate Sainz after his lap time was deleted for exceeding track limits. The time would have seen him finish fastest overall had it counted.

But the Monegasque driver was doubtful the gap to Mercedes was truly representative of Ferrari’s pace at Imola.

“It feels better than last year, then we have to wait and see tomorrow whenever we are all pushing in qualifying,” Leclerc said.

“For now it’s difficult to believe we are so close to the top teams. And I’m pretty sure they have a bit more to come tomorrow. So let’s wait and see.”

Leclerc crashed at the exit of Rivazza with two minutes remaining in FP2, but remained upbeat about his day as a whole over both the qualifying simulations and long-runs preparing for the race.

“The car felt good, the feeling was good,” Leclerc said. “FP2 was very competitive. We got our lap time deleted for very small margins in Turn 9, but yeah, most important is not do the same in qualy.

“But the performance was there too. Also the race pace was good. Then I did a mistake in the last corner and went into the wall, but yeah, better do it now than in the race.”