Latifi and Kubica among Williams's "handful" of 2020 F1 options

Williams is considering Nicholas Latifi for a Formula 1 race seat next season, but current driver Robert Kubica is still among the "handful" of candidates the team will assess

Latifi joined Williams as reserve driver for 2019 and has taken part in three Friday practice sessions so far.

He is fighting for the Formula 2 title and is on course to qualify for a superlicence as he has won four races and is currently second in the standings.

Latifi believes that testing for Force India and Williams, plus his Friday practice outings, has made him ready for F1 in 2020 and said "that's what I'm working towards".

Deputy team principal Claire Williams said Kubica remains in contention for 2020, after ending an eight-year absence from F1 this season.

"We are looking at the 2020 seat and there is a handful of candidates," Williams said.

"Robert has done a good job as well this year, it hasn't been easy for him.

"It's something that's under consideration at the moment but I'm in no rush to make any decision.

"We've got to make the right decision going into next year."

Williams is open to fielding a less-experienced driver alongside George Russell next season, but would be unlikely to pick a "total rookie", which she classed as a driver without F1 testing or Friday experience.

Latifi is 34 points behind championship leader Nyck de Vries in F2, but does hold a strong 25-point advantage over third-placed Sergio Sette Camara in his pursuit of a superlicence. 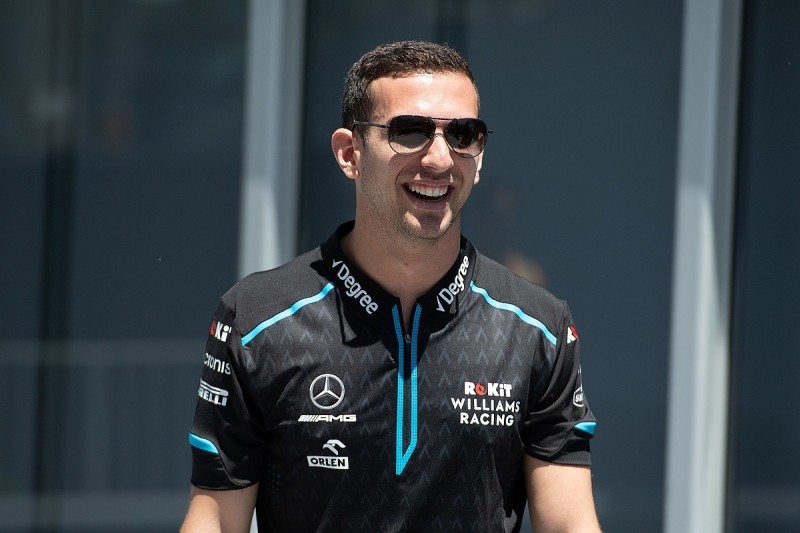 Speaking before last weekend's Spa round, Latifi said: "To get the points I need to finish minimum fifth [in the championship].

"But if I finish fifth I know I'm not going to be in F1 next year, and that's the reality.

"Just because you have the license it doesn't mean that a team is going to want you or you are going to be on the grid.

"So I'm still fighting to win the championship and I know that's going to give me the best opportunity."

Latifi said acquiring a superlicence is the "minimum" requirement and "I have to do much more than that to show what I'm capable of".

Williams was impressed by this, adding: "That's Nicholas all over really.

"He's quite similar to George in that sense, despite being quite young he's very mature and level-headed.

"His focus this year has been the F2 campaign and making sure he does the best job possible, not just to secure the licence points but demonstrate he's worthy of a seat in F1.

"We've been really impressed by Nicholas throughout the work he's done for us whether that's been in the FP1 sessions or back at the factory in the simulator or just conversing with engineers.

"He's been a nice addition to have within Williams."