Formula 1's spending war between the top teams is to blame for the smallest amount of race winners since the 1988 season, reckons Mercedes boss Toto Wolff

Lewis Hamilton's victory in the Spanish Grand Prix means that for the first time since Alain Prost and Ayrton Senna dominated 26 years ago, only three drivers have won races over a 12-month period.

The lock-out of the top step of the podium by Hamilton, Nico Rosberg and Sebastian Vettel is in contrast to how open the competition was just a few years ago - such as at the start of 2012 when seven different drivers won the first seven races of the season.

Wolff thinks that the situation has been caused by a financial gulf opening up between the top and the smaller teams, and he fears it could get wider with spending at the front of the grid accelerating.

When asked by AUTOSPORT whether it was a worry that only three drivers had won over the past 12 months, he said: "I think with all this talk about a cost cap and cost reduction, that [spending] is going to be reflected in the results.

"It's clear we are going to see a gap between the smaller and larger teams widening, and that is not what we want. And this is probably the reason."

Cost control in F1 has become a major talking point this year, with efforts to find a solution that appeases all teams still ongoing.

A meeting earlier this week to try to move matters forward - with the big teams and smaller outfits split on how best to solve the crisis - failed to make much progress.

But, despite acknowledging the situation right at the front may be hard to change in the short term, Wolff thinks that the performances of Williams this year is proof that smaller teams can still get good results.

"If Williams had got it right strategy-wise in Spain, their car could have finished on the podium," he said.

"This is a team that has considerably less resources than the others.

"I hope that we have more diversity in the results, although not too soon though!"

The scale of Mercedes' domination this year - with Hamilton and Rosberg having not yet been properly challenged for a win - means there is a chance that F1 could have its first season where only two drivers take victories. 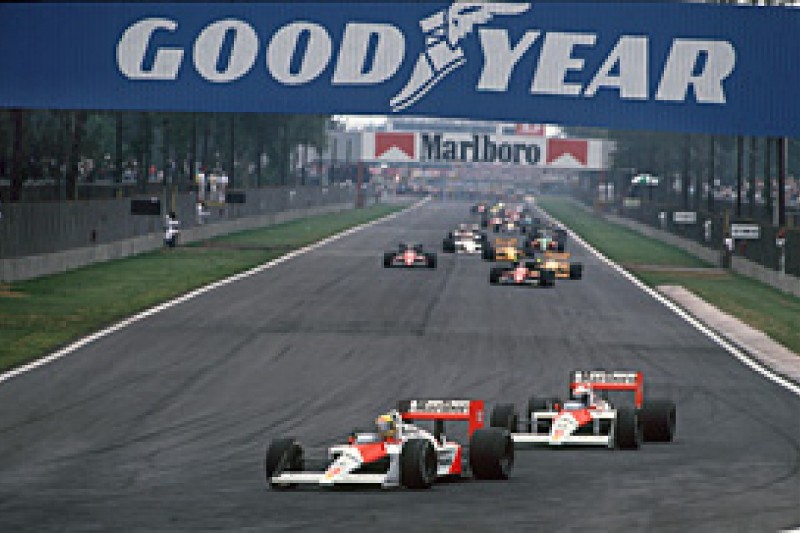 Wolff is more cautious about Mercedes' chances of winning all the races though.

"It's just the fifth race," he said. "If you look at the performance now, you wonder if it [winning all the races] could happen, but then you know there are 14 races to go.

"We haven't had conditions in the race like safety cars at the wrong time or thunderstorms.

"Also they [the drivers] didn't touch yet - which allegedly is going to happen... or not hopefully! So it's much too early. We would be 'losing the plot' to think about that."

NUMBER OF WINNERS PER SEASON

Fernando Alonso is not the only person who believes that Mercedes' level of domination this year could help it win every race.

With F1 already only had three race winners in the past 12 months, a campaign with just two winners would be a first.

Here is a graph showing the number of race winners there have been each season since 1988 - the last time there were three:

THE LAST TIME IT HAPPENED

Lewis Hamilton's victory in this year's Spanish GP means that only three drivers have won F1 races in the last 12 months: the Briton, his Mercedes team-mate Nico Rosberg and Red Bull's Sebastian Vettel.

The last time this happened was back in 1988, although the run then stretches back to the 1987 Japanese Grand Prix.

Here is how Gerhard Berger, Ayrton Senna and Alain Prost locked out the top step of the podium from Japan 1987 to Australia 1988 - a total of 18 races: