Kvyat was trying to pass Raikkonen for 12th place into the first corner with 12 laps to go when they made contact.

While Toro Rosso driver Kvyat was able to continue and finish 15th, Raikkonen was out on the spot with broken front suspension.

"I was surprised because I made a move, I made it clear," said Kvyat.

"He moved under braking, a thing we discuss a lot, and he was the one against it, actually. I'm surprised he did it.

"He just... suicided himself. He tried to kill me as well."

Kvyat also speculated that Raikkonen was "trying to cover his team-mate". 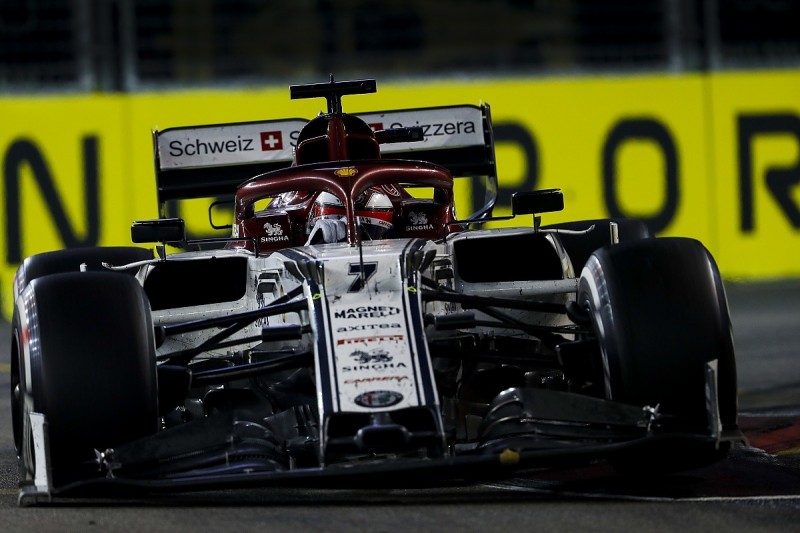 Raikkonen had let the other Alfa Romeo of Antonio Giovinazzi - which had fresher tyres - past shortly beforehand.

Both Kvyat and Raikkonen were called to see the stewards' to discuss the incident after the race.

Kvyat admitted it had been a messy race overall, as he fell back with high tyre wear early-on, struggled with condensation on his mirrors and then picked up car damage in his clash with Raikkonen.

"I didn't understand the problems in the first stint, but my tyres went away quicker than others - I don't know why," Kvyat added.

"The second stint actually was the opposite, they lasted very well. And I was on the gearbox of others, and then we pitted for options.

"I had a chance to score points, but messy restarts a bit from my side, a bit partially because I couldn't see much in my mirrors, which was an obstacle to seeing anything behind you, and yeah, then in the incident with Kimi I damaged the car, so it was a difficult afternoon."