The Mercedes Formula 1 team's dominant pace advantage in the Abu Dhabi Grand Prix was a "one-off", according to Ferrari's Kimi Raikkonen

Valtteri Bottas and Lewis Hamilton secured a comfortable one-two for Mercedes at Yas Marina, with Ferrari's Sebastian Vettel finishing 19.330 seconds off the pace in third.

Raikkonen was a further 26s adrift and said his race to fourth was "boring" and like "endurance racing" because the Yas Marina track requires significant fuel-saving.

When asked if he was concerned about the deficit to Mercedes, Raikkonen said: "I don't think so. It's just a one-off race.

"Obviously we've seen in some other races that one team is stronger than others.

"At the last race of the year obviously we want to do as well as we can but they were strong."

Ferrari looked a match for Mercedes in the 2017 title fight until a turbulent September in which both its cars were eliminated in the Singapore GP start crash and then a run of reliability woes began.

But Ferrari still came from a win-less 2016 to take five GP victories this season. 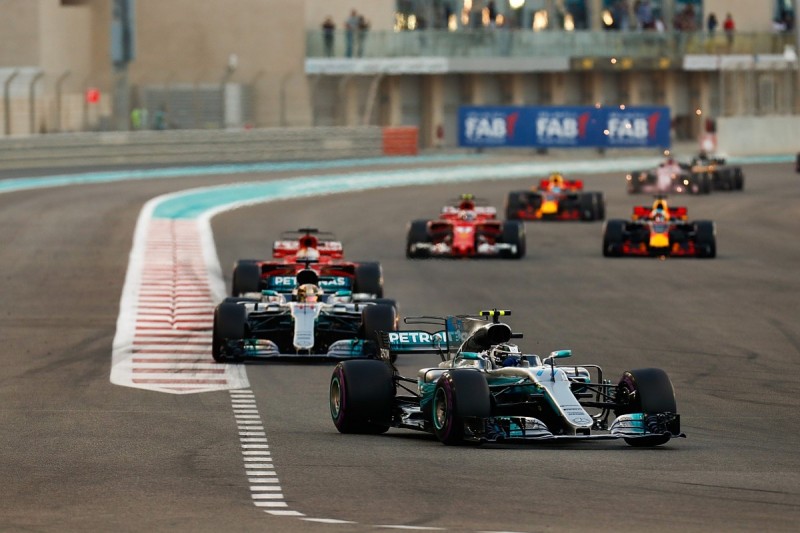 Raikkonen is optimistic about Ferrari's chances of challenging next year and going the distance, having just had its best season since 2008.

"Next year, new cars for everybody, new things and I don't think we should worry too much," he said.

"For sure [Mercedes] were strong [in Abu Dhabi] but I'm not really worried for next year.

"We had a pretty strong car everywhere [this year]. Obviously some places were stronger than others. Some the other way around.

"We'll do our job and we have to improve here and there and minimise the issues and apart from that we should be up there."