Kimi Raikkonen has admitted he continues to struggle with understeer in his Ferrari, after qualifying fourth for Formula 1's Chinese Grand Prix

Raikkonen was a distant fourth in qualifying for the season opener in Melbourne, lapping 0.845s off the pace and going on to finish 22 seconds behind race-winning team-mate Sebastian Vettel.

He conceded then that he suffered with understeer during the Australian GP weekend and that repeated itself in qualifying at Shanghai.

The Finn led the way in Q2 with a late run, but he made only a marginal improvement on his best time in the final segment and ended up almost three tenths down on Vettel.

"The first run in last qualifying was just pretty poor overall, and then we struggled a bit with Turn 3 the whole qualifying - just a little bit still understeering," Raikkonen explained.

"We gave up way too much laptime there, never really got it back. Disappointed, but feeling-wise it was a lot better."

Raikkonen asked on the radio in Q3 if his set up had been changed, but he later explained that his problems were just magnified when it counted.

"There were the same issues, when you push harder and harder, when there's an issue, it just highlights it," he said. 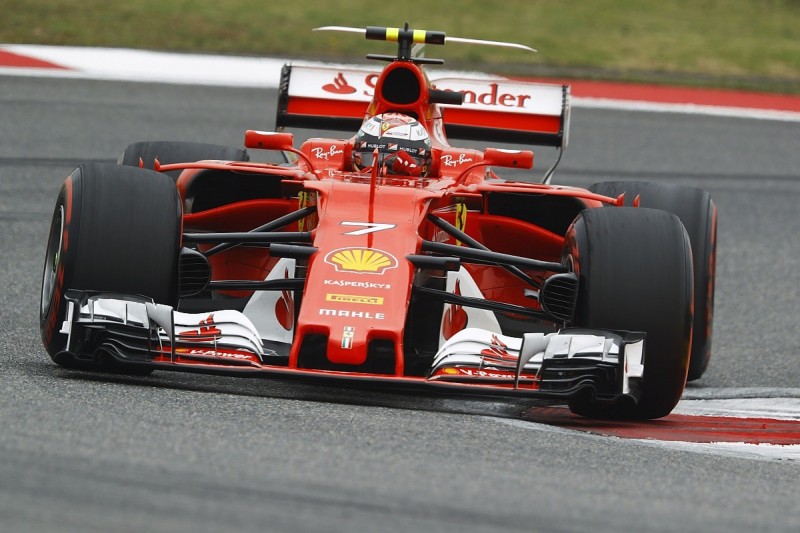 "You need [grip at] the front in certain places to go fast, and it's not big, but it's enough to delay you going on power or carrying speed through tight places.

"It makes enough of a difference to be on the back foot."

Raikkonen said he was running a slightly different set-up to teammate Vettel and lamented the fact that he didn't get to work on it on Friday, with FP1 run in wet conditions and FP2 cancelled.

"It really probably is the worst time to have a day like yesterday," he said.

"If yesterday we could've run, we would've made a much clearer [set up] decision. But this is how it is sometimes.

"It's taking a little while [to solve the problems] and obviously not ideal, but we know the issue and we just need some clear Fridays.

"I'm sure next race we can be a bit more happy.

"Overall it's not too bad, it's just the small things, and small things make a big difference in the laptime."