The Finn's management team declared earlier this week that Red Bull was no longer an option for Raikkonen next year, leaving the way clear for Daniel Ricciardo to replace sportscar-bound Mark Webber as Sebastian Vettel's team-mate.

Then at Spa on Friday Red Bull boss Christian Horner insisted the team had not ruled Raikkonen out.

Raikkonen said he was bemused by the situation.

"I had no answer from them," he told reporters in the paddock. "We will see what happens.

"You have to ask them what they will do. I don't know any better than you guys."

"We never heard anything for a while, which is not the ideal situation, but that's how it is."

While staying at Lotus is believed to be Raikkonen's most likely option, he has also been linked to Ferrari.

But he refused to be drawn on his future on Friday and hit out at media coverage of his contract talks.

"There is no different answer I can give you," said Raikkonen.

"Until there is anything 100 per cent sure, I've nothing to tell. 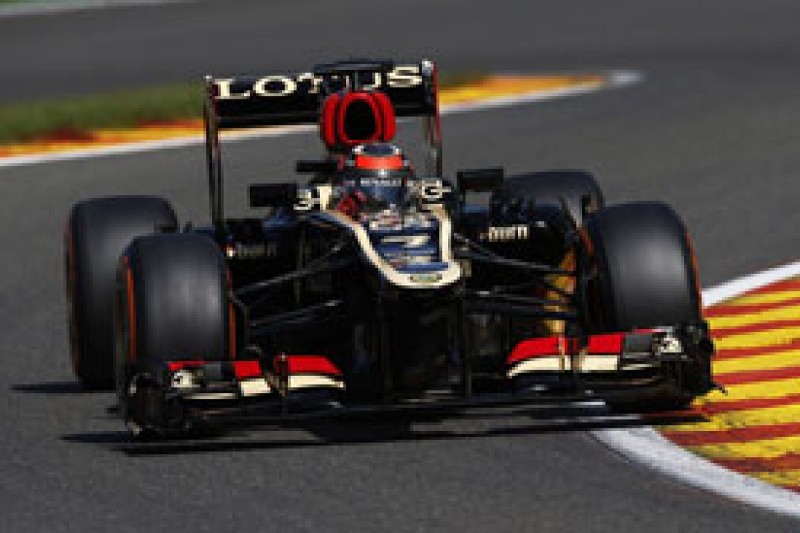 "There is a lot of talk I'm supposed to go to McLaren, I read somewhere, then there's Ferrari, and then there's Lotus.

"I still don't have a contract so what else can I say?

"Until I can tell you anything 100 per cent, you keep asking and I keep saying the same things.

"We will not get anywhere and then there is a lot of bullshit in the papers about the different options, that this will happen, that this guy said that.

"There must be much more interesting things to write about and tell people than the same things over and over again."