Williams performance chief Rob Smedley says it would be technically straightforward to introduce closed cockpits into Formula 1, should the sport decide to in the wake of Jules Bianchi's accident

Marussia F1 driver Bianchi suffered a serious head injury after crashing into a recovery vehicle in the closing stages of the Japanese Grand Prix.

The sport has repeatedly discussed introducing cockpit surrounds on cars, since Felipe Massa suffered his own serious head injury during qualifying for the 2009 Hungarian GP and Fernando Alonso had a fortunate escape at the start of the 2012 Belgian GP.

Formula 1's governing body the FIA has conducted experiments with cockpit canopies (pictured, below) and Smedley said it would be a simple process for the sport to introduce them.

"From a technical point of view it's something very easy to implement," Smedley said.

"It's something that we've looked at in lots of the technical working group meetings and we've been back and forwards.

"Whether that would have made a difference to the accident that Jules had, I've got no idea.

"We don't know how strong anyone's car is in that type of accident. It is a freak accident." 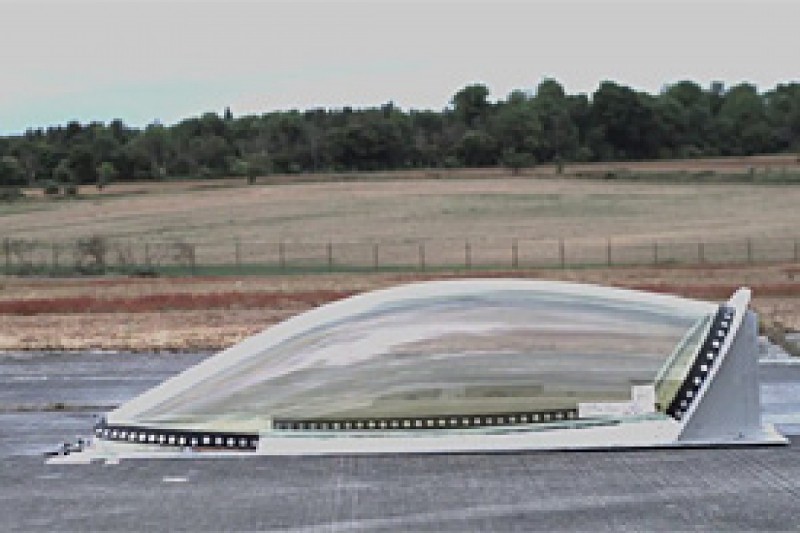 Introducing closed cockpits would re-open debate over the fundamental nature of F1 cars, but Smedley said he would have no issue with them.

"It would change the look of Formula 1 cars, which I guess there is an argument for - they are [currently] open-wheel, open-cockpit racers," he added.

"Does that change the formula a bit? I think if you compare the cars in 2014 to the cars in 1950, when the world championship started, they don't look very similar.

"So whether aesthetics is an argument or not, it's certainly not one for me; maybe for other people."

New Grand Prix Drivers' Association chairman Alex Wurz said it was important for the sport to properly analyse the exact circumstances of Bianchi's accident before making any fresh safety demands.

"None of us wants an accident like this and the FIA has always put safety as priority," Wurz said.

"I am part of some of the research groups, I know how much effort these people are putting in. It never stops.

"I'm not currently [demanding more safety]. What I have learned over the years, [is that] this is the not the conclusion when you don't know all the facts."