Jerez F1 test: McLaren-Honda says it knows what its true pace is

Although it ended each day of running with the slowest laptime, McLaren says that the nature of its work and the interruptions caused by Honda reliability have masked its true potential.

When asked by AUTOSPORT about if the laptimes were a concern, engineering director Matt Morris said: "Obviously it would be nice to be a little bit further up, but we have got great simulation tools these days.

"We know where we are in terms of our performance because we are not running at maximum performance at the moment.

"If we look at that and add on where we should be, I am not worried really.

"It would have been nice to be further up the timesheets but it's nothing really to worry about.

"That is as fast as we are going at the moment and that is where we are."

Jenson Button set McLaren's fastest lap of the week on the final day with a 1m27.660s - which was more than six seconds slower than the quickest time overall.

That was set by Kimi Raikkonen on the last day of the test when he did a 1m20.841s lap in his Ferrari. 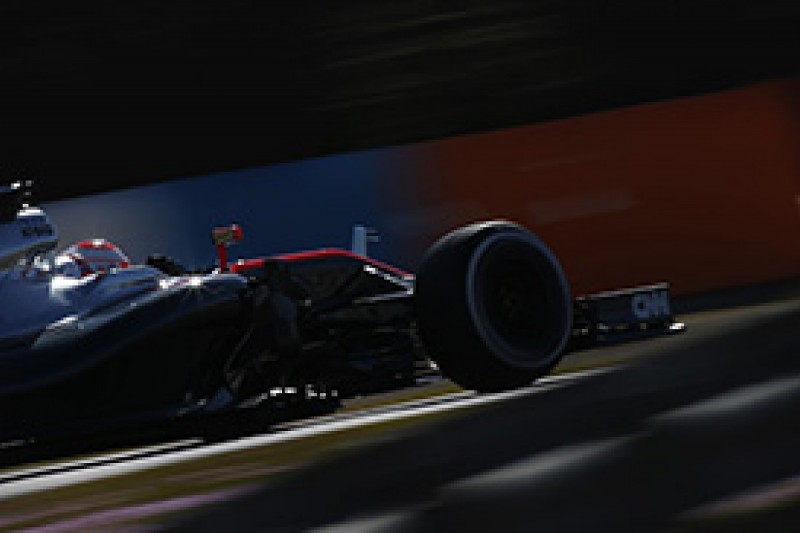 McLaren and Honda need to make big improvements in reliability too - with all four days being affected by problems.

Button's final day was hit by an operational issue that related to oil levels in the morning, before he was eventually stopped by a fuel pump problem.

The difficulties follow a similarly troubled time in Abu Dhabi last year, but Morris said that the issues appeared much worse than they were simply because of the amount of time each problem took to rectify.

"We basically came out of the Abu Dhabi test with two or three pretty big problems which we have actually sorted," said Morris about the progress since November.

"So we were confident here that we were going to have a pretty trouble free time. Unfortunately we had a few issues.

"They have been small, annoying issues - no major problems. But it means we have been sat in the garage for quite a long time."