McLaren can catch Formula 1 pacesetter Mercedes this year as long as it maintains an aggressive development push, reckons Jenson Button

Although the Woking team concedes that Mercedes is currently well clear at the front of the field, Button is convinced that the platform McLaren has is good enough for it to close the gap over the course of the campaign.

And with a number of aerodynamic upgrades arriving in Malaysia this weekend, with more planned for Bahrain, Button thinks there are reasons to feel optimistic.

"I think aerodynamically there is a lot to gain still in terms of both efficiency and downforce," explained Button, whose third place in Australia helped McLaren to the top of the constructors' championship.

"The direction we went with this car was to have a good basic car that feels right and well balanced - and then to build on downforce.

"That is exactly what we have done. Out of the box the car was what we expected and quite low on downforce.

"We were a little bit surprised by our pace in Jerez [test], and in Bahrain we saw our true pace. But I think as long as we keep developing the car as we expect to, we should be able to catch Mercedes. But that is just an estimate."

'NOT JUST ABOUT DOWNFORCE' 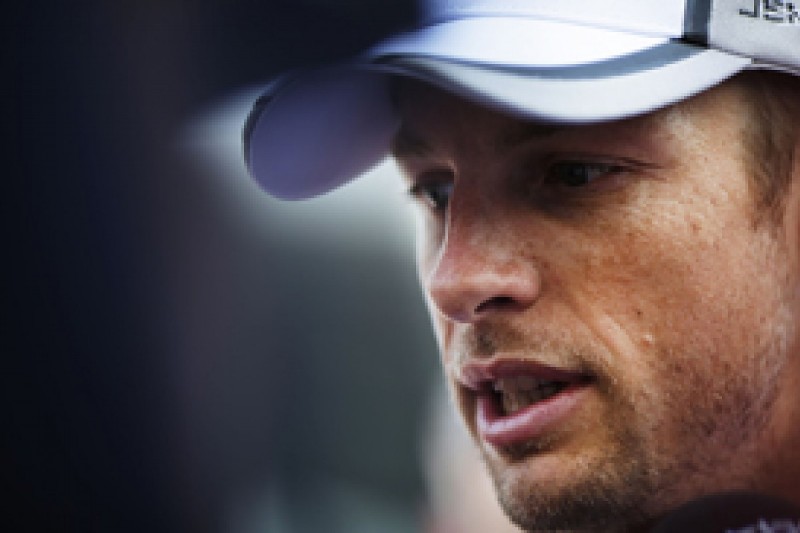 The McLaren updates for Sepang, which include a different nose design, are aimed to both deliver more downforce and help Button and team-mate Kevin Magnussen find a better balance on their car.

"It is more than just sticking on downforce," said Button. "It should help us achieve what we want with this car, because we found ourselves limited in Melbourne.

"This is a high speed circuit compared to Melbourne, and that is an area where we are not at our strongest. So that does hurt us a little bit.

"In terms of low speed corners, I think we are going to be strong at this race which is good, as that is where a lot of the laptime is made up as you are in the corner for longer. I think our efficiency should be a lot better as well.

"I am pretty positive with the direction I am taking with the car. I hope we can keep bringing stuff to every race, as that is the only way we are going to catch Mercedes."

Malaysian GP: Lewis Hamilton fastest for Mercedes in practice one