Jenson Button can see himself racing in WEC after F1 career

Jenson Button wants to race in the World Endurance Championship and run a World Rallycross team after Formula 1, but he remains coy over when his grand prix career will end

After saying he had made a decision about his future and indicating he was no longer enjoying F1 following the Singapore Grand Prix, the McLaren driver has declined to comment on his 2016 situation in Japan this week.

But asked by AUTOSPORT if he could envisage racing in the WEC at some stage post-F1, Button said he had increasingly warmed to a series he had once ruled out.

"In the right situation, I could see me doing that in the future," he said of the WEC.

"I've watched a lot of races over the last couple of years and I love the team atmosphere - it's a massive team event.

"Achieving a win in a 24-hour race is something I think every driver would love. It's a very special accomplishment.

"I can definitely see myself racing in the WEC in the future."

Asked to clarify what would count as 'the right situation', Button replied "in the right team, if that ever came along, the right opportunity to race in LMP1" but he declined to comment on whether a Porsche offer for 2016 would appeal.

He also expressed enthusiasm for getting involved in World RX, though he suggested this was more likely to be in a team management role.

Button recently tested rallycross machinery for a television feature, and his father John was a British championship frontrunner in the 1970s. 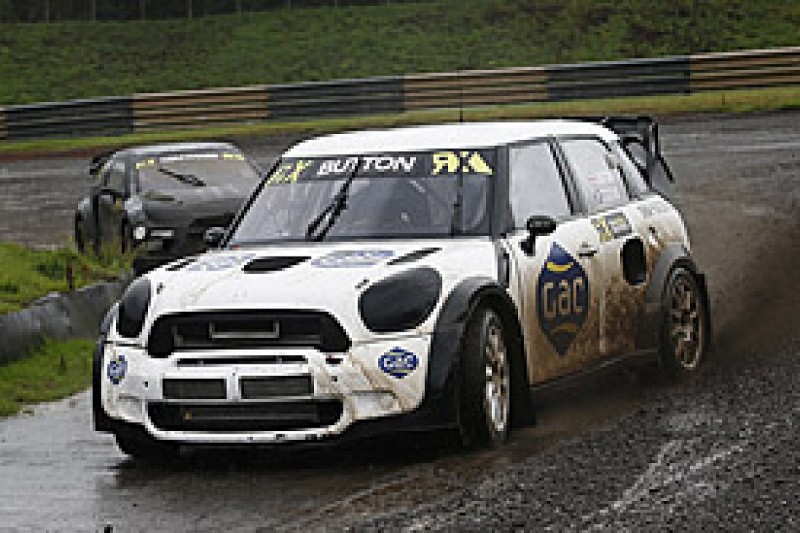 "I would like to have a team in rallycross," he said.

"It's something that my dad raced in and loved, and I've got a love for it after driving one a few weeks back at Lydden Hill. That's possible.

"I think it looks like a fun category to be involved in.

"So that's something for the future, definitely. It's definitely something I've looked at.

"There's other things I'd like to do that won't be a job but that I'd love to achieve in other sports.

"Coming off the back of my F1 career, it would be quite fun to do something different."

McLaren chief operating officer Jonathan Neale indicated on Friday the team wants Button to stay but was still in talks, admitting "if your driver really doesn't want to be in the team, you have to respect that".

Button preferred not to elaborate on the status of the McLaren discussions.

"I have nothing else to add about next year," he said.

"I think I said enough about it, and who said that Jonathan was talking about me anyway?"

Asked what the key factor in his 2016 decision would be, Button replied: "To succeed in whatever I do, that's the most important."