Button and team-mate Fernando Alonso finished the penultimate race of the F1 season in 15th and 16th places, one lap down on victor Nico Rosberg.

The Mercedes driver lapped the entire field up to fifth place, and blue flags were a common sight during the second half of the race.

It provided a stark reminder about how much work is still ahead of McLaren and power-unit supplier Honda.

"When they come past, it's scary how fast they are everywhere - especially through the straights," Button said.

"[Against] the mid-pack [cars] through the corners we're actually pretty competitive, and can have a bit of fun out there, which is great.

"But there's no way for us to pass anyone, and they're so far back in your mirrors and then they're next to you in Turn 1.

"So it's really difficult to judge."

McLaren got both cars to the end of a grand prix for the just the seventh time this season, and Button said he could draw positives from how close he finished to Toro Rosso's Max Verstappen, in the final points paying position.

"I think we were 12 seconds off of 10th place and there was no safety car," he said.

"It's not a great position, but I think we're probably closer to P10 than we expected to be.

"We thought we'd be two laps down, and we saved quite a bit of fuel in the race as well.

"No one wants to be a lap down, but if fifth is a lap down it's not so bad.

"I think it does feel like we're going in the right direction with the car, and hopefully the next race will be a little better again."

Alonso finished one spot behind his team-mate, despite a 'frustrating' lead-up in which he stopped on track on both Friday and Saturday due to power-unit problems.

It was not an entirely clean race with his 12th new engine of the season, though.

"I think finishing the race was the first priority after some retirements," he said.

"Unfortunately the car was not working 100 per cent from the beginning with different power and different gears so that was a little bit strange to drive sometimes.

"We fitted a new engine and had some laps to set up the engine so maybe it's normal.

"At least we finished the race and we can take some data and hopefully analyse it." 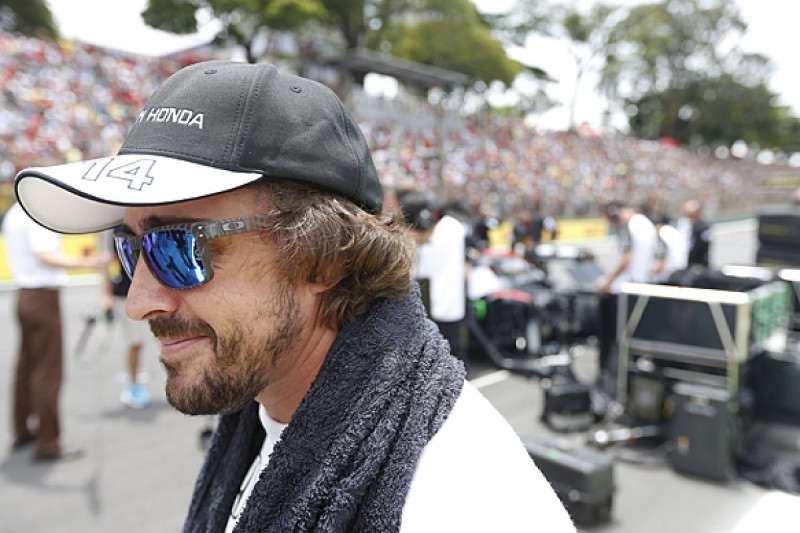