These will be felt in the engine supply field, the driver market and even in the commercial side of F1 and the way it is governed as they will bring about a hastening of the showdown over the new F1 rules, budget cap and F1 constitution after 2021.

McLaren goes from being a works Honda team to a Renault customer, with significant financial consequences. It's not a path that many have willingly walked before.

But McLaren divorced Honda because of failed promises, desperate performance and because it felt the only way to pull out of the nose dive that the alliance was in was to make a change.

Honda is unrecognisable from the company that dominated F1 in the late 1980s and early 1990s. People say that it is the technology that the engineers have failed to master, but Honda is the world's biggest engine maker and if you think about it, it struggled in the late 2000s with the much simpler V8 engine when it had its own team.

This latest failure indicates that the problem is more one of culture. The senior people are not getting the right cues from the engineers below them, somewhere in the system is a blockage, a system of denial.

How else to explain a programme going backwards from 2016 to this year? Or promised upgrades for Montreal this year failing to materialise? 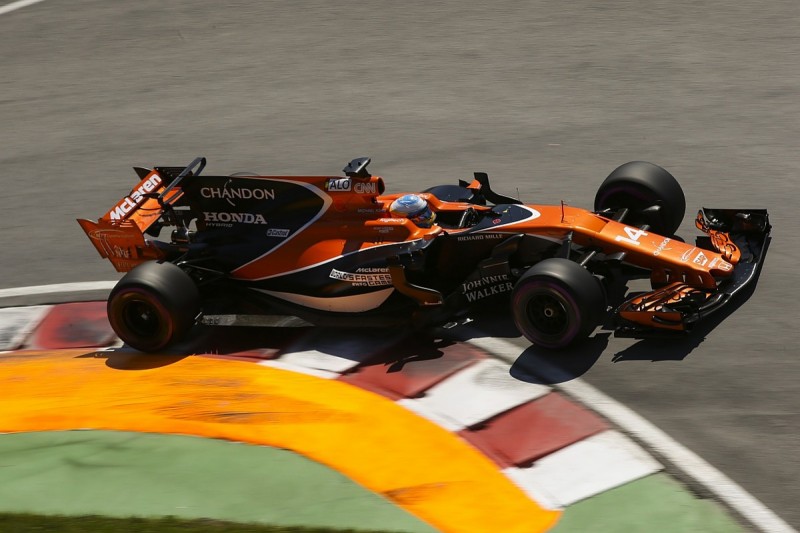 It is certainly one of the strangest episodes in modern F1 history and after three years of torment McLaren's new management and the powerful shareholders had had enough.

Fernando Alonso made it clear that he would not tolerate another year with Honda, but is expected now to stay and show faith with the team using Renault engines. He has real leverage there thanks to his successful history with Renault.

That change at McLaren has had unforeseen consequences for Red Bull, which has been told by Renault that it will not receive engines after the end of 2018.

No-one saw that one coming, but it certainly has its origins in the criticism that Red Bull laid at Renault's door during from 2014 onwards, after winning four consecutive world championships together.

Red Bull appeared to have manoeuvred itself into a position where it had two options going forward; stay with Renault or take the Honda works engine in 2019 or 2020 if it comes good.

It also has another longer-term iron in the fire with Porsche giving careful consideration to making an F1 entry, possibly with the new engine regulations from 2021 onwards.

But if Porsche takes the plunge there will be competition from others, including McLaren, for that deal.

Red Bull's short-term position has been made more delicate, apparently reliant on Honda coming good by the end of next season.

Drivers are part of the trade-off in the McLaren/Renault/Honda/Toro Rosso deal. Carlos Sainz will switch to Renault, although it tried its luck at the 11th hour in the negotiations, asking for Daniel Ricciardo to transfer to the works Renault team.

That was rejected and Sainz is the one making the move, as originally planned. However Red Bull had the foresight to add a piece of elastic to the deal in case it loses one of its two current stars.

The Renault termination will not please either of the Red Bull drivers, who are now clear transfer targets for Ferrari and Mercedes.

Both teams have retained their number two drivers Kimi Raikkonen and Valtteri Bottas on a single year extension in case the Red Bull drivers become available and there will now be real pressure there. 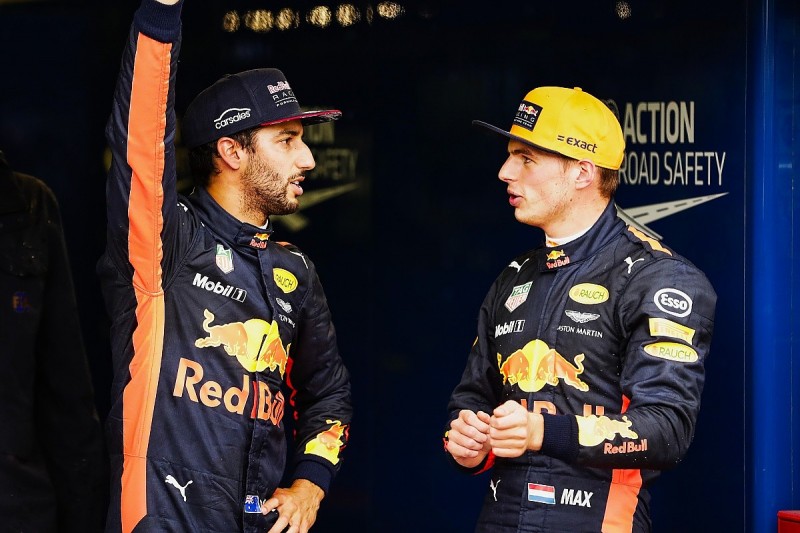 My sense of it is that Daniel Ricciardo would fit with Lewis Hamilton at Mercedes, whereas Max Verstappen would not. Ferrari has been interested in Verstappen for some time, but it would be a less than comfortable fit with Sebastian Vettel.

If the German achieves his goal and wins the championship with Ferrari this year or next then the situation would certainly be easier, but if not then it could be tricky putting Verstappen in there in 2019, when Vettel would have another two years left on his contract as team leader.

Both Ferrari and Mercedes will tell you that it's not a slam dunk that they will poach the Red Bull drivers; both teams are excited by the young drivers they have coming through with Esteban Ocon for Mercedes and Charles Leclerc for Ferrari.

Ocon could be ready for a promotion in 2019, if he continues his current rate of development. Meanwhile Valtteri Bottas, as the incumbent, also has his destiny in his hands, if he can improve his consistency - so the Mercedes driver decision for 2019 will be fascinating.

For Red Bull's owner Dietrich Mateschitz all of this will be hard to stomach. His investment over the years in F1 has been huge and Red Bull has certainly had plenty of brand benefit from it, but will he continue to keep pumping money into F1 if his team starts to slide, potentially losing one or both of its star drivers, if there is not a huge improvement in the Honda engines it appears compelled to use in 2019 and if the rule makers persist with a hybrid engine formula he detests?

So now that the tectonic plates have shifted on McLaren, Renault and Red Bull, the focus shifts to the next stage of negotiations over budget caps and a new constitution for F1. This will now come out into the open.

CEO Chase Carey and his team have a clock ticking down to December 31 2020, the expiration date for the current deals binding in all the teams, except Renault, which signed up beyond that when it returned to F1.

The value of Liberty Media's US$8 billion investment lies in the post-2020 renewals and while it is doing well on renewing contracts with promoters, the teams - the actors in the F1 show - are not tied in yet. Stock market investors hate uncertainty. 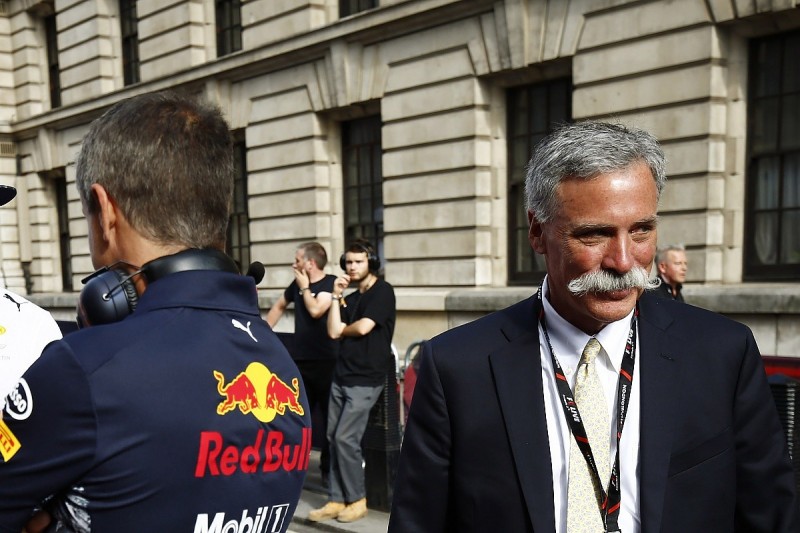 The F1 teams also have an urgent interest in knowing how things are going to be post-2020. The smaller and middle sized teams want a budget cap as soon as possible. The top teams need to know soon as well as they will need a three-year glide path to shed the 200 or so staff that they will need to lose to get into that cap.

Ferrari and Mercedes in particular don't see themselves in the same bracket as all the other teams, don't believe a 'one size fits all' approach recognises their status and history in the sport.

A fight is inevitable and Ferrari has the much-discussed veto right over rules it doesn't like, which was granted to it in the Bernie Ecclestone/Max Mosley days. Many insiders believe it would be better to get that fight out into the open now, rather than wait another six months, which runs down the clock further into 2018.

Carey and the FIA need to know by 2020 who's in and who's out, so they can make provisions for 2021. So that leaves two years from now to resolve everything. Rather like Brexit, it's a complex negotiation with a two-year time limit !

That's why Toto Wolff famously said at the FIA Sport Conference in June, "I wouldn't want to be in Chase's shoes."

The key to it is the alignment between Liberty and the FIA; between Carey and Ross Brawn on one side and Jean Todt on the other.

You hear different views about how aligned they are at this point and Todt will surely have his conditions and his objectives in terms of what the FIA gets from F1 post-2020.

But the teams will exploit any weakness in that alliance. 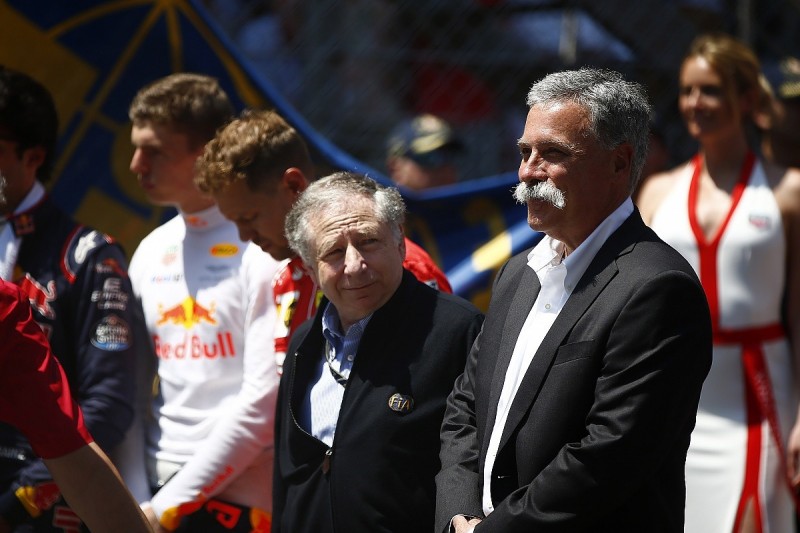