Red Bull driver Vettel took his sixth win of the season at Monza, edging closer to his fourth consecutive crown.

The German is now 53 points ahead of Alonso, who was second in Italy.

With the Ferrari unable to match the Red Bull for pace, Alonso is aware that he will need luck to be on his side from now on.

"I think for the championship, we need to be realistic," said Alonso. "It's still a very big gap and we don't have enough races and probably not have the speed right now to win some consecutive races.

"We need to be lucky and we need to have some DNFs from Seb or something to win the championship. With the races left and the points disadvantage it is hard."

The Spaniard, however, admitted that he had not given up hope.

"It was the same last year," he added. "It was difficult for him to catch up and it was up to us; we didn't complete the job, we had one DNF in Suzuka and other problems.

"There is still a long way to go. We will try until the last race to be as good as we can and score as many points as possible and in Brazil we will see how many points we have compared to this." 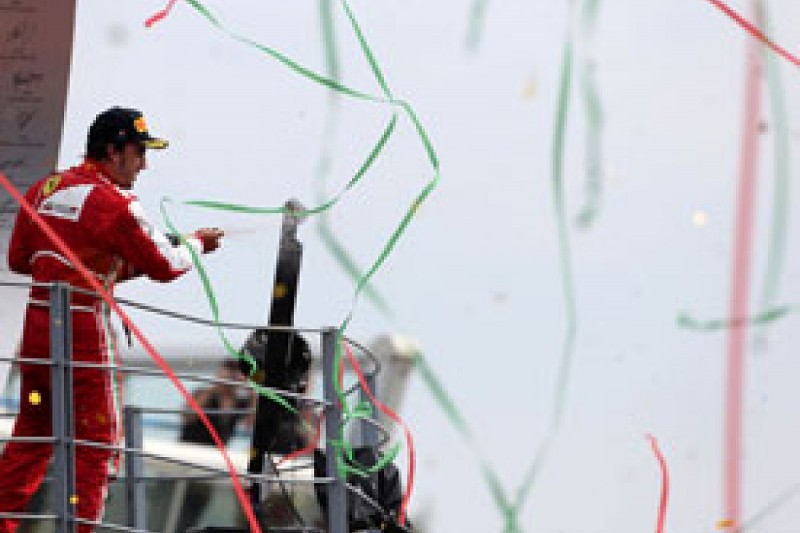 Despite losing more ground to his rival, Alonso said he was very happy with his weekend.

"This weekend we got the maximum from the car, so I'm very happy and today being on the podium is a fantastic feeling again," he said.

"It is something amazing, something unique. We did the maximum and had a nearly perfect weekend.

"We didn't close the gap in the championship, which is the goal every weekend, but we have to congratulate them, they were best this weekend and we have to do a better job next weekend."