In a bid to get as much early mileage as it can with Honda's new V6 turbo engine, McLaren's development car, the MP4-29H, took to the track for its maiden laps.

The chassis has been designed to maximise the information the team and its new technical partner can gather from the installation of the all-new power unit.

It means that the team's definitive 2015 car, the MP4-30, can be developed in isolation to maximise its aerodynamic potential ahead of the new season.

F1's regulations mean that McLaren is limited to just 100 kilometres of running at the filming day, but that should be enough for it to get an indication of any early teething problems with the new power unit.

It will also make it clear whether or not it is worth running the new Honda power unit properly in the post Abu Dhabi Grand Prix test.

Honda is wholly committed to making a success of its return to F1, and its engine chief Yosuhisa Arai said recently that he is expecting victories in 2015.

"We want to raise the awareness of our brand and I trust - I am a firm believer - that we will win races next year." 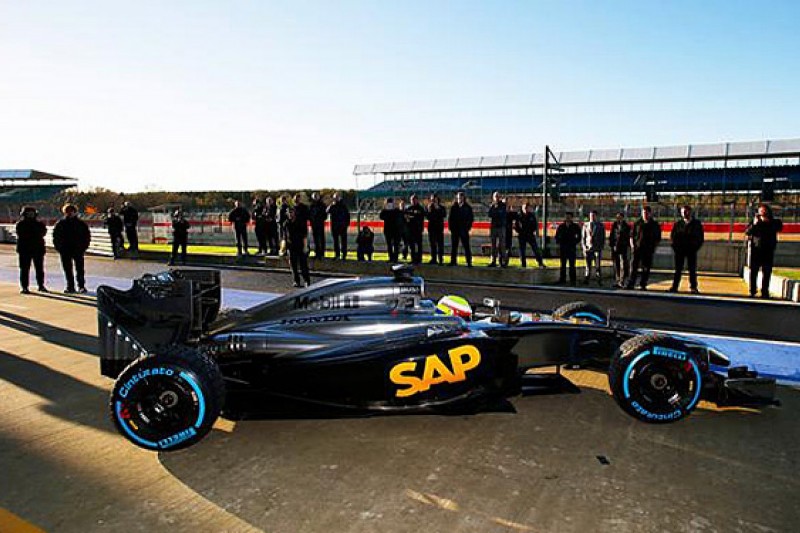