Imola is hoping to sell 13,000 tickets when Formula 1 returns to the venue for the Emilia Romagna Grand Prix on 1 November

The former San Marino GP venue is to host its first F1 event since 2006, having fallen off the calendar as more races were added outside Europe.

Although final official confirmation of permission to open the race to fans is still awaited from the regional authorities, it's understood that the plan has provisionally been agreed.

The track will reserve some of the tickets for local residents.

This weekend's race in Mugello is the first of 2020 open to spectators, with 3000 tickets put on sale, while the Misano MotoGP events - in the same region as Imola - was given the go-ahead to sell 10,000 per day.

In addition to tickets on sale to the public, Imola hopes to cater to 500 Paddock Club guests, plus 500 guests from local sponsors and 300 more from the regional authority.

The track's management will now face a unique marketing challenge in selling the tickets, as it is the first grand prix to be held over just two days, with no Friday practice.

The meeting also currently has no support event programme.

Plans to secure extra races have been on hold pending confirmation that the weekend will be open to the public, because if it isn't, the grand prix will be the only on-track action.

The Formula Renault Eurocup is understood to be one option.

"It will be an extraordinary and legendary event for those who loves F1," Imola boss Uberto Selvatico Estense told Autosport.

"We are proposing different solutions about parking in order to organise the access to the grandstands in a different way. 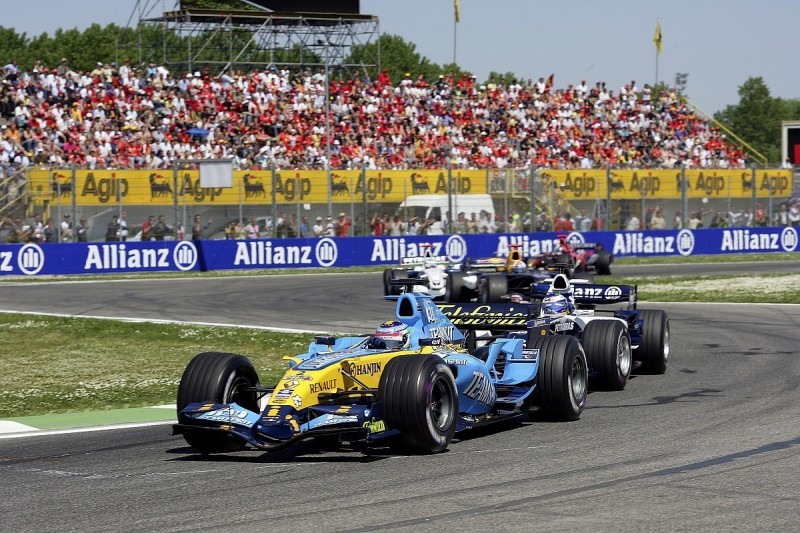 "We'll use all the grandstands of the circuit. We're planning to use three empty seats [between groups of people] in order to maintain the social distancing.

"Considering that spectators will be in grandstands located in open air it will be really safe for everybody.

"So we're working on blocks of 1000 people each, and each block will have its own parking.

"In this way we think we will be able to control and secure everything from the health point of view."

Imola has learned lessons from Mugello after the Tuscan GP venue cut its initial high prices at the last minute and refunded people who had already bought tickets, asking them to buy at the new prices

"We're thinking of proposing the same pricing that Monza had in the past. This will be our strategy.

"We want to give the local public a special allotment in order to give them the opportunity to see the race.

"Obviously we want to maintain a standard for the show, so they will not be so cheap, the tickets, but I think people understand that."

Selvatico Estense indicated that income from ticket sales will be split with the F1 organisation.

Traditionally it is kept by the venues, and used to pay race hosting fees, but in 2020 that model has been abandoned.