How will the F1 2016 Rosberg Hamilton title decider play out?

The 2016 Formula 1 world championship is Nico Rosberg's to lose heading into the season finale in Abu Dhabi, but as we've so often seen in the past title deciders rarely run entirely as expected

With Rosberg only needing a third place to guarantee the crown, but vowing to fight for victory at Yas Marina, are we likely to see any surprises along the way this weekend?

Autosport's team of reporters in Abu Dhabi for this weekend - Grand Prix Editor Ben Anderson, F1 Reporter Lawrence Barretto, and Editor-in-Chief Edd Straw - have their say on what to expect from the 2016 showdown.

How should Nico Rosberg and Lewis Hamilton each approach the Abu Dhabi Grand Prix weekend?

BEN ANDERSON (@BenAndersonAuto): Hamilton can only approach this race in one way: go all out for victory.

This has served him well recently, earning Hamilton a clean sweep of wins in America, Mexico and Brazil that has narrowed Rosberg's sizeable advantage to just 12 points heading into this Sunday's finale.

All Hamilton can do is win and hope for the best, which he seems to have made his peace with after a wavering personal campaign.

Rosberg says he will not alter his own approach to this race, going for victory again as he has tried to do all season long.

But it's not as simple as that. He's certain to have a car capable of winning the race, but he only needs to finish third to guarantee taking the title regardless of what Hamilton does. 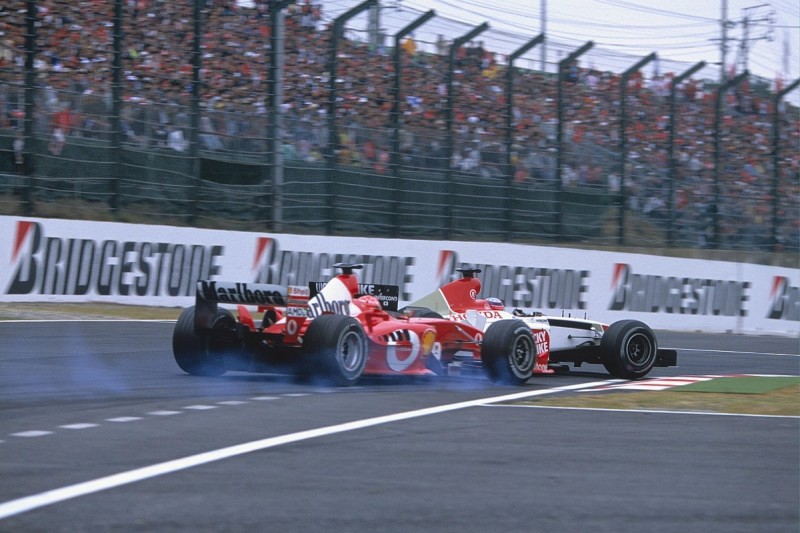 Recall the way Michael Schumacher scraped home to the eighth place he needed to clinch the 2003 crown in Japan, after surviving contact with Takuma Sato's BAR-Honda along the way?

Even with the championship in the palm of your hand, and in the case of Schumacher multiple successes to your name already, pressure can do strange things when F1's ultimate prize is tantalisingly within reach.

EDD STRAW (@EddStrawF1): The approach for both should be pretty straightforward - just focus on the job in hand and deliver. Then, all things being equal, they should be first and second. It really is as simple as that.

Of course, when it comes to the pressure cooker environment of a world championship decider, it's never quite that simple. But if both can do what sportspeople always say they need to do - to take it one step at a time and not approach things differently - then they will come out with the results they need.

Rosberg can afford even a below-par result, third, regardless of what Hamilton does but it's essential that he doesn't go into the weekend aiming for that. Unusual conservatism would be a big mistake.

LAWRENCE BARRETTO (@lawrobarretto): Rosberg took some time out with friends and family after Brazil to ponder his approach to the season-ending Abu Dhabi Grand Prix and then decided he wouldn't change a thing. It's hard to blame him.

He's done the hard work already, making the most of his opportunities when they came and riding his luck at times, to build this 12-point lead. If that approach has worked so far, why change?

It's equally simple for Hamilton. The reigning world champion has to focus on nothing other than winning the grand prix.

If lady luck is not on Rosberg's side and he gets the best possible result the Mercedes is capable of, there is nothing Hamilton can do about it.

Is there anything Hamilton can do to boost his chances of an upset, or hinder Rosberg's?

BA: The best thing either driver can do is not worry about what the other is doing!

This is what undid Hamilton in Japan earlier this year - seeking a special set-up that could outwit Rosberg and give him a crucial edge.

In the end, Hamilton lost that race and put the destiny of this championship firmly in his rival's hands. 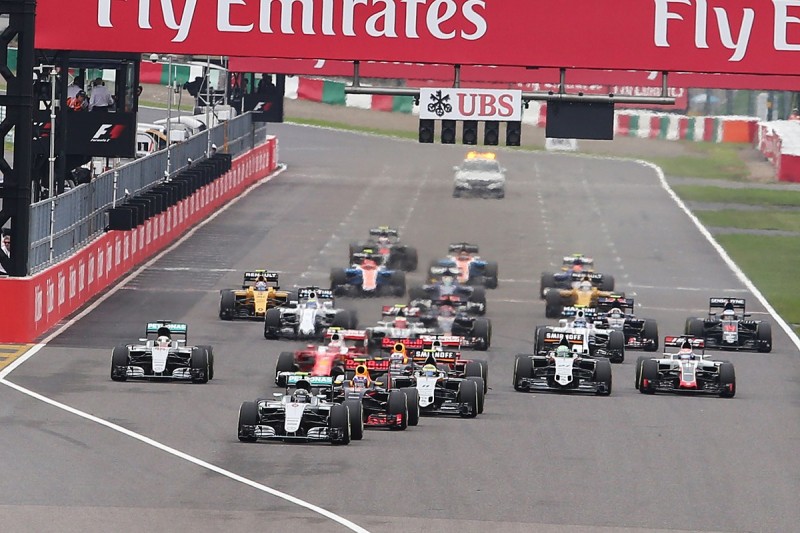 Some extra mind games probably wouldn't go amiss though. Rosberg has never been in this situation before, leading the championship heading to the final race, so will definitely be feeling the pressure however else he tries to portray things.

Hamilton should use this to his advantage, if he can, perhaps by reminding Rosberg how often things can go wrong at the death, as Hamilton knows all too well from the way his rookie season ended in defeat in 2007.

Rosberg's car broke down during their 2014 title decider at this track. That must surely play on the back of his mind too.

LB: Hamilton's best course of action is to dominate from the outset, topping all three practice sessions and then pulling out a blinding lap in qualifying.

That's the only way he can put pressure on Rosberg, who may not react well mentally given the enormity of the situation if there are huge gaps between him and his team-mate, even if that is ultimately irrelevant this weekend.

Other than that, he has to hope Red Bull has the pace to challenge and, critically, employ a strategy that allows Max Verstappen and Daniel Ricciardo to get in the mix - something it was unable to do in Brazil - or that his team-mate suffers a mechanical failure. But both are out of his control. 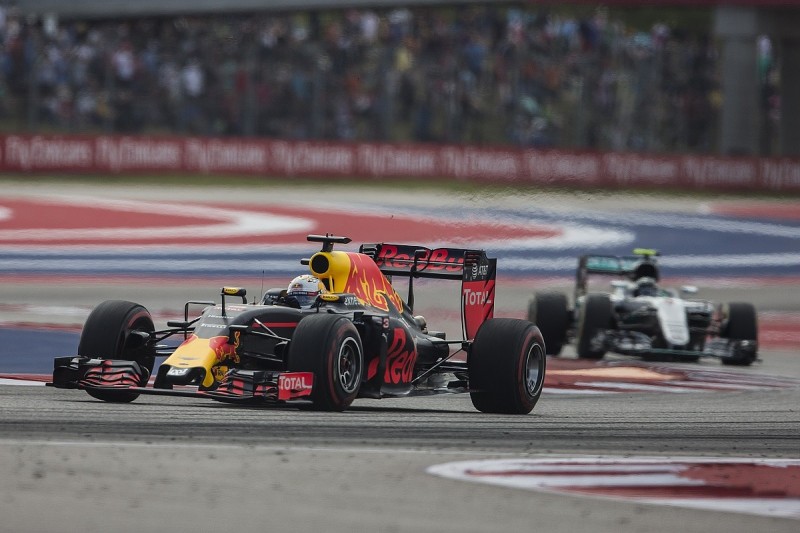 ES: Realistically, no. He can try to be the faster driver and he can aim to be ahead on the road in order to maximise the pressure on Rosberg, but beyond that there's not much he can do to turn the tables on his team-mate.

Some say he should try to back Rosberg up into cars behind, but that's a long shot. If anything, that could be counter-productive as Hamilton's best chance of winning the championship is if Rosberg hits reliability problems. It's improbable he could spoil his race to the extent Rosberg finishes outside the top three.

So what Hamilton needs to do is be up front to capitalise if Robserg makes a mistake, suffers a mechanical problem or is collected by a backmarker.

When the chequered flag drops on Sunday, which Mercedes driver is the 2016 world champion?

LB: It's hard to say anyone other than Rosberg without coming across as a fantasist.

The German has had supreme reliability all season, delivered when it mattered and ultimately scored the most points - so he deserves the title.

Hamilton can argue that he has been the better driver, but because of mechanical failures, he has lost crucial points - and that is part of the game.

Big points swings are not unheard of - Kimi Raikkonen came from seven points behind when there were only 10 available for a win in 2007, of course - but unlikely.

Should that happen, Hamilton would be no less deserving and a prime example that you should never give up, however challenging your prospects.

But the chances of that are small. With that in mind, Rosberg is the most likely 2016 champion. 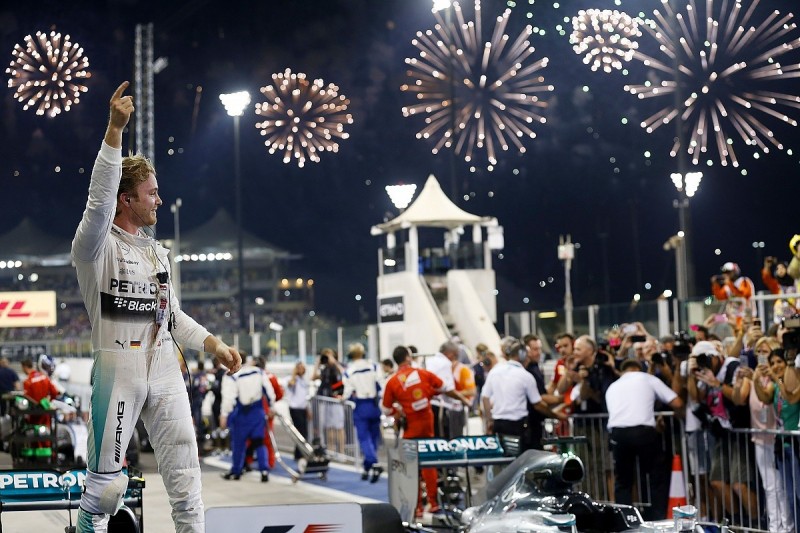 ES: Picking one bookmaker at random, Rosberg is 2/9 to win the world championship and Hamilton 100/30 - and there are very good reasons for that. So Rosberg should be world champion.

Historically, drivers rarely turn around deficits of this magnitude. Yes, reliability could intervene but mechanical problems are just as likely to hit Hamilton's Mercedes as they are Rosberg's. Given such a problem is Hamilton's best chance, and it's no less likely to afflict him, that's also a long shot.

So eliminating the reliability question, which is simply guesswork, this question effectively boils down to one of whether Rosberg will throw it away.

Given weather conditions should be dry in Abu Dhabi and there's not much to hit except other cars, the chances of Rosberg blundering, even in under the most intense pressure, is surely pretty small.

BA: It seems highly unlikely that anyone other than Rosberg will be crowned champion this season.

He has a decent points lead and the fastest car in Formula 1 at his disposal. All he needs to do is keep it clean and finish on the podium, which he has managed to do in 15 of the 20 races held already this year.

If Rosberg is going to finally win a world championship it would be nice to see him do it in style by winning the race as well, rather than scraping home with just enough points to get the job done.

He hasn't really out-driven Hamilton over the balance of this season, so what better way to clinch the championship than by doing just that when everything is on the line? 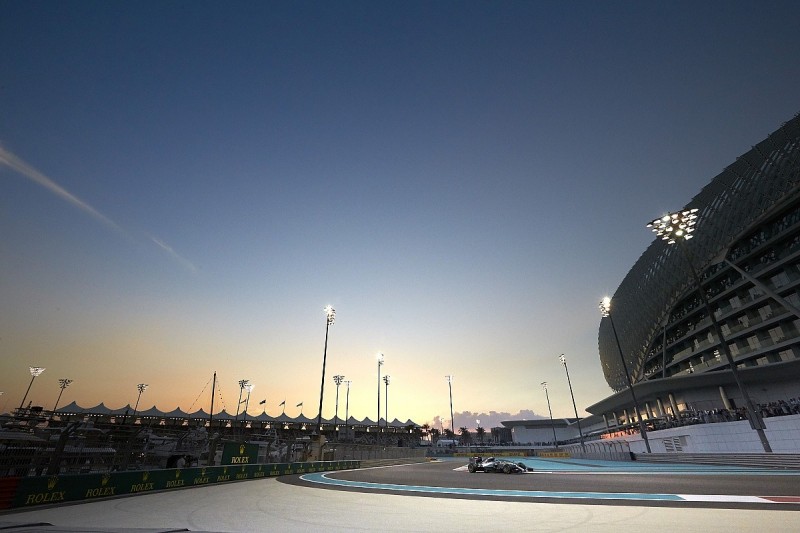