The shockwaves that have reverberated around the motorsport community following the death of Ken Block have told their own story about the impact he made on everyone.

While the American’s competitive arena was in rally cars, the influence he had stretched far beyond asphalt and gravel stages – and reached not only into the Formula 1 paddock, but the wider world too.

Block's Gymkhana videos were the stuff of legend, as his groundbreaking use of social media to make the thrills of modern motorsport mainstream was streets ahead of anything championship organisers, teams or drivers were doing at the time.

Former F1 world champion Jenson Button perfectly summed up the feelings of a lot of people at Block’s passing.

“In shock at the passing of Ken Block,” posted Button. “Such a talent that did so much for our sport. He was a true visionary with his own unique style & infectious smile. Our sport lost one of the best today but more importantly a great man.”

Block’s impact and superstar status was such that a decade ago F1 tyre supplier Pirelli even paved the way for the American to properly test a grand prix car before the plans fell through.

Pirelli had worked extensively with Block in the WRC and, after making its F1 return in 2011, saw the opportunity of a car test for Block to help highlight its global presence in the two leading world championship categories.

From an original question prompted by Rafael Navarro, then Pirelli's head of motorsport media relations in the United States, about the possibility of an F1 test, it was its then-motorsport chief Paul Hembery who got the wheels in motion to come up with a plan. 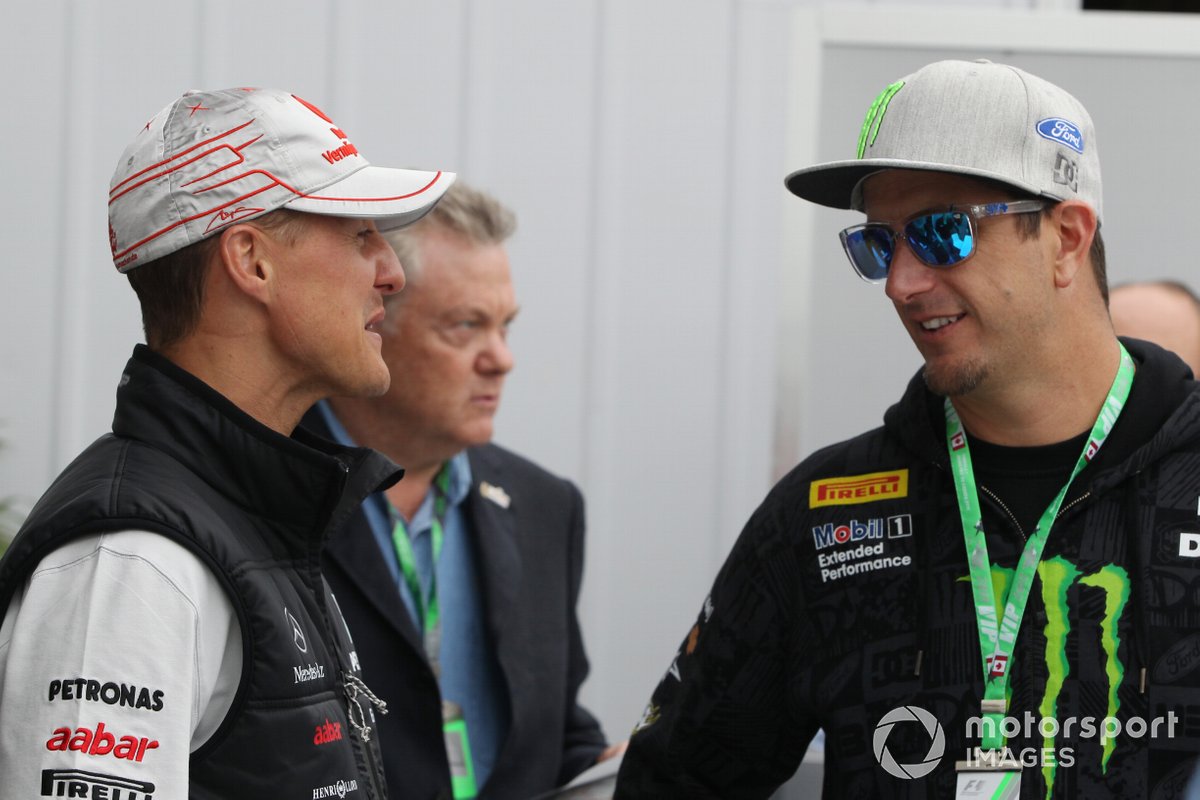 A car was sorted thanks to Pirelli having agreed a deal with Toyota to use its two-year-old TF109 throughout 2011 to help its development work.

And a date was settled with Pirelli planning a three-day test at Monza in August 2011. The first two test days would see Lucas di Grassi conduct tyre work, before handing over to Block for the final day.

Everything was firmed up, and Pirelli made the announcement of Block’s test at the Canadian Grand Prix, where he enthused about the opportunity.

Appearing in the Montreal paddock, Block said: “I never imagined that something like this would even be available.

"But Pirelli saw the idea of doing something unique and different with me. They have been a great partner with me for everything I have been doing, so it is just something that for me is a dream come true. I have so little experience in open wheel asphalt, so it will be a huge learning experience for me."

Block’s test was not just about giving him the experience of running in the F1 car though, as he was toying with the idea of some Gymkhana style stunts along the way.

Speaking to him in Montreal about the possibility, Block had smiled: "I am going to see what I can talk them in to. Obviously it is a very expensive car, but I have asked a few questions and they have given me some funny looks. I will see what is possible."

A few weeks after the Canadian GP weekend, Block travelled to Toyota’s headquarters in Cologne to increase his preparations for the test.

The plan that day was for him to run in the F1 simulator so he could get used to the speed and demands of grand prix machinery (especially as he had not driven a top-level single seater before), as well as do a seat-fitting for the test. 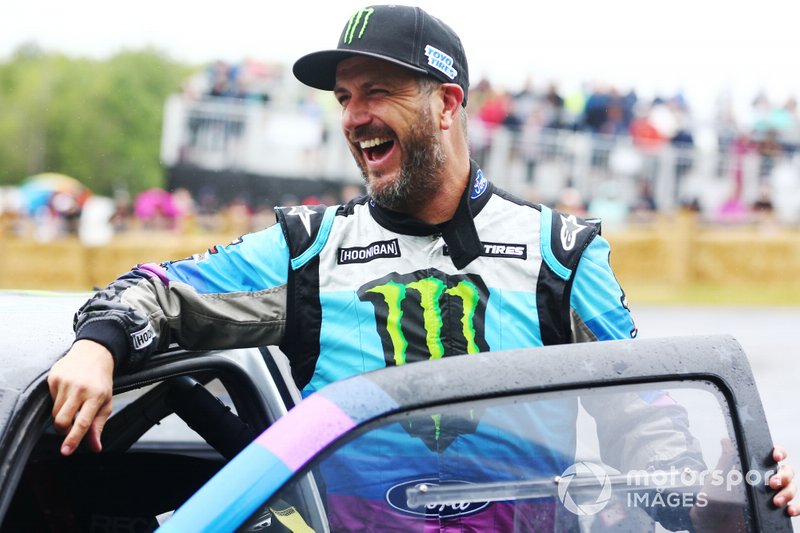 And it was there that Toyota and Block found a snag. While his 1.83 metres height was not a total obstacle, as many F1 drivers have been taller, his build and body shape – and especially the length of his legs – were much more of an issue.

Let's not forget the TF109 had been designed for the much shorter Jarno Trulli and Timo Glock.

Although Block could sit inside the car to get below the roll-hoop requirements, in doing so his legs were positioned such that they blocked the movement of the steering wheel.

Toyota looked at making some car tweaks to try to help but, with time running short, a few weeks later it had to abandon the plans for Block to get out for the August test.

Pirelli kept pushing in trying to find alternatives, and even looked at what options there were in previous generation cars, but to no avail.

“We didn't give up,” said Hembery today, as he reflected on his memories of working with Block.

“But the level of modifications were going to be just too great. Bear in mind at that time, Toyota were essentially winding down [It had quit F1 at the end of 2009]. They didn't have to strengths they had before. So the ability for us to make such changes was too limited.

“In the end, we couldn't make it happen, sadly. I know how disappointed Ken was, because he was a thrill-seeker. The opportunity to do something like this was once in a lifetime, and that sadly didn't come to happen.”

Hembery thinks that had the test gone ahead, it could have been a massive moment for F1 in reaching out to new audiences at a time when the series was not as tuned in to the younger generation as it is now. 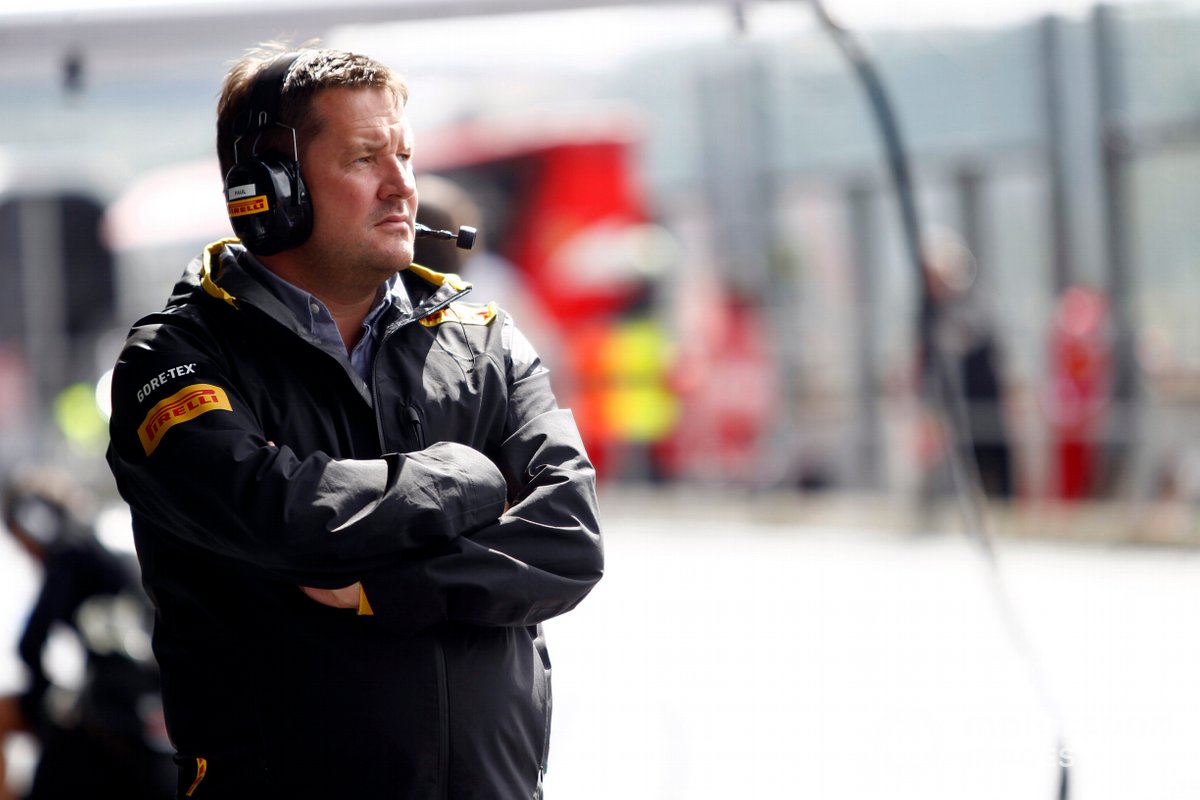 In fact, at the Canadian GP, Hembery had had to fight hard to secure Block a grid pass because F1 had not been so convinced he was a big enough name to have justified one.

After eventually securing the right credentials and making it on the grid, the cheers that Block got from fans – and the fact mechanics were mobbing him for selfies – proved Hembery right that he was exactly the person F1 needed to make more of, and that the test would only help boost this.

“You have to bear in mind when we came into the sport, F1 was a little bit tired and staid,” said Hembery. “There wasn't a lot of action going on on the track.

“So I think Ken doing something really a little bit different, taking an F1 car in Ken-style around the track, working out how he could slide it around and get it working in the way he would drive it, I think would have been sensational.

“It would have been a great fun thing to have done. And it's obviously with great regret that we couldn't do it.”

While Hembery’s departure from Pirelli a few years ago has meant his path did not cross with Block as much recently as it used to, that has not numbed the sense of shock over his passing.

“Ken just wanted to have fun and go to the limit,” added Hembery. “He was one of the great thrill-seekers who sought to maximise his love and passion of rallying and sliding a car around. He was the best as a showman.

“He also had no edge about him. He had no ego. He was just like your friend down the pub: just a dude having fun. You always came away from time with Ken laughing, joking, and smiling. I am devastated.”