Max Verstappen says he loves working with Honda because of the Formula 1 manufacturer's working practices and attention to detail, right down to the accuracy of its 'wires and stickers'

Verstappen's Red Bull team partnered with Honda for the first time in 2019 after opting to split from long-time supplier Renault, which Verstappen had an increasingly tense relationship with owing to the French manufacturer's underpowered and unreliable products.

Despite Honda starting the year with a significant power deficit, it made good gains through the season and Verstappen won three grands prix, scored two pole positions, while Honda also boasted a perfect reliability record with Red Bull.

Verstappen told Autosport that he was delighted with Honda's impact this season, not just by what it produced on-track but its methods off it.

"I think it went very well," he said. "The beginning is always guessing what they're going to bring throughout the year, but I think they've made some really big improvements.

"What was very important compared to what we have before was the reliability.

"This year, we've never retired because of a Honda issue. If you want to fight for a world championship, that is what you need.

"So I am very, very impressed with the way they are working.

"I really love working with them because they are people of not too many words - and that's exactly like me! - but very focused on what they have to do.

"I just really, really enjoy working with them. They are very professional.

"It's also about how the wires connect on to the engine, the stickers matching the other stickers, for what is connected on the engine [going] to the wire, which is then connecting that [next bit].

"It's little things, but for me, it's so important. It's the detail, attention to detail, which needs to be there." 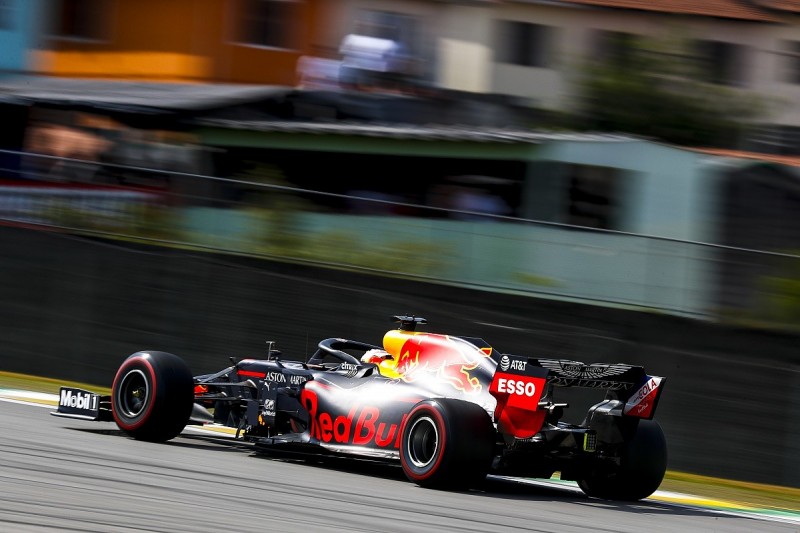 Honda used four engine specifications over the course of the season, one more than its rivals as it bid to catch up to Ferrari and Mercedes in performance terms.

Though that condemned Verstappen and Red Bull to grid penalties for exceeding their engine allowance, the 22-year-old said it was worth it for how much it meant Honda could progress.

"Especially the Spec 4," he said. "We knew that was going to be a big step.

"They just keep pushing very hard to try and bring the improvements and there is no limit.

"They will do everything for it."

Verstappen topped three qualifying sessions in 2019, more than a Red Bull driver has managed in the V6 turbo-hybrid era, and he, Red Bull and Honda have been tipped as title challengers next season.

Though he beat both Ferrari drivers to end the year third in the championship, his best result in F1 as Red Bull and Honda edged closer than ever to the leading teams, Verstappen said "you always want better" and "we will never be satisfied".

"I think qualifying it depends a bit on the track layout," he said of how his team compared to its rivals by the end of the year.

"From one to the other weekend between the three teams, it is close, but it shuffles around a little bit.

"We are in a good place. But of course, we always want more.

"So there's still quite a bit of work to do."

Why you should care more about F1's undersold engine technology