Force India has admitted it has missed its performance targets with its 2018 Formula 1 car, but continued to make progress during the Spanish Grand Prix weekend and post-race test

The team mounted numerous airflow sensors to the sidepod during free practice to help identify any problems that may be appearing in the real world that do not show up in CFD and windtunnel simulations. 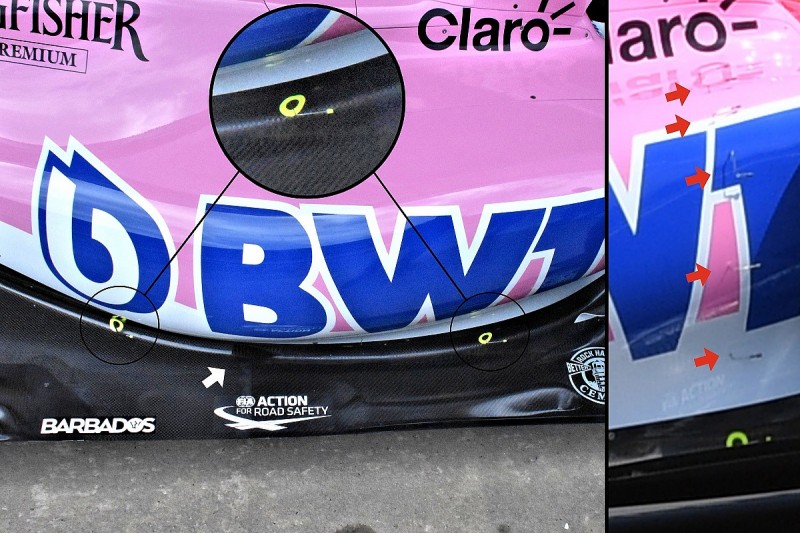 In one of these tests, the kiel problems were mounted in a line following the curvature of the bodywork (right hand inset, red arrows).

In the subsequent tests only the lower two probes remained (inset).

This followed the introduction of a small triangular flap in the undercut gutter (white arrow) as the team looked to create a pressure gradient to improve flow around the sidepod in the opening races. 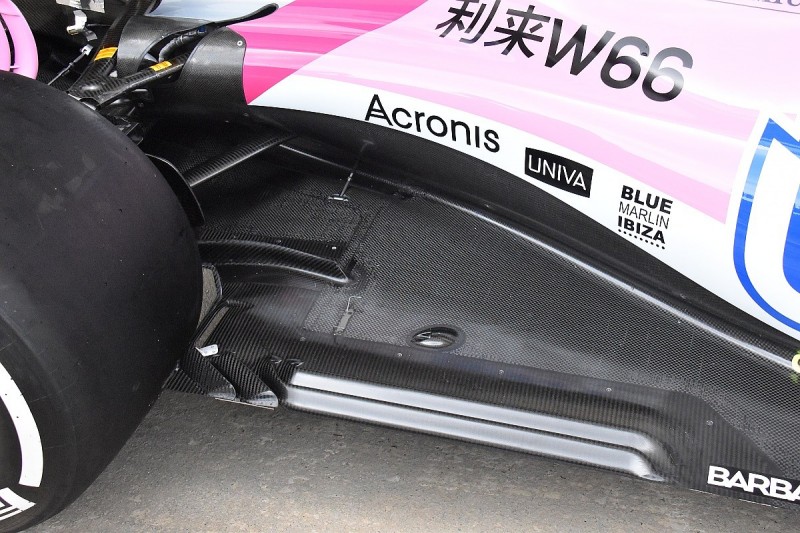 The longitudinal holes are a concept first seen on the McLaren this year and have subsequently featured elsewhere.

These not only drive the performance of the outer section of the floor, but also change the flow characteristics of the tyre squirt slots behind.

This should help with the fluctuating rear load and difficulty in managing the rear tyres that the team has been experiencing. 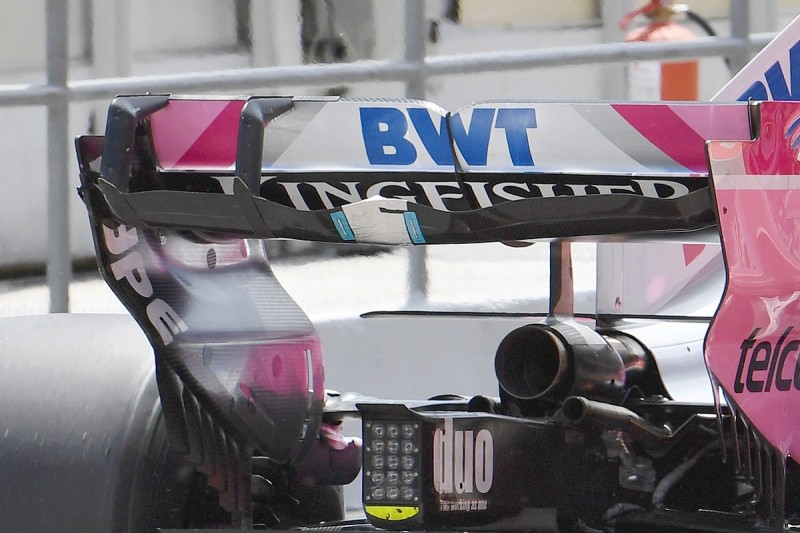 Force India also ran a programme at the post-race test to evaluate any rear wing problems.

The rig, which resembles another wing element mounted behind, is loaded with sensors to produced baseline performance figures.

The central section has heat reflective tape and temperature strips affixed to it, as the team analyses how the exhaust gasses influence that area.

The wing first rolled out in Bahrain has been left on the sidelines until the team is happy with the balance of the car.

"We are still very confident that the front wing does what we wanted of it," said technical director Andy Green earlier this season.

"That is why we are very keen to break into it."

With set-up and tyre confidence growing allied to the introduction of the new pars, the team re-evaluated the front wing specification during Friday's free practice sessions at Barcelona.

It returned to the previous specification for the rest of the weekend, but ran the front wing again in the test. 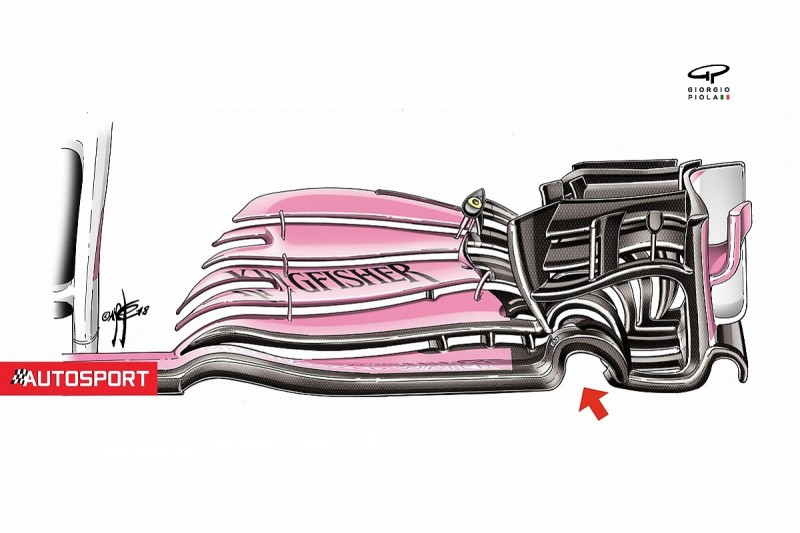 The older version of the front wing has a very quick change of section between what are classed as the downforce-producing components (pink section) and the outer parts, which are doing their best to turn the airflow around and over the front tyres.

With this abrupt change of section, it is very easy to get transverse airflow in this area - which will also be influenced as the wing gets closer to the ground at high-speed and/or with a bit of roll mid-corner.

The new version, with its increased tunnel (arrowed) allows those two areas to work more independently.

But this will affect the front wing's mid-corner characteristics, especially through long, fast ones such as Barcelona's Turn 3.

This new wing probably works more effectively in this type of corner, but that can lead to mid-corner oversteer so the post-race test would have been useful to look into this.

Technical director Andrew Green is confident the front wing will be raced soon.

"It still needs a little bit of work, but it will become the wing of choice very shortly," he said.