For vivid proof of the changes that Bernard Charles Ecclestone wrought on the pinnacle of motorsport, simply compare images of Formula 1 paddocks over five decades

Where '70s overall-clad mechanics wallowed in oil-stained mud-baths as they wearily rebuilt cars, their modern equivalents fettle sparkling masterpieces, no hair out of place or stain on uniform as they go about their tasks in brightly-lit garages.

The clue to Ecclestone's contribution lies in "five decades": that's how long the octogenarian - he turned 86 last October - has pulled and pushed and bent the sport unto his own image.

Simply put, were F1 a living entity, it would be moppy-haired, of short stature, and answer to 'Bernie', whether addressed by fans or kings.

That said, to staffers he is 'MR E' - particularly apt when said quickly...

Ecclestone really hit the scene in 1972, pictured above that year with Colin Chapman, having bought the Brabham team.

He had, though, been about F1 for more than 10 years, first as manager to Stuart Lewis-Evans, who died after a crash in the '58 Moroccan Grand Prix, then as owner of a brace of Connaughts with which he failed to qualify for two grands prix.

In the late '60s he took up with Jochen Rindt, managing his close friend before the Austrian's death. 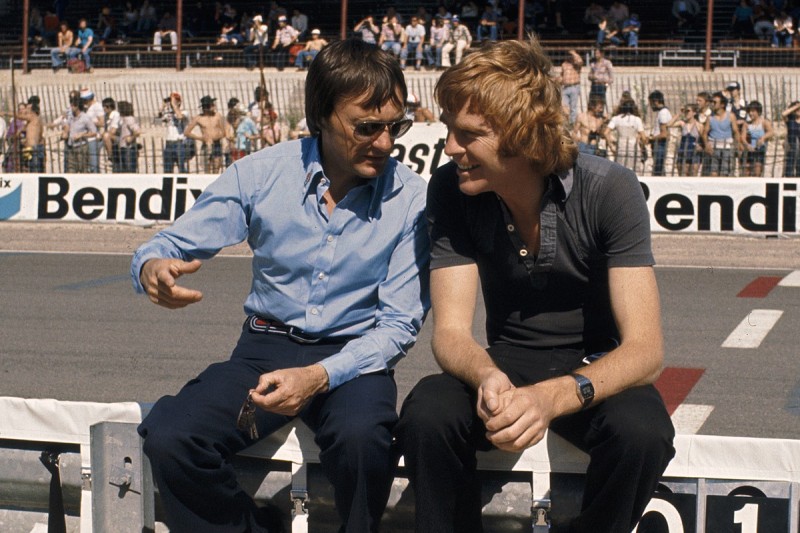 Next, he (with close chum, barrister Max Mosley) tackled FISA, then the governing body, head-on over the sport's ownership.

Predictably, Bernie beat the 'Blazers', with the Concorde Agreement being the outcome and F1's commercial rights the prize (for FOCA, the teams' association).

Ecclestone recognised that the real deal lay in TV, and thus he strung deals together on behalf of FOCA, making millions for himself (first) and the rest (second), but the real pay-off came when he acquired F1's commercial rights - from an FIA administration by now presided over by Mosley - for his own account.

In less than 10 years he went from multi-millionaire to double billionaire before selling the rights thrice.

Formula One Management is arguably sport's most vertically-integrated entity, controlling TV feeds, paddock passes, F1's travel agency, trackside signage/hospitality, and, evidently, the F1 Commission that frames F1's regulations before sending them to the FIA for ratification.

In the process Ecclestone transformed what was a pastime for rag-tag enthusiasts travelling the globe with car (or two) in tow, scratching for cash at every turn, into the world's largest continuous sporting block beamed into millions of homes every fortnight. 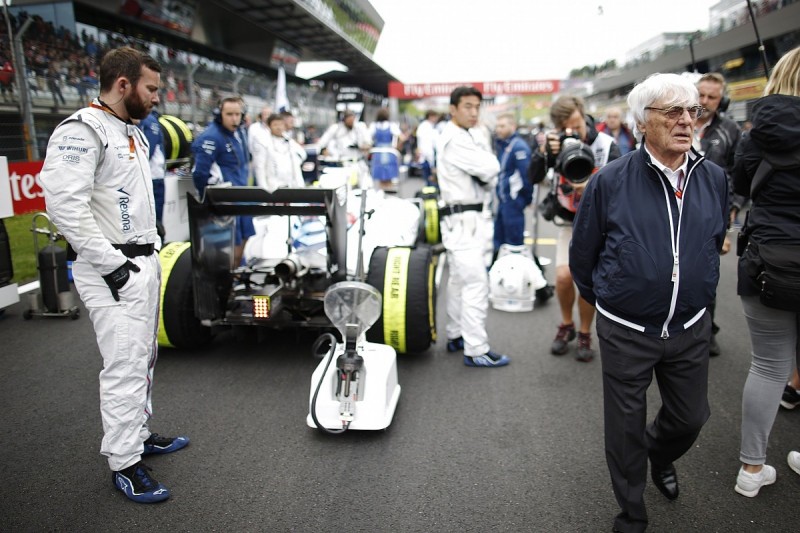 F1's stars are global icons, and blue chips such as Ferrari, Mercedes and Rolex annually commit hundreds of millions in hard currencies to Bernie's Show.

His unrelenting efforts professionalised F1 and dragged all other categories up with it; his determination to squeeze every dollar has taken F1 to strange corners, but ultimately it is richer for such experiences - as are a plethora of feeder formulas, forced to up their game as they churn out tomorrow's talents.

His influence extends all the way down the food chain, karting included.

All this said, Ecclestone is not perfect: such as his steadfast refusal to anoint a successor (until Liberty intervened and replaced him with Chase Carey).

The slick spectacle he created with no little help from friends could implode or, at the very least, experience painful rebirth.

But Bernie's epitaph will rightly read that he changed F1, and thus all of motorsport, mostly for the better.

This text originally appeared in the July 21 2016 issue of Autosport as part of a special look at the 50 people who changed motorsport. It has been updated in the wake of Liberty's appointment of Chase Carey as Formula 1 chief executive in Ecclestone's place.

F1 to be 'more fan-friendly' after Ecclestone – McLaren's Zak Brown