The 2017 Formula 1 championship battle between Sebastian Vettel and Lewis Hamilton had been unusually cordial prior to Baku, but their collision was not the only reason that changed

As teams arrived in Azerbaijan, word leaked out of a fresh technical directive issued by the FIA regarding the season-long talking point of burning oil as fuel.

Amid suspicions that the FIA had found or been alerted to something a team was doing, F1's technical department reminded the paddock it would deem any attempt to use 'additional components or substances in oil for the purpose of enhancing combustion' a breach of the rules.

Such moves from the FIA never come without good reason, and there were rumours Mercedes had queried areas where it suspected Ferrari may have been doing some clever tricks involving its auxiliary oil tank.

Was this the revenge for Ferrari having got suspension systems that Mercedes and Red Bull were planning on running this year banned on the eve of the campaign?

Mercedes stayed tight-lipped, and Ferrari strongly denied that it had been doing anything illegal or needed to change anything in light of the latest FIA stance. 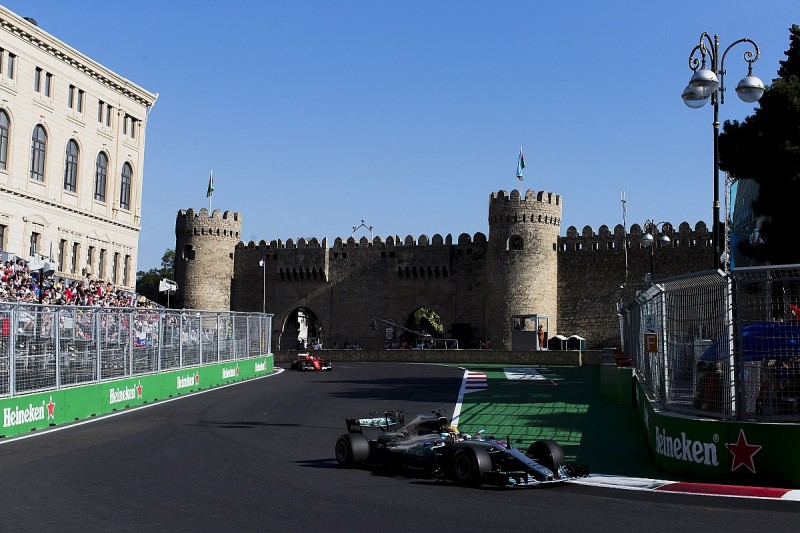 With the oil burn issue bubbling away in the background, and the Hamilton/Vettel clash erupting so publicly, it is clear there will be a different tone to the championship battle from the next race in Austria.

But Mercedes' head of motorsport Toto Wolff insists the relationship with Ferrari will not completely fall apart.

"Of course, we have great respect for Ferrari," he said.

"For me, the analogy is with rugby.

"During the race they are our enemies and they wouldn't take any prisoners.

"Nevertheless we are racing on a giant platform that somehow unites us."

But as the stakes raise ever higher, it is hard to imagine that the tensions will not escalate further - especially with the performance between the two teams being so close.

It will also be fascinating to see if Ferrari continues its self-imposed media blackout of team figures, which has left Mercedes able to set the public agenda and keep control of stories.

The prospect of Mercedes/Ferrari tensions escalating is also good news for Red Bull, with Daniel Ricciardo benefiting with his Baku win.

"They're fighting for a world championship, so for sure this is only going to have elevated that intensity of the battle between the two of them," he said.

"And of course there's been technical directives about auxiliary [tanks], fuels and oils and so on, which one can only assume is crossfire.

"And if that helps to bring us into a more competitive position, then...

"I think we can play a significant role in this championship, particularly when we move into the second half of the year."

Will F1 make an example of Vettel like Schumacher?