Thailand may not boast a rich history at the highest levels of motorsport, but since making his Formula 1 debut in 2019, Alex Albon has been helping to change that.

His off-track work at an orphanage is helping to make a meaningful difference to the lives of those in need in Thailand, yet his efforts in F1 are also acting as a source of inspiration.

He did it the hard way, fighting back from a crash in the Super Heat before taking victory from sixth on the grid in the finale.

“I just gave it my all, and obviously tried to represent my country as well as possible,” said Tarnvanichkul ahead of picking up the OKJ trophy at the FIA prize giving earlier this month.

“I think I was the only Thai driver in the final for the world championship. Like Alex, I tried to do my best, and ended up with the best result I could hope for.”

Albon has always been very proud of his Thai roots, and the same is true for Tarnvanichkul, who said he is eager to “follow the footsteps of the people who inspired you along the way like Alex” by flying the flag.

“I think representing your country that hasn’t had as much success as maybe other countries, you put a bit more pressure on yourself,” he said. “You want to deliver for your country, and show your country in the best way, and make yourself proud and your country proud.

“Generally, I think Alex is the benchmark. He’s the one that’s made it the furthest in Formula 1 so far that is Thai, and he's the one to beat.” 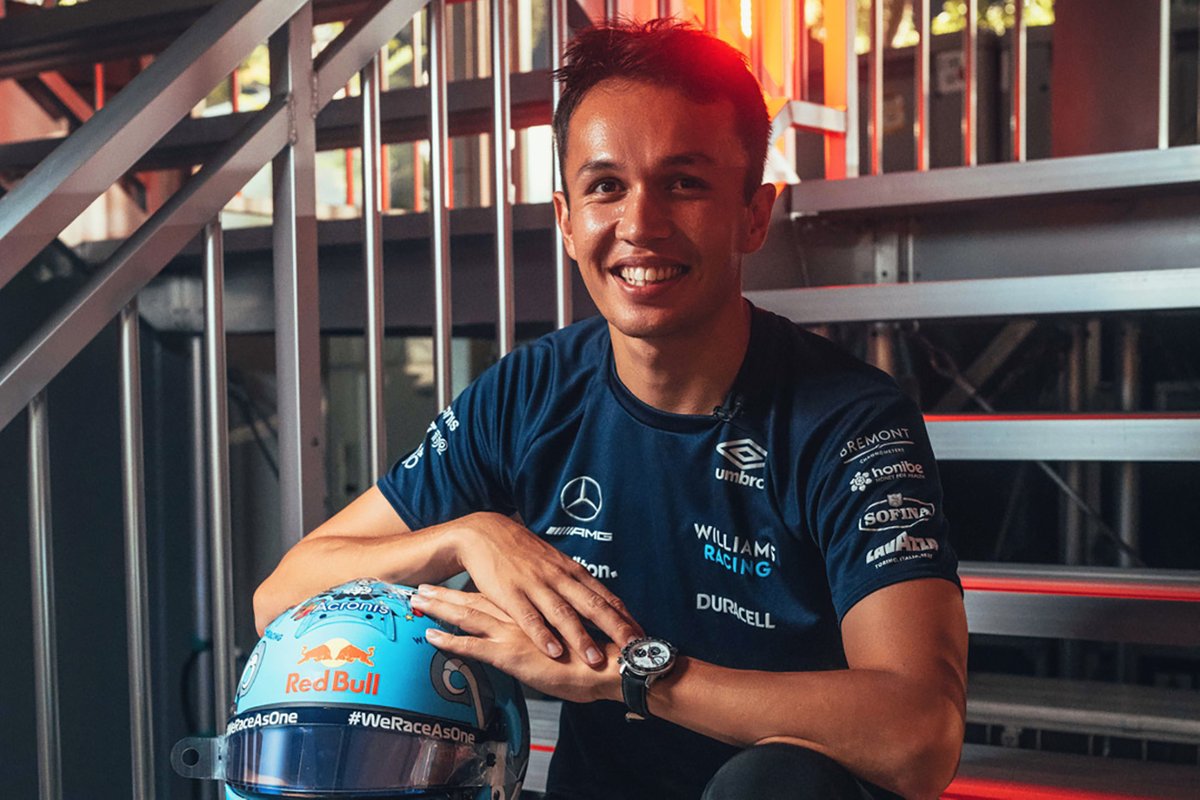 Winning the OKJ title helped put Tarnvanichkul on the map as a star for the future, paving the way for him to follow Albon’s lead in another way: by joining the Red Bull junior programme for 2023.

Although Red Bull’s backing tends to focus on those further up the single-seater ladder nearing F1, its junior boss, Helmut Marko, still follows developments in karting. Max Verstappen’s impressive 2013 karting campaign meant by the time he stepped up to single-seaters the following year, Red Bull was already in position to get him under its wing and then make him F1’s youngest driver after just one season in cars.

“It’s a very prestigious academy, many drivers that have been in it have reached F1,” said Tarnvanichkul. “Just joining such a famous academy, firstly I feel very happy about it, but then you think about the results and put a bit of pressure on yourself. We try to win. We all go on track, and we all try to win, so that’s added pressure.

"Having a company like Red Bull on your car just makes it more fun for those things, and a bit more pressure on yourself to represent them as well.”

Marko is renowned for expecting the best from the drivers on his junior roster, but Tarnvanichkul got a warm first impression from their meetings ahead of his signing.

“Sometimes it can be deceiving on the television, but really when you get to meet him, it’s a special thing and a very special feeling.”

Marko’s enthusiasm about Tarnvanichkul’s potential is already something that has been expressed to Verstappen, who was on hand to present the karting trophies at the FIA gala.

“I’ve heard a lot of good things about him, this [trophy] already speaks for itself,” said Verstappen.

“Helmut is very excited, so I’m looking forward to seeing him within the team, and seeing what he can achieve in the coming years.”