Pirelli is on track to deliver new 18-inch Formula 1 tyres for 2022. Will the new compounds address one of the current tyres' biggest issues and allow drivers to push hard?

That’s certainly the hope after the Italian company recently signed off on the specification of its new rubber, pending official homologation by the FIA.

The switch from the current 13-inch size to 18 inches would be a major challenge for a tyre supplier in any circumstances, but it comes in parallel with a huge change in the specification of the cars, which will in turn impact how the tyres are used.

On top of that Pirelli has to follow requirements of the target letter provided by the FIA. And a key element of that is addressing the perennial problem of surface overheating, the issue that often prevents drivers from pushing hard throughout a race stint, especially when running in traffic.

If successful, as Pirelli believes, the reduced overheating will be a major contribution to improving the show in 2022, along with an aero package that allows cars to follow each other closely.

Pirelli began its extensive test programme with mule cars adapted for the new tyre size back in 2019, when the switch to 18-inches was scheduled for this season. The subsequent one-year postponement gave Pirelli a bit more time for R&D, although the pandemic meant that there was little actual on-track running in 2020.

This year Pirelli scheduled 22 car days of running with dry tyres, which concluded when Mercedes, Ferrari and McLaren ran in Budapest just after the Hungarian GP. There were also three two-day wet sessions, with one more wet test to run with Alpine at Magny-Cours in September.

The 2022 construction was finalised some time ago, and recent slick tests have focused on refining the compounds. The definitive versions will next be tested in December, again on mule cars, in the week after the Abu Dhabi GP.

“The Hungary test was good, it was confirming our findings on the new product,” says Pirelli boss Mario Isola.

“It was the final test for the softer compounds of the range. 1 September is the deadline to homologate the construction. But construction-wise, we were already happy before Hungary, and we are going to confirm the construction that was the latest baseline that we used during the test.

“But the preliminary numbers I would say are are quite good. And also the feedback from the drivers was quite good.”

Pirelli has a clear path when developing any new tyre – fix the construction first, and then hone the compounds.

The change in sidewall will increase the overall cornering stiffness of the car, meaning that although steering should be more direct as the tyre flexes less, there will be a marked reduction in overall slip.

The construction was a big issue this time around, with the smaller, stiffer sidewalls requiring a "different profile and construction", as Isola explains.

“We had to understand which was the right direction. When we started with our tyre development tests [in 2019], we had very different solutions and very different ideas.

“We tested with three different teams, and then in February 2020, with Ferrari, and more or less, everybody was giving us a feedback in a quite precise direction.

“So it was good to have all the teams, despite using mule cars that were different, giving us an indication that a certain type of profile and construction was in the right direction.

“So then we continued to develop this profile and construction. But obviously the next steps were smaller compared to the first one.”

With the construction signed off, optimising the compounds was the next challenge, especially as one of the goals was to address surface overheating. Pirelli soon realised that to solve the problem it would in effect have to start afresh.

“We basically had two choices,” says Isola. “To take the current compounds, and try to develop them further in order to achieve the targets. Or to start with a completely different approach, different ingredients and a different way to produce the compounds in order to have a much wider working range, to have a lot less overheating and so on.

“We realised that with modified compounds from the current ones, it was not possible to make a step as big as was expected. So we decided to jump into the unknown! I'm joking, but we decided to do something that is new, and to start to develop a complete new family of compounds.” 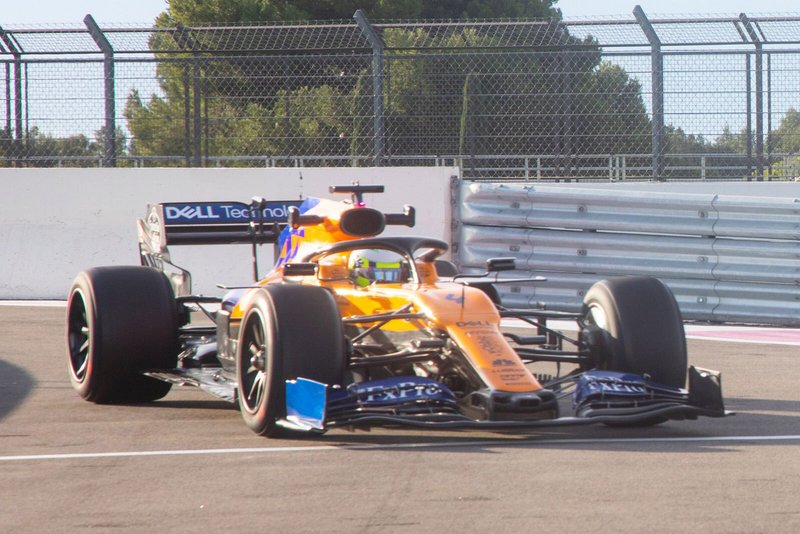 That was a major decision and to streamline that process the initial focus was on one benchmark, the medium C3 in the middle of the range. Once the parameters for that compound had been established, Pirelli’s engineers could explore softer and harder options.

“We focused at the beginning on the C3, it was the first compound that was in a sort of final shape,” says Isola. “The C3 is also the compound that we use at all events basically, it is in the centre of the five. So it is the most used. From the C3 we moved on the hard side, for C2/C1, and on the soft side for C4/C5.

“I believe it was a good approach, and a successful one. As I said, the feedback from drivers was positive, in line with the expectation.”

A crucial part of all the track testing was encouraging teams to tell their drivers to push throughout a stint in order to help Pirelli to address the surface overheating issue. The drivers were happy to oblige, and the results appear to have been positive.

“We wanted to be sure that they don't suffer with surface overheating. It is difficult to assess this when you run with only one or two cars, because we needed to test them in traffic.

“But to do that, we need also to have the final version of the cars with a modified aero package, otherwise it's impossible. We have to wait until the pre-season test next year.”

Although officially Pirelli has until 1 December to nominate the chosen compounds to the FIA, the process will happen a lot sooner, mainly because it has to ready the new tyres for the Abu Dhabi mule car test in the middle of that month.

“We will produce the tyres, I believe quite soon, in probably a couple of weeks or so,” says Isola. “Because then we need to ship the tyres to Abu Dhabi, and logistics in the current period is not the easiest activity.

“The compounds that we want to nominate are clear. We already had internal meetings to discuss that, we have just to present our conclusions to the FIA and FOM, and be sure that they agree with our approach.

“And then we start the production so the teams have the possibility in Abu Dhabi to test the final homologated version of next year's product.”

That’s an important test, but as Isola says, the real picture will only emerge when the tyres are run in February/March on the cars for which they have been designed.

For the sake of the show, we can only hope that Pirelli has got its sums right.