Red Bull boss Christian Horner hopes to see Lewis Hamilton and Max Verstappen going head-to-head on-track in the near future, believing there is currently "very little to choose between them" 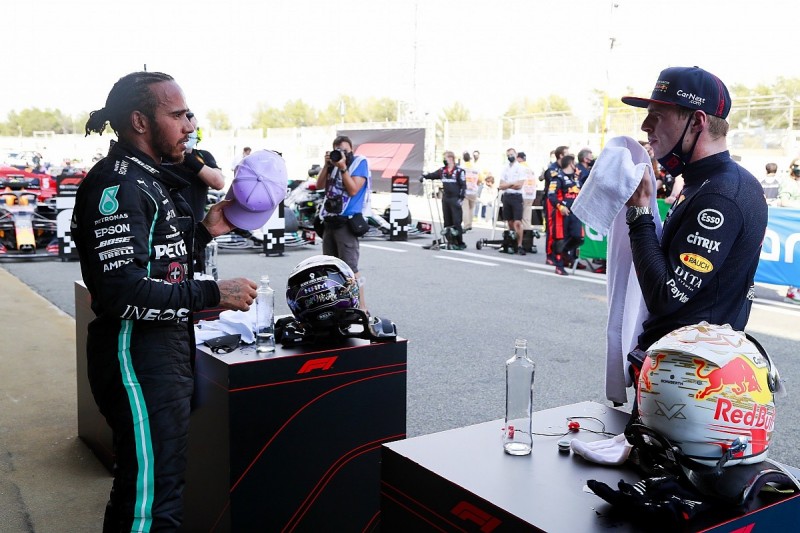