Polesitter Verstappen lost his lead at the start of the Italian Grand Prix to eventual winner Daniel Ricciardo and trailed the McLaren during the first stint.

After responding to Ricciardo's pitstop, Verstappen endured a painfully slow 11-second pitstop, which dropped him behind the second McLaren of Lando Norris.

It also put the Dutchman on Hamilton's trail when the Briton made his pitstop, the pair then clashing in Monza's first chicane which caused both title protagonists to retire.

Red Bull team principal Christian Horner, who chalked off the calamity as a "racing incident", admitted that Verstappen shouldn't have been fighting Hamilton in the first place and should have been much further up the road with a normal pitstop.

"We had a difficult pitstop, we had an issue at the stop, so he was held much longer than he should be. He should never been anywhere near Lewis," Horner said.

"And then Lewis indeed had an issue because he should have been well clear on Max, and so that then put the two of them in a situation where they're both racing each other. And, of course, they're gonna go for it." 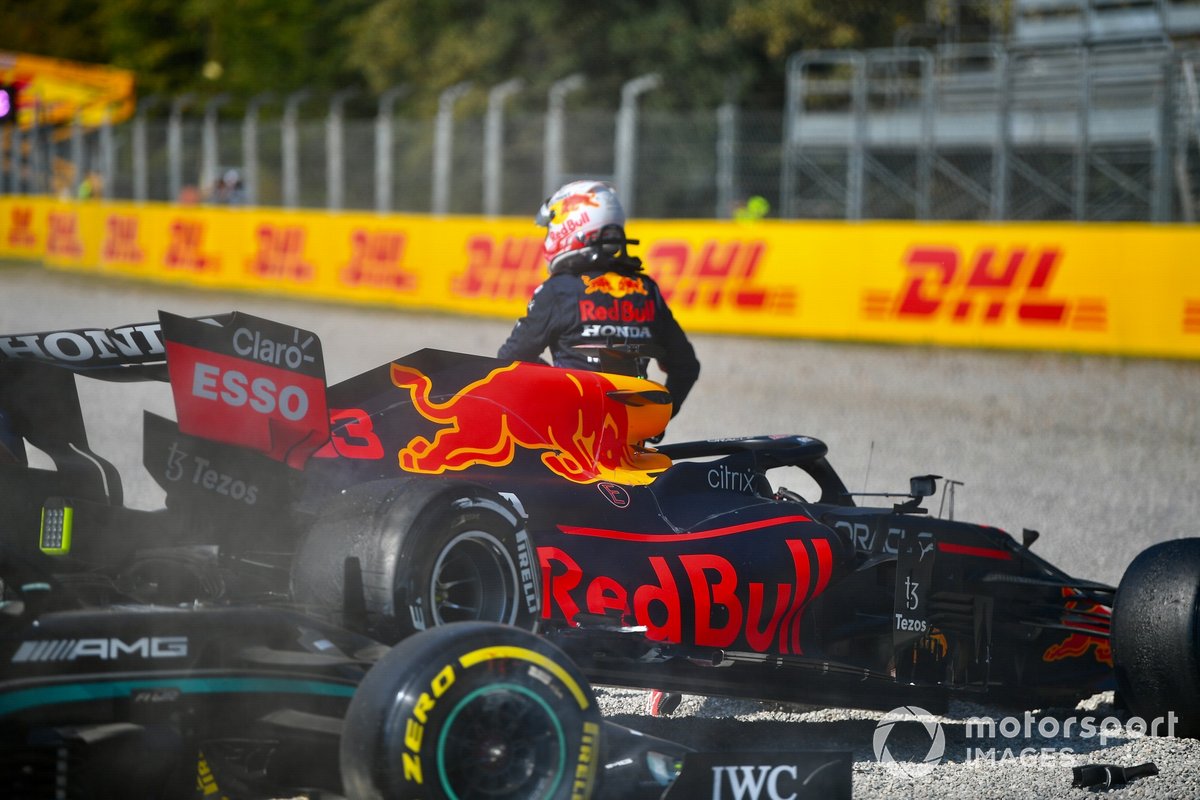 Asked about the nature of the pitstop problem, Horner said it was a "human error" that the team is still investigating.

"There's an issue we need to fully understand it looked like a problem with the front right," he explained.

"We had a what looks like a human error. The wheel was done up and ready to go and unfortunately, the car wasn't released.

"Usually, the guys are phenomenal in the pit lane today. It didn't go their way.

"But that's where unfortunately, that got us into a situation where we shouldn't have been anyway around Lewis.

"And of course, Mercedes then messed up with Lewis, they should have been well clear. And then they had an issue and that's what put the two drivers alongside each other."