Red Bull Formula 1 boss Christian Horner believes there is “genuine respect” between Max Verstappen and Charles Leclerc after spending much of their junior careers racing against each other.

Verstappen and Leclerc have won two races each in the opening four rounds of the 2022 season, setting the tone for a potential championship battle that could rage on throughout the season.

The drivers have fought on-track on a number of occasions so far this year, most notably in Bahrain and Saudi Arabia, where their wheel-to-wheel tussles settled the battle for victory.

There have been no incidents between the two drivers, nor any moments that warranted the stewards’ involvement, marking a shift from the controversy-filled fight between Verstappen and Lewis Hamilton towards the end of last season.

Horner shied away from saying if there was more respect in Verstappen’s current fight than with Hamilton, but felt the history the Red Bull driver had with Leclerc through his junior career had bred respect.

“I think they've grown up racing each other in karting and so on, and they know each other very well,” Horner said.

“They come from the same generation, and there is a genuine respect between the two of them.”

Asked if he expected the battle between Leclerc and Verstappen to swing back and forth all season, Horner said: “Ferrari have got a great car, they've got great drivers. They've been unlucky [at Imola].

“But for sure they're going to be super competitive in two weeks' time [in Miami]. And I think it'll be like that for the whole season.” 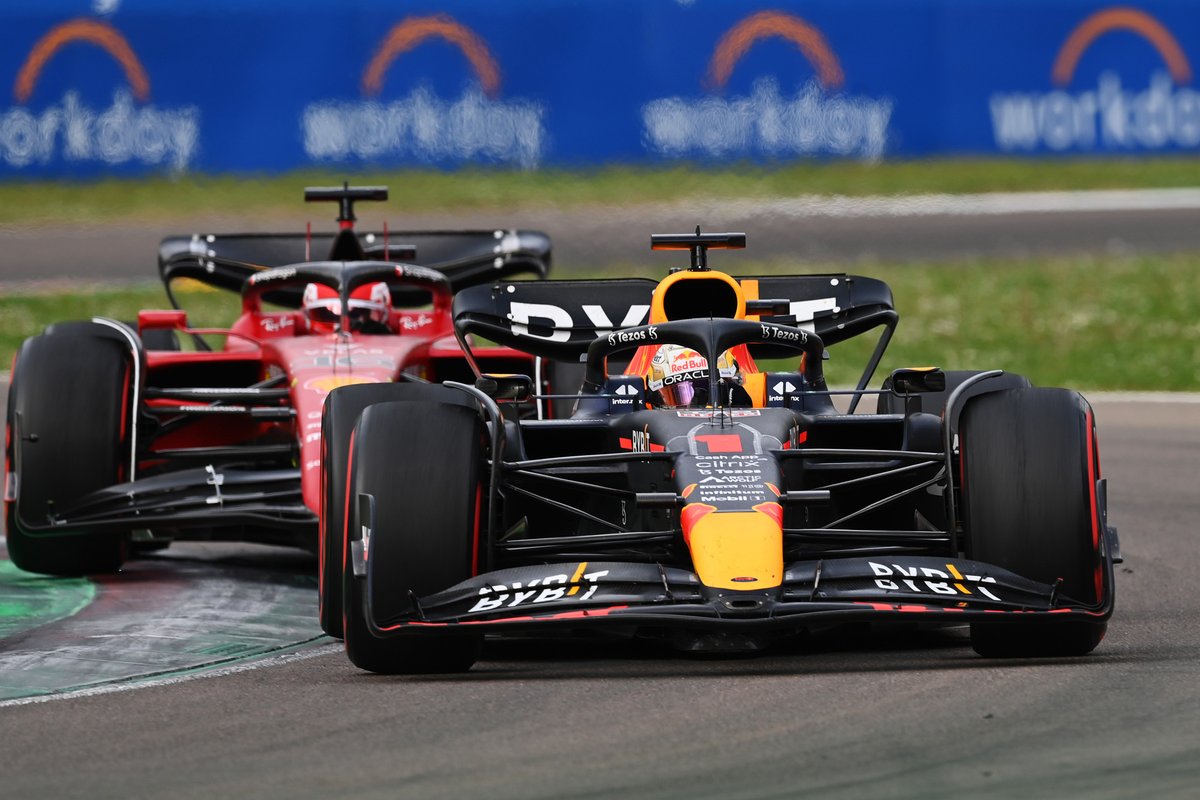 Verstappen and Leclerc raced against each other through go-karting before Verstappen made the earlier graduation to single-seaters, moving into Formula 3 in 2014 before a shock promotion into F1 one year later. Leclerc would ultimately reach F1 in 2018 after winning the GP3 and Formula 2 titles.

Leclerc recalled at Imola that it had “always been very close” between him and Verstappen in the junior ranks, causing a rivalry to brew between them.

“In karting I remember it was either me or him, and that's why we hated each other at one point, because very often it didn't end in the best way possible,” Leclerc said.

“But it was good times. I think we just have very, two very different styles of driving. Sometimes one will win, sometimes the other might, but it's fun. I like it.”

Leclerc felt that both he and Verstappen had “matured a lot” since their karting days, having both achieved their dream to reaching F1.

“At that time, it was just a dream, everything looked impossible,” Leclerc said. “So it's great now to be fighting in Formula 1. And there's a lot of respect for each other. So yes, it has changed for sure.”

McLaren wary of F1 moving towards having B-teams structure