Red Bull Formula 1 team boss Christian Horner has vowed his team will "come out fighting" after the summer break following two disappointing weekends for the team, in which it lost the lead in both championships.

Red Bull's Max Verstappen had opened up a 32-point lead over Mercedes driver Lewis Hamilton in the drivers' championship by taking a clean sweep of the France-Austria triple-header but goes into the August break trailing by eight points after two incident-filled weekends.

In Silverstone, Verstappen made a 51G smash at Copse after being tagged by Hamilton, while in Hungary he was a victim of Valtteri Bottas outbraking himself at the start, which launched the McLaren of Lando Norris into the Dutchman's sidepod.

Despite missing a sizeable chunk of downforce, Verstappen was able to score two points but was left ruing a run of "freak moments" that cost him the championship lead. In the constructor's championship, Mercedes also outscored its rival to go top and move 12 points clear.

Verstappen's team boss Horner has promised Red Bull will come out swinging when racing resumes at Spa-Francorchamps at the end of August and is confident his outfit's bad luck streak will end.

"We've won six races in the first half of the year," Horner said.

"So, our luck will change. Over the length of a season it will balance itself out and I'm looking forward to the second half of the year.

"I think the whole team's deserved a well-earned break and the drivers will get a good bit of time off and believe me, we're going to come out fighting in the second half of this championship, so it's going to be interesting."

Red Bull left Hungary particularly frustrated by all the accident damage it accrued on top of engine trouble for both Verstappen and team-mate Sergio Perez, who was knocked out of the race on the spot amid the Turn 1 carnage. 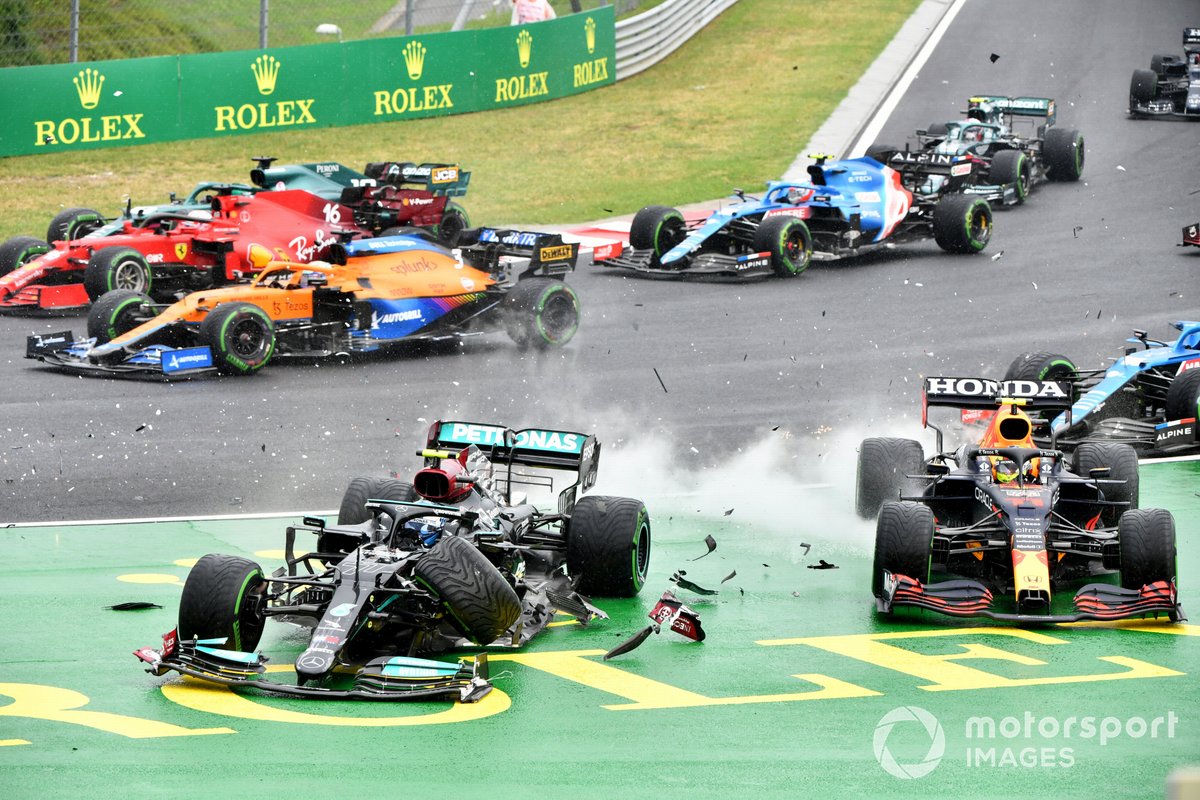 Before the race, Verstappen was forced to change to his third and final Honda engine, due to an issue believed to be the result of his Silverstone accident, while Perez is also set to move closer to a grid penalty after it emerged his crashed Hungary engine is unlikely to be re-used.

If Perez's engine change is confirmed, both drivers will face a grid drop when they inevitably move to a fourth power unit over the second half of the season.

"It is certainly not going to help," Horner conceded.

"We've got a shed load of accident damage and potentially two engines that we've lost due to the result of actions of other drivers, so yeah, very frustrating.

"But you know what, we're within the difference of a first and second place in points difference.

"We go into the summer break, we've had some hugely bad luck in the last couple of races, it's been pretty brutal in damage and parts and engines, but we'll brush ourselves down and we will come out fighting for the second half of this championship.

"Obviously, it's been a tough couple of weeks, but things can turn around very quickly as you've just seen, and there's a long way to go in this championship."