Christian Horner feels Sergio Perez has been "a great advert for himself" after his shock Formula 1 victory, but says it won't hasten any decision from Red Bull

Perez took a shock victory for Racing Point in the Sakhir Grand Prix last Sunday, recovering from a first-lap clash with Charles Leclerc before capitalising on mistakes by Mercedes to score his first F1 win.

It came at a time when Red Bull is known to be considering Perez as a potential replacement for Alexander Albon in 2021, who has struggled to match team-mate Max Verstappen this season.

Red Bull confirmed a couple of weeks ago that it would be making no decision until after the end of the season, giving Albon as many chances as possible to make his case to stay.

It emerged on Thursday that Red Bull advisor Helmut Marko sent Perez a message to congratulate him on his victory, with team principal Horner revealing on Friday that he did the same.

"He sent me one back asking us to go and join him for some tequilas, because he was staying in the same hotel, which was very nice of him," Horner said on Sky Sports F1.

"I think everybody in the pitlane was delighted for him, to see him win that grand prix. 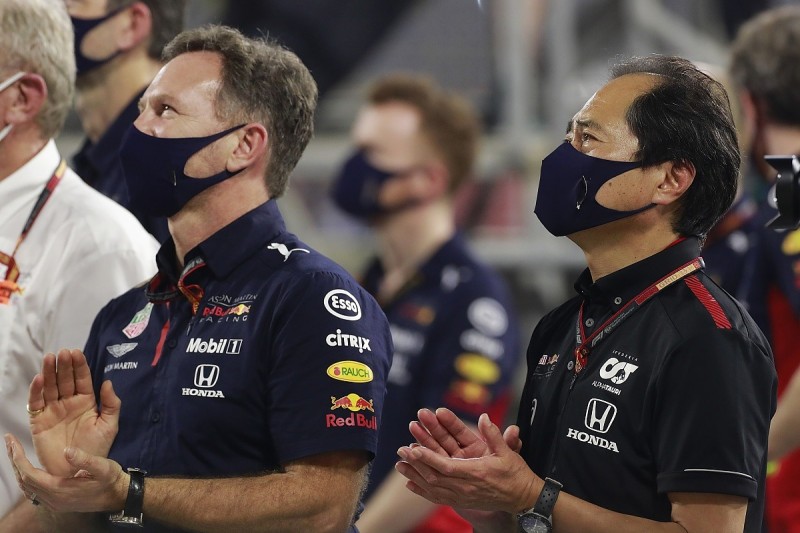 "He's been around a long time, he drove for me in GP2 years ago, and I think he was a very popular winner last Sunday."

Horner praised Perez for having "driven a great season", but said the result would not speed up any decision from Red Bull for next year.

"No decisions will be made until after this race.

"But Sergio has given a very good account of himself."

Asked if it was more likely Perez would join Red Bull for 2021 if Albon did not perform well in Abu Dhabi, Horner replied: "I know what you're fishing for. You're not going to get it.

"As I say, the focus is on doing the best job we can with Alex, and Sergio, he just needs to keep doing what he's doing.

"He's doing a great job, doing a great advert for himself. I think our focus is very much on Alex, and we want to see him do the best job he can this weekend."