Seven-time world champion Hamilton was forced to miss last weekend's Sakhir Grand Prix after testing positive for COVID-19 one day after his victory in Bahrain.

Hamilton returned to the cockpit of his Mercedes W11 F1 car in first practice at the Yas Marina Circuit on Friday afternoon after returning two negative test results, and fulfilling the entry requirements to make his comeback.

But it was Verstappen who was able to lead the daytime practice in Abu Dhabi, edging out Hamilton's Mercedes team-mate, Valtteri Bottas, at the head of the timesheets.

Bottas had set the early pace for Mercedes on the soft compound tyre, only for Verstappen to make big gains when he switched tyres, taking top spot just before the hour mark.

Verstappen's lap of 1m37.378s was enough to give the Red Bull driver top spot by just 0.034 seconds from Bottas, who focused on hard tyre running for the majority of the session.

Ocon was left to complete Renault's programmes solo after team-mate Daniel Ricciardo stopped on-track due to a fuel pressure problem on only his fourth lap of the day.

Alexander Albon finished fourth-quickest for Red Bull as he again struggled to match Verstappen's pace, as well as spinning at the Turn 12/13 chicane. 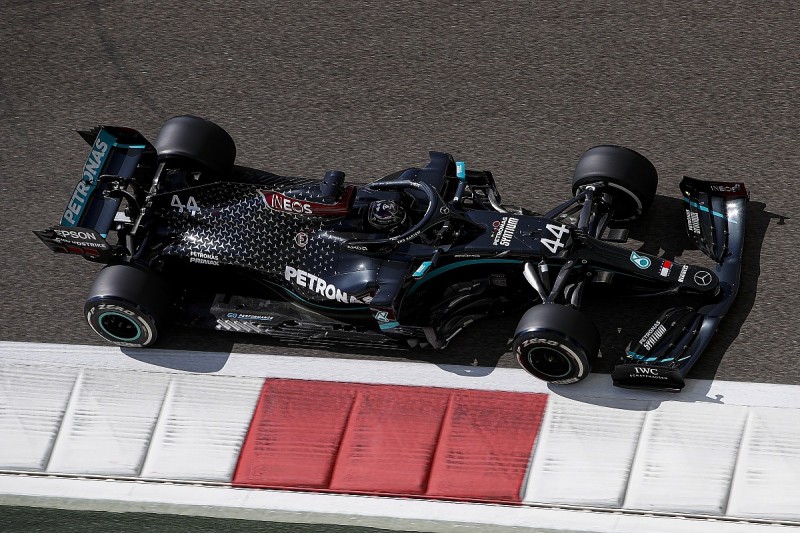 Hamilton racked up 20 laps in the Mercedes en route to fifth place overall, setting his best time on the hard compound tyre. The British driver lost some track time early in the session due to a brake issue, but it was rectified to allow him to get back out swiftly.

Racing Point drivers Lance Stroll and Sergio Perez finished sixth and seventh respectively ahead of the AlphaTauri pair of Daniil Kvyat and Pierre Gasly, while Kimi Raikkonen completed the top 10 for Alfa Romeo.

Robert Kubica stepped in for Antonio Giovinazzi at Alfa Romeo as part of his programme for the team, finishing 15th as he got in some more laps ahead of next week's test day.

George Russell made his return to Williams following his one-race stint for Mercedes in place of Hamilton, leaving him in more familiar territory on the timesheets as he finished 16th, beating team-mate Nicholas Latifi by six-tenths of a second.

Mick Schumacher finished 18th for Haas on his grand prix weekend debut, continuing his preparations for a full-time drive with the team next year. Team-mate Pietro Fittipaldi wound up P19, lapping 2.8 seconds slower than Schumacher. 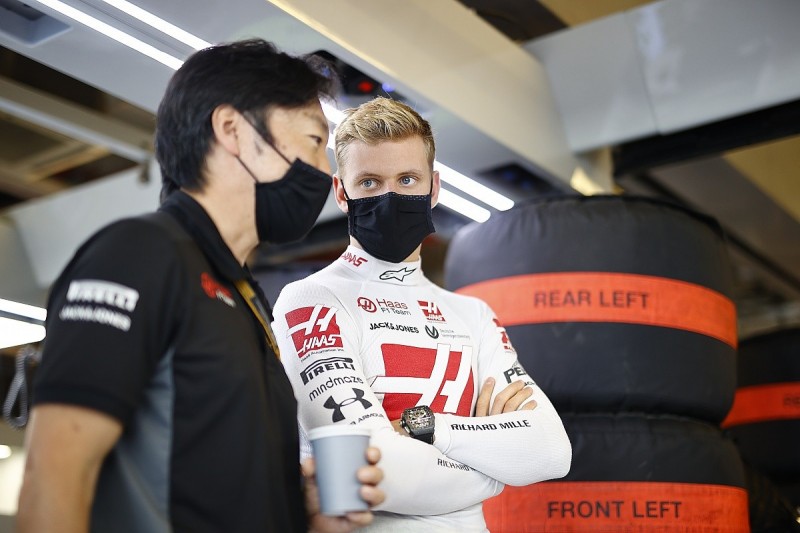