Gasly's promotion to Red Bull was earlier than planned, following Daniel Ricciardo's switch to Renault, with the team vowing it would give the 23-year-old time to adapt.

But Gasly has scored just 21 points across the opening five races, failing to finish higher than sixth, while team-mate Max Verstappen has taken 66 points and two podiums.

Gasly has also been out-paced in qualifying by Verstappen but Horner has stressed that he is getting to grips with Red Bull's RB15.

"Pierre continues to get stronger," explained Horner. "His race [in Spain] was compromised in the second half because he picked up some debris in the front wing but he drove a strong race.

"Obviously we want to get him in that fight with the cars ahead now, so every weekend he's made progress this year.

"And I think, in fairness to Pierre, it's starting to come. China was a turning point for him, he had a good weekend in Baku.

"He's followed that up with a very solid weekend in Spain. I think he actually managed [the wing problem] quite well." 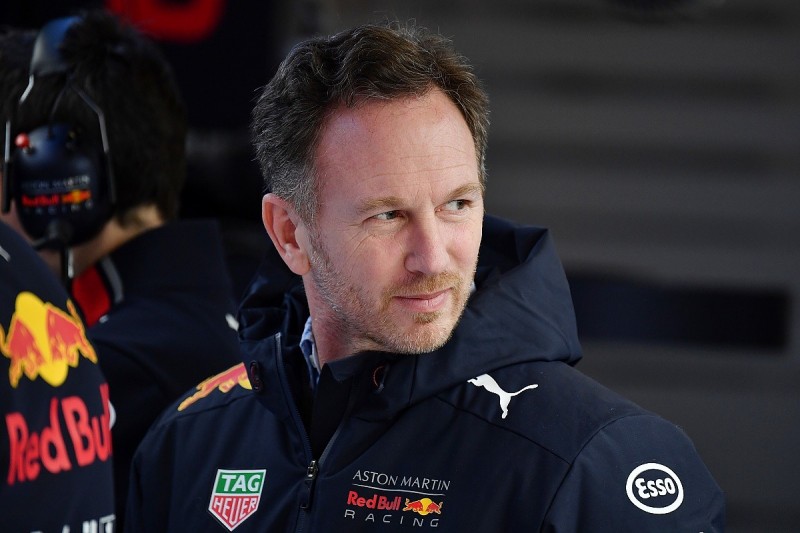 Gasly has a naturally aggressive driving style and one area that has been particularly tricky for Red Bull has been finding a consistent balance with its RB15 through corners.

Given the car's balance and Pirelli's notoriously fragile F1 tyres, Gasly believes his instinctive style has punished him more this year and reckons reining in such aggression will help moving forward.

"It's clearly something that happened at the beginning of the year, something we tried to improve to get a more consistent balance and less shift through the corner," he explained.

"It is something we improved, which gives you a better feeling because you know what to expect.

"It's still an area we need to improve but we made a step compared to the beginning of the year.

"For me, at the moment, we're trying to get the traction really clean and the fact I'm quite aggressive on the power sometimes pays off and sometimes makes the car quite snappy and overheats the tyres.

"We know what happens with these tyres so I think it's more in this area I can improve myself."

How the driver who shocked Senna became an F1 legend