Honda returned to grand prix racing in 2015 with McLaren, a disappointing reunion that promised so much but delivered so little over three seasons.

It has enjoyed the opportunity of a recovery campaign with Toro Rosso conducted with far less expectation and pressure this year, but that reprieve will end with the responsibility of power Red Bull, a team with championship expectations.

The journey to earning that chance with Red Bull has been long and arduous for Honda.

If it can make the leap to facilitating a title challenge, or even winning races, it would represent a stunning turnaround.

Five years after withdrawing its works team, Honda is tempted back into F1 as an engine supplier by F1's V6 turbo-hybrid regulations.

It announces an agreement to supply McLaren with engines in 2015, one year after rival engine builders Mercedes, Renault and Ferrari will debut the new power units.

Long-time Honda associate Jenson Button says the new rules present "the perfect opportunity to return to the pinnacle of motorsport" to Honda, while McLaren boss Martin Whitmarsh says it gives McLaren "a bedrock of being one of the big teams". 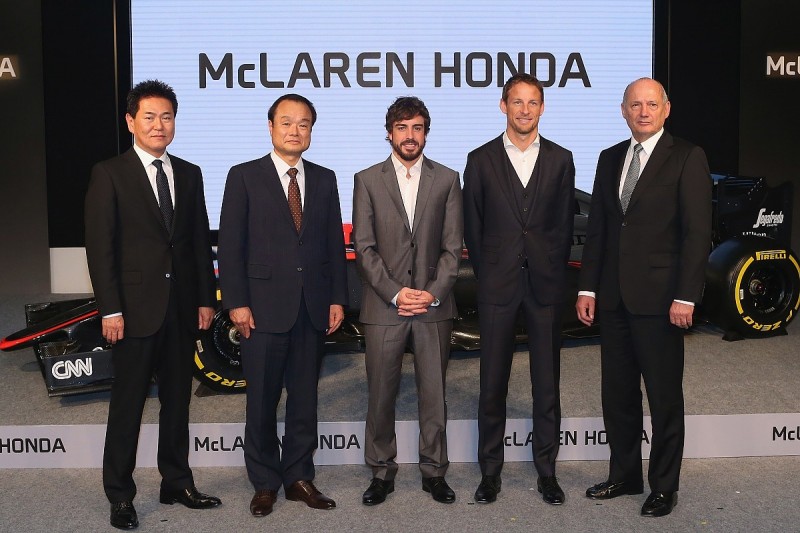 After a championship-less stint with Ferrari, two-time world champion Fernando Alonso agrees a return to Woking to spearhead the second coming of McLaren-Honda.

As the Spaniard is unveiled alongside Button, McLaren chief Ron Dennis declares: "I can safely say that we now have, by an order of magnitude, the best driver line-up of any current Formula 1 team".

November 2014: The first signs of trouble 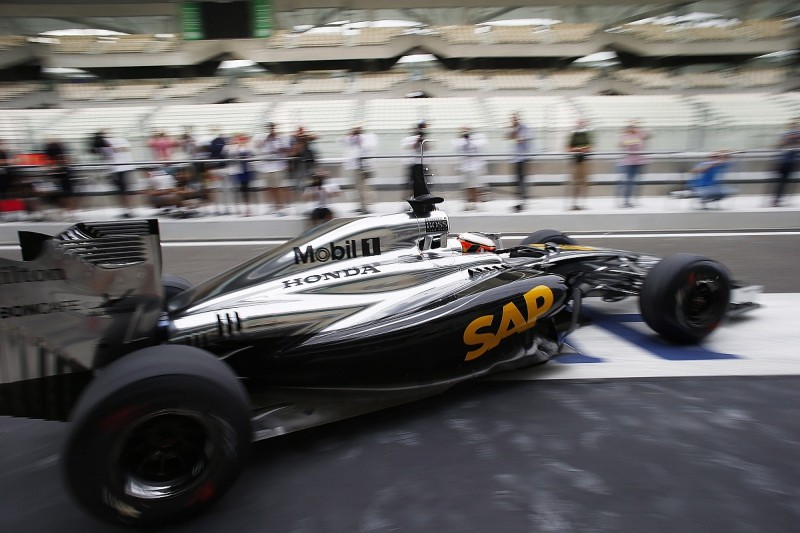 McLaren-Honda's optimism suffers its first dent when the Honda test mule, the MP4-29H, suffers a nightmare debut in the post-season Abu Dhabi test.

Billed as a bonus opportunity for Honda's first engine to hit the track, the outing is ruined by the onset of electrical problems that severely limit its running.

Stoffel Vandoorne remains in the garage until there are less than three hours of testing left, then completes just two full installation laps either side of breaking down.

Further electrical problems confine the car to the garage on day two before one clean installation lap is managed in the afternoon, then a "complete blackout" causes the car to stop.

Pre-season testing starts badly for McLaren-Honda but the camp is optimistic the reliability problems that plague the opening week of testing at Jerez are solved.

They aren't. McLaren continues to prop up the mileage charts over weeks two and three, now at Barcelona, while Alonso suffers concussion in a testing crash and is ruled out of the opening round.

McLaren-Honda starts its comeback on the last row in Australia. Button finishes a twice-lapped 11th, while Alonso's replacement Kevin Magnussen fails to even make the start. 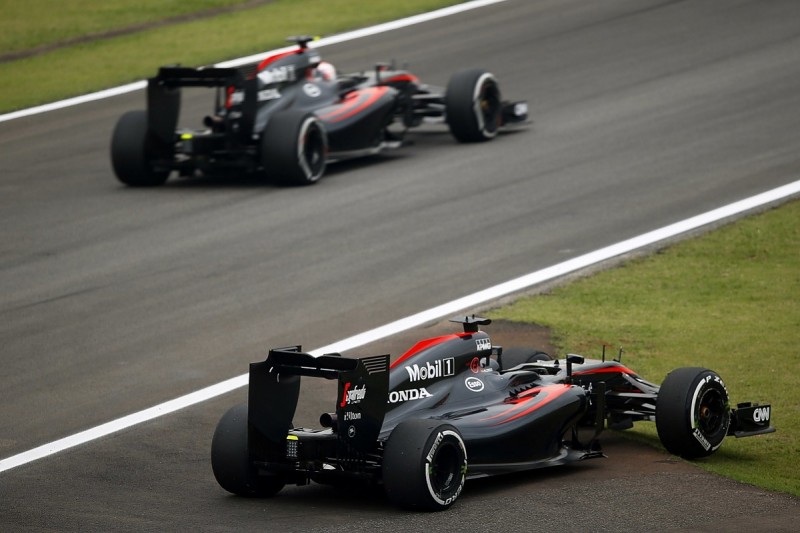 McLaren fails to score a point in the first five races, with both cars retiring in Malaysia and Button a non-starter in Bahrain.

Button scores the first points of McLaren-Honda Mk2 with eighth in Monaco, and later in Hungary Alonso stars in Hungary with a fine run to fifth.

Despite that result, Button revises his pre-season ambition of winning a race. Even downgrading that to a podium is too lofty, and Button says scoring points is the aim.

A furious Alonso launches a scathing attack throughout Honda's home race at Suzuka.

The Spaniard decries Honda's product as a "GP2 engine" during the grand prix, then afterwards calls it "tough", "frustrating" and "embarrassing".

He then adds: "I think this is the only team that can challenge Mercedes in the near future."

McLaren goes on to end one of its worst-ever seasons with a paltry tally of 27 points and only finishes ahead of Marussia in the constructors' championship. 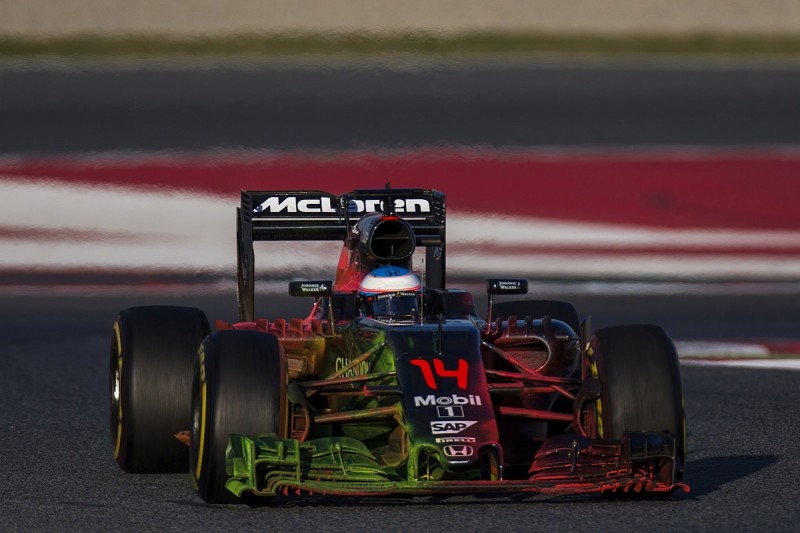 Yusuke Hasegawa replaces Yasuhisa Arai as Honda's F1 programme boss, which coincides with a clear step forward in reliability for 2016.

The season still starts in underwhelming fashion with a point-less Australian GP, and though Stoffel Vandoorne scores a debut point in Bahrain replacing Alonso, Button is an early retiree with an engine problem.

After Bahrain a Honda problem is responsible for only one more retirement over the rest of the season, but performance is clearly lacking.

Alonso produces a few rare highs by finishing sixth in Russia, fifth in Monaco and fifth in the US.

McLaren ends the year declaring its car would have won races with a different engine. 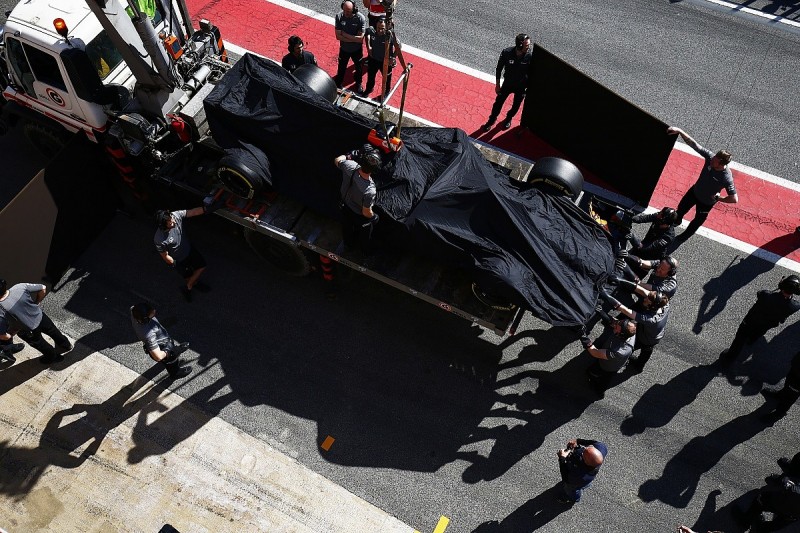 McLaren reveals Honda has overhauled its engine's "architecture and layout" and the product is "specifically redesigned" in a bid to make bigger gains.

It is the first major redesign opportunity afforded to Honda since F1 bosses scrapped the token system that had previously limited in-season development.

However, it proves significantly flawed. The partnership languishes at the bottom of the lap charts again after myriad reliability problems throughout testing.

McLaren's faith in Honda is rocked, and this forms the beginning of the end of the partnership.

The season starts even worse than in 2015, with zero points from the opening seven races. Vandoorne fails to start in Bahrain and Alonso suffers the same fate in Azerbaijan.

McLaren releases Alonso to contest the Indianapolis 500 instead of the Monaco GP, its best chance of a strong result, given the competitiveness of the package.

A lack of power and reliability, plus Honda missing upgrade targets in Canada, leads to McLaren expressing "serious concerns" about its supplier's capability in F1.

A few races later, in Belgium, Honda admits it has not brought the complete upgrade it had hoped to have. 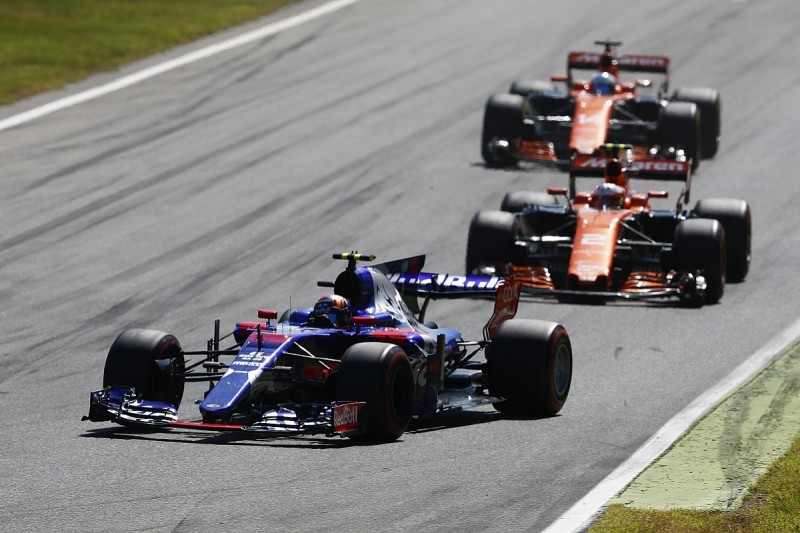 McLaren decides not to continue with Honda. A complicated swap deal ensues, with Toro Rosso assuming the Honda supply deal and McLaren taking its place as a Renault customer.

McLaren and Honda declare it the best decision for both parties - and Honda sets a bold target of fighting for the top three with Toro Rosso in 2018.

Later in the year, Hasegawa admits the divorce leaves him feeling "relief". 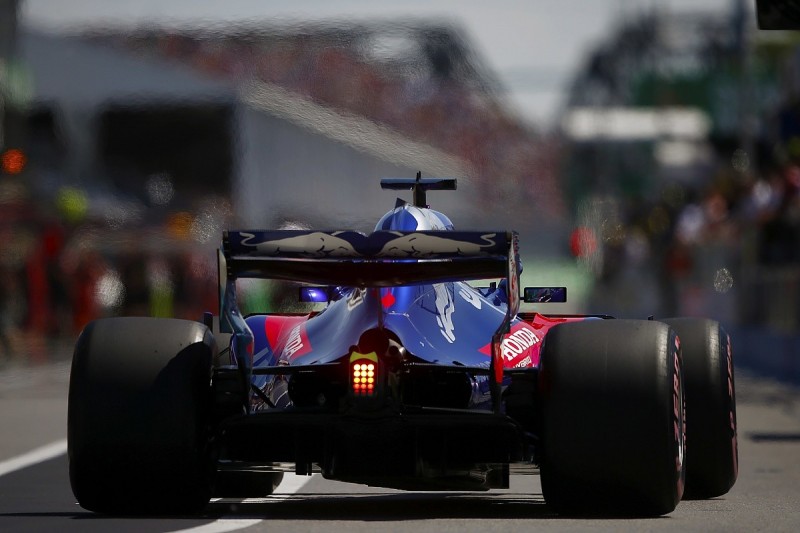 However, the Australian GP again proves a disappointment for Honda, as Pierre Gasly suffers an MGU-H problem that prompts an engine failure.

Honda fits a new MGU-H to both Toro Rossos for Bahrain and Gasly rewards the manufacturer's new-found reliability with a stunning run to fourth.

The result is Honda's best since returning to F1, eclipsing the fifth place finishes Alonso earned at McLaren.

It is followed by tough races in China and Azerbaijan as Honda's top-speed limitations continue, but reimagining energy management helps boost form at subsequent races. 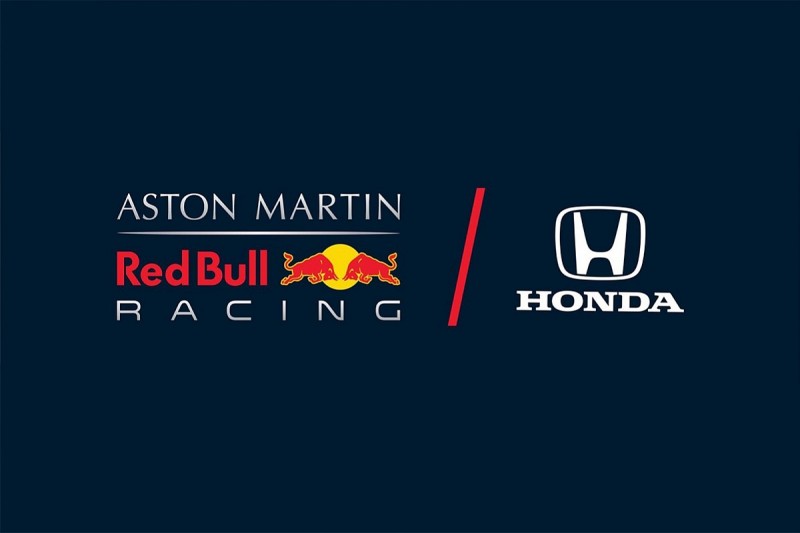 After using Toro Rosso to evaluate Honda as a credible alternative to Renault, Red Bull announces it will switch to Honda engines for 2019.

Honda states its initial target is to ensure Red Bull, a race-winning team in 2018, does not drop below its current performance.