Lewis Hamilton feels that the wait for his 100th Formula 1 victory is "taking longer than ever" as he bids to reach the milestone in Sunday's Russian Grand Prix.

Seven-time F1 world champion Hamilton is one win away from becoming the first driver to reach triple-figures for race wins, having already reached a century of pole positions earlier this year in Spain.

Hamilton picked up his 99th win at the British Grand Prix in July, but has since been waiting to finally reach 100. His bid was compromised by a strategy error in Hungary and then a poor start in the Italy sprint race before the clash with title rival Max Verstappen in the grand prix.

Hamilton entered the Russian Grand Prix weekend in a strong position to win thanks to Verstappen's back-of-grid start, but could only qualify fourth on Saturday after a messy Q3, trailing Lando Norris, Carlos Sainz and George Russell.

Hamilton dismissed any kind of superstition over reaching 100 wins after qualifying, but did admit it felt like the wait was longer than ever.

"It will come when it comes, but of course, I'll be giving it absolutely everything tomorrow, chasing that number 100," Hamilton said.

"It's a big number. It seems like it's taking longer than ever before to get it. It's a pretty cool number to wait for." 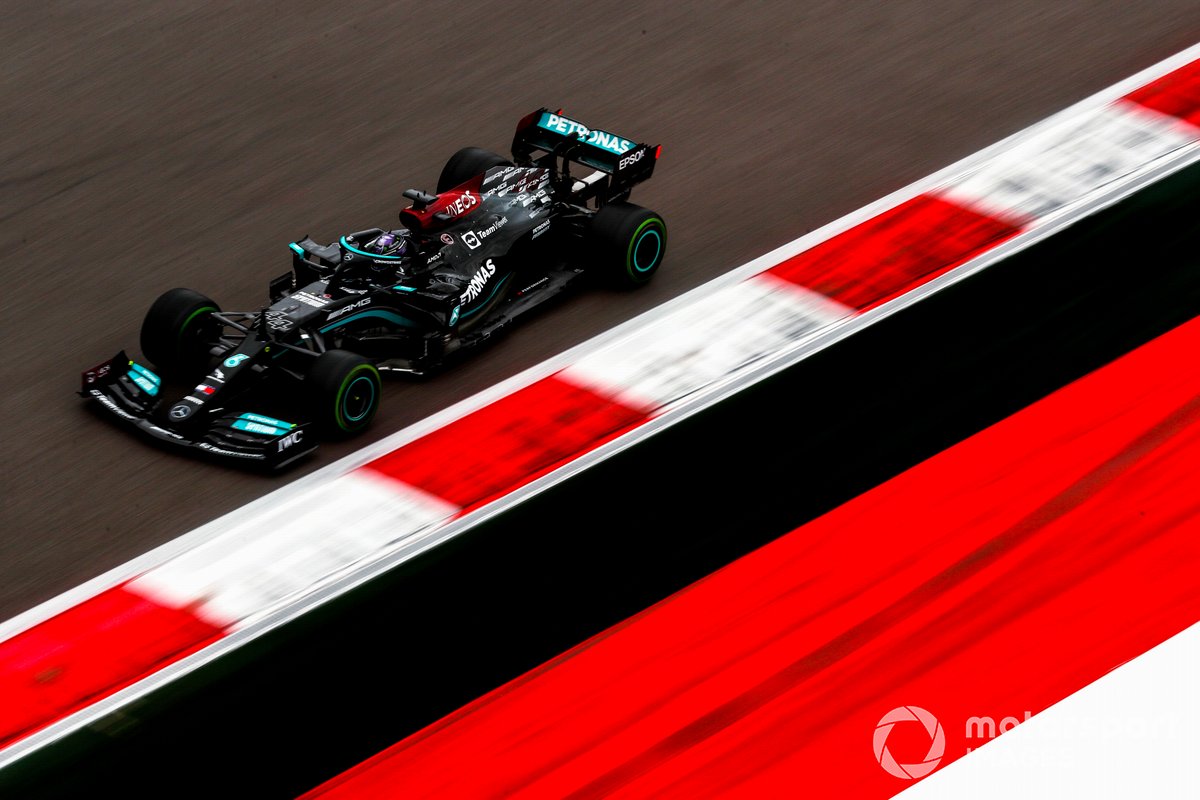 Hamilton starts Sunday's race five points behind Verstappen at the top of the drivers' championship, and will be looking to make up early positions to maximise the chance to win the race and reclaim the points lead.

The accident with Verstappen at Monza left Hamilton struggling with a bit of neck pain after the Red Bull's wheel made light contact with his helmet.

Over the Sochi weekend, Hamilton has posted some videos to social media showing his trainer, Angela Cullen, working on his neck.

Asked if he was still struggling with his neck at all, Hamilton revealed he felt a bit of tightness after driving the car for the first time since the accident on Friday.

"We did a lot last week, I was feeling really good, got back into training, and arrived here generally feeling fine," Hamilton said.

"And then after the day of being in the car, I was feeling a bit tight in the back of my neck, and woke up in the morning with some pains. I had some pains yesterday, and we worked on it.

"But generally it's fine. It's just a bit of nervousness kind of feeling."