Lewis Hamilton says he is not sure what Mercedes could have done differently to beat Red Bull in Austin on Sunday after losing ground in the Formula 1 title race.

Hamilton took the lead from championship rival Max Verstappen at Turn 1 on the opening lap, but was undercut after Red Bull opted to bring the Dutchman in first for an early pit stop.

Mercedes extended both Hamilton’s first and second stints in a bid to create a tyre delta that would allow him to recover the time lost to Verstappen.

Hamilton sat over eight seconds behind Verstappen after his second stop, and used his fresher tyres to go over one second per lap quicker at one point, whittling the gap down to less than two seconds.

But Hamilton could not get close enough in the final few laps to try and overtake Verstappen, whose response ensured the gap stabilised and that he could hold on for victory.

The result means Hamilton now sits 12 points behind Verstappen in the drivers’ championship with five races to go this season.

“It was a fun race,” Hamilton said.

“We had a good start, and he seemed to be quite close throughout on the medium tyre. Then obviously they stopped extremely early, and just tried to offset myself after that.

“I was hoping that would give us a chance to fight late on, but I think track position was key today.” 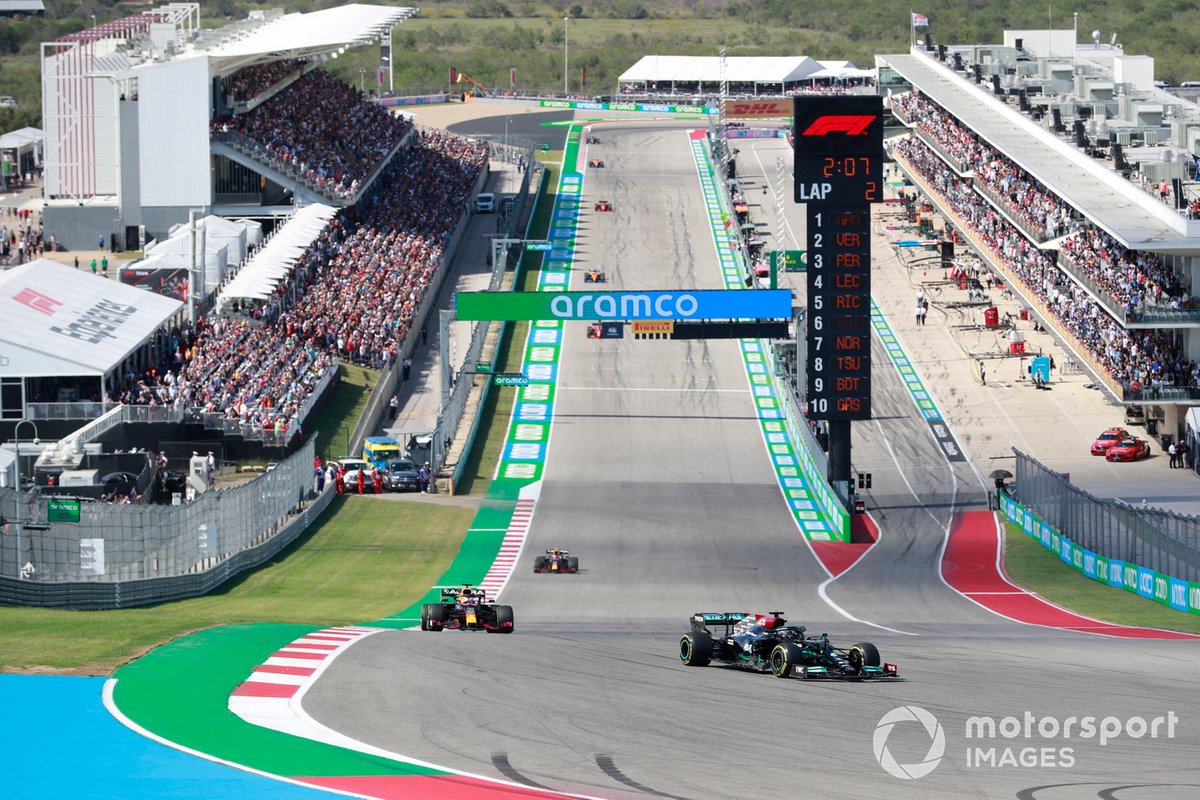 Hamilton felt that Red Bull had been “quicker on all tyres today”, saying its advantage in warmer conditions had “shone through this weekend”.

“I don’t know what we could have done differently,” Hamilton added.

“I’ll sit down and talk with the team afterwards. I think the team did a great job today, and it was what we had.

“We’re going to at least the next two tracks which are very strong circuits for Red Bull, so it’s going to be tough for sure.”

Mercedes F1 boss Toto Wolff did not think the team could have pitted Hamilton as early as Verstappen, but felt its hard-tyre pace was strong enough to have won the race.

“I think we could have won the race, of course, because we were in the lead and we had a very strong pace on the hard,” Wolff said.

“In a way, we need to retrace the weekend from Friday to Sunday, where did we misjudge, where did we get it wrong, what did we do well?

“There will be plenty of positive discussions about what to learn from this weekend.”