An aggressive strategy from Red Bull in going for an early undercut against Lewis Hamilton had put Verstappen in the lead of the race, before the team again triggered an early stop for a long final stint.

But with Red Bull discovering that Verstappen’s first set of hards were down to their canvas, Horner said that doubts had crept in about whether or not the Dutchman would be able to keep his tyres alive until the end.

“I really didn’t think he was going to pull that off,” Horner told Sky Sports F1. “Lewis, with eight lap newer tyres, and the first set of hards that came off, we were pretty much down to the canvas. And then thinking, well, we’re not going to have much left at the end here.

“But I think really, [key was] the way he managed that tyre through the last stint to make sure he had enough for the last five or six laps.”

Red Bull knew that the final laps of the race were going to be critical, and admitted that it would have really ‘hurt’ to have seen Hamilton blast past Verstappen so close to the end.

“With Lewis, you know the end of the race he’s going to be so strong,” added Horner. “He’s gone long, he’s bought himself an advantage.

“To lose a race like that in the last two or three laps, we lost one to [Mercedes] in Montreal, and that really hurt. So to lose one here would have been really painful. Max just held on, he did a great job. He drove a great race, really smartly, and had just enough at the end there.” 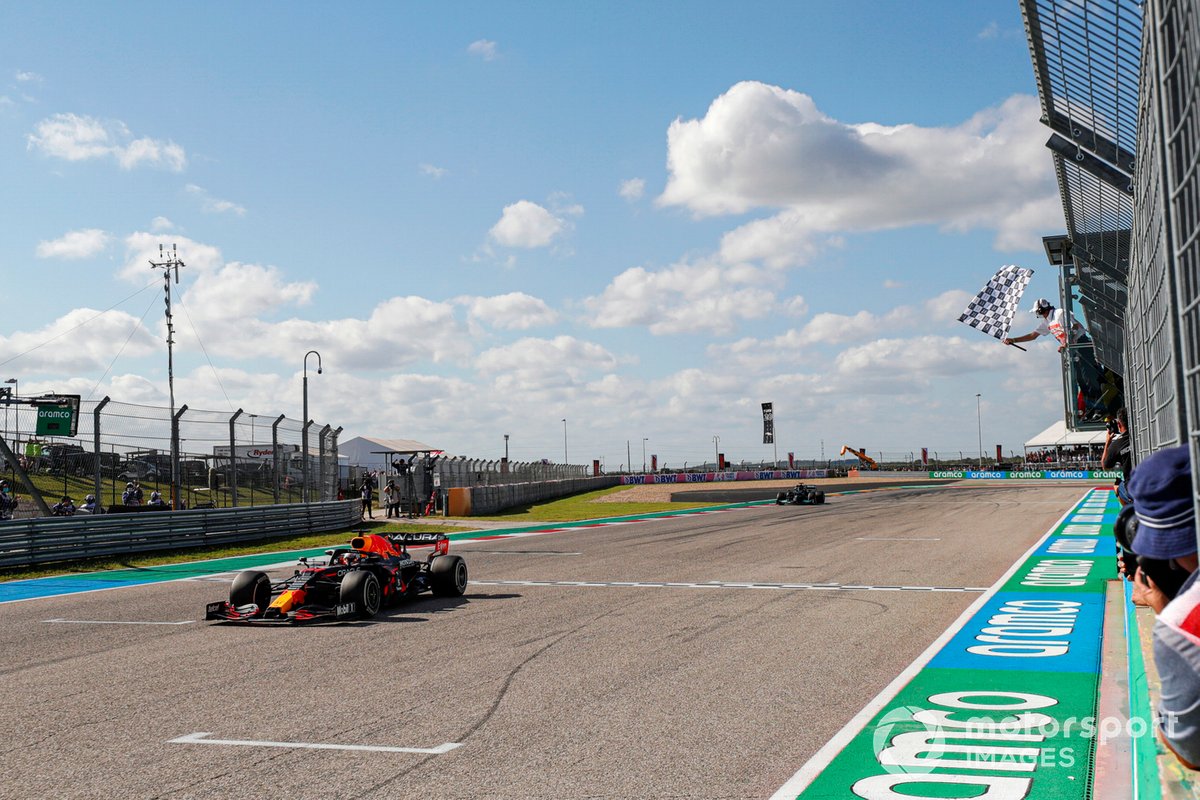 Horner said Red Bull elected to go early with the second stop because the team was worried that Mercedes would go for the powerful undercut itself to give Hamilton track position.

“We were convinced they were also looking at the undercut at the end of the second stint. And we know that they have very good degradation, so that’s why we pitted him early as well.

“We were running out of tyres. He was within three seconds, the undercut, and we didn’t want to give up that track position. So we banked the track position, but that meant the last five to 10 laps were going to be crucial.”