Lewis Hamilton says his pitlane error during Formula 1 qualifying in Russia was "nothing to do with pressure" from his title fight with Max Verstappen.

Red Bull driver Verstappen took no active part in qualifying at the Sochi Autodrom due to a penalty for a power unit change that will see him start from the back of the grid.

Hamilton said on Friday that it was important for Mercedes to capitalise on the opportunity in Russia, but the seven-time world champion missed out on pole position after a messy end to qualifying left him fourth overall.

A mistake entering the pits to switch to slick tyres saw Hamilton hit the wall and damage his front wing, resulting in a long wait for a new one to be fitted. Hamilton then spun again at the end of the session after struggling with cold tyres.

But Hamilton dismissed the mistake being a result of any pressure in the close title fight with Verstappen, who he trails by five points at the top of the drivers' championship.

"It's really nothing to do with pressure, honestly," Hamilton said.

"It really wasn't a pressure scenario. It's literally just [that] mistakes do happen."

Hamilton explained that the tight turnaround required to change from intermediate to slick tyres prompted him to attack more when entering the pitlane, as he "knew that I was going to need as much time on track as possible."

"In the previous times coming in the pit lane, you could take it really quite slowly," Hamilton said. 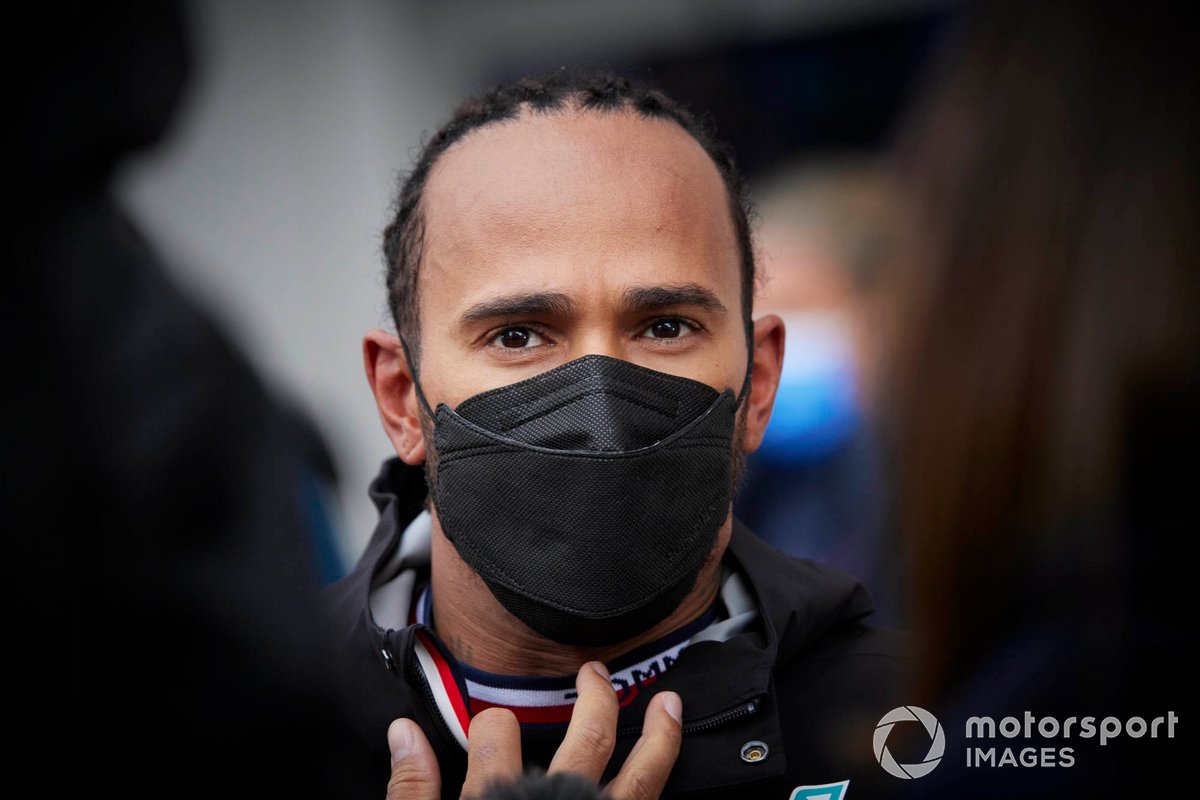 "The track was drying and the grip was quite good, and [I] came in and just took it a little bit quicker than normal and just lost the back end and slid into the wall.

"Yes, of course, embarrassing, [I'm] disappointed in myself that I'd had it, but shit happens. We all make mistakes, and of course it's not what you would expect a world champion to do."

Mercedes F1 chief Toto Wolff echoed Hamilton's thoughts, saying the mistake had nothing to do with the title fight.

"I think it wasn't the pressure today, because it was clear that Max was starting from the back," Wolff said.

"Why that happened, I can't say. I don't think it's the pressure of the championship. And he wasn't the only one to whom that happened."

Hamilton will be aiming to score his 100th grand prix victory from P4 on the grid on Sunday, and noted that his record-breaking levels of success make mistakes such as the one in qualifying more notable.

"The problem when you have the success that I have, anything but perfection feels like a long way off," Hamilton said.

"I'm only human. My dad called me afterwards, and we just talked about it, and you just move on.

"Tomorrow, I get my racing head back on and back focused, and hopefully bring you a good race."