Hamilton: Mercedes must give F1 stewards "not even a sniff" of penalties

Hamilton was hit with two five-second time penalties during Sunday's Russian Grand Prix for completing practice starts in the wrong place while on his reconnaissance laps to the grid ahead of the race.

It meant polesitter and early race leader Hamilton could only recover to finish the race third after dropping behind Mercedes team-mate Valtteri Bottas and Red Bull's Max Verstappen.

Hamilton called the penalty "ridiculous" and "bulls**t" in the immediate aftermath of the race, and was initially hit with two penalty points on his FIA super licence, which were later replaced with a fine.

Hamilton felt that both he and Mercedes had to go through the rulebook to avoid any further sanctions, having fallen foul of minor infringements at two of the last three races.

He also missed out on a possible victory at Monza following a pit entry penalty that meant he could only finish seventh.

"I guess we'll go through the rule book and pick out areas where they can create rules, areas where penalties have never been given before," Hamilton said.

"We'll try and figure out all the ones that they have, and try to make sure that we cover ourselves in the ones that we are aware of.

"I don't think anyone's had the penalty for that before, so we'll just work hard.

"We've gone through seasons before without penalties, so just have to make sure I give them no reason, not even a sniff, to be able to do something." 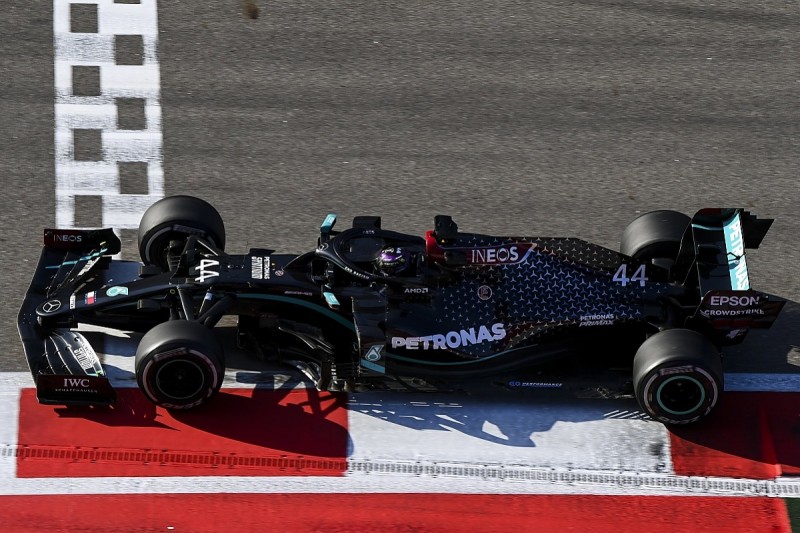 Hamilton initially said after the race in Russia that he felt the stewards were "trying to stop me", but took to Instagram earlier this week to explain his reaction.

"I may not always get it right in the face of adversity," Hamilton wrote.

"I may not always react the way you want me to when tensions are high, but I am only human after all and I am passionate about what I do.

"I'm learning and growing every day, and I'll take my lessons and keep fighting on to the next one.

"Thank you to those who continue to support and are right there fighting with me. Still we rise!"

Victory for Bottas in Russia meant that Hamilton's championship lead was cut to 44 points with seven rounds remaining in the 2020 season.

Why F1's car cloning saga was an inevitable time-bomb