Lewis Hamilton is eager to see the upgrades Red Bull has brought to the Australian Grand Prix, after the team had a quiet Formula 1 pre-season

Ferrari appeared to emerge as Mercedes' most likely challenger during the eight days of running in Spain, although Red Bull seemed to be running a conservative specification of car, as it has done in the past during testing.

That has led to expectations that Red Bull will introduce a larger upgrade package than most at the first race weekend of the season.

"I am very, very keen to see what Red Bull bring as they were quite far behind in testing compared to Ferrari," Hamilton told the media on Thursday at Albert Park.

"I didn't see them bringing many upgrades you can see, so I assume they will bring some here and I'm excited to see what they do bring.

"Having more teams and more drivers fighting for the wins is what racing is about."

It is hoped the major aerodynamic rule changes, coupled with the move to wider tyres, will allow teams to pose a bigger threat to Mercedes' dominance of F1, and Hamilton has welcomed the potential shake-up.

"The more of a fight you have the more satisfying it is when you are victorious," he said.

"We are down for a challenge and up for a fight - that is what I have prepared for.

"I can't remember the last time they had three years and then a rule change.

"They should do more changes because there can often be dominance of a certain team, and sometimes it is hard to catch up.

"Doing changes spices it up. I have never seen fans so excited for a season because we don't know where the teams are [relative to each other].

"I don't believe any team has won back-to-back through regulation changes - we are here to win and to do something that no-one else has done." 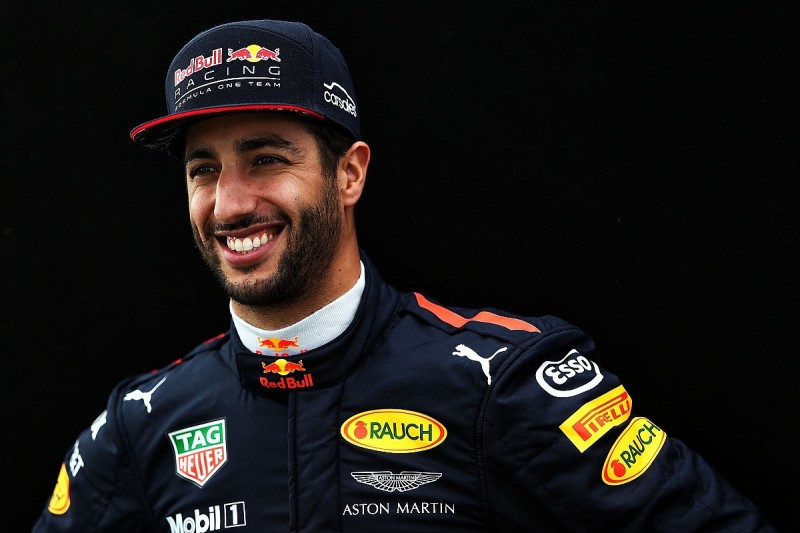 Red Bull's Daniel Ricciardo added: "When Red Bull were dominating [prior to 2014], everyone wanted to see someone else win.

"For us drivers not being in Mercedes, we want to see change. We just need more cars fighting for the win.

"If [Hamilton] wins the race against four of us as opposed to just his team-mate that reward is bigger.

"Ferrari showed good pace in testing, so if they can take a few points as well it opens the championship up."

Sebastian Vettel said Ferrari doesn't "know anything" about its likely 2017 form, but Hamilton repeated his claims from pre-season that the Italian team looks the strongest.

"Ferrari have been the quickest over the winter and I'd say they are the favourites," said the Hamilton.

"Sebastian is normally a lot more hyped. I can tell he's excited and trying to keep a lid on it."