Hamilton joined Mercedes from McLaren in 2013, and has won four of his five world championship titles with the manufacturer.

Last year he agreed to extend his Mercedes stay to the end of 2020 at the earliest, and Wolff said those discussions included the topic of a move to Ferrari.

"You have to simply acknowledge that probably it's in every driver's head to drive at Ferrari one day," said Wolff during the Spanish Grand Prix weekend.

"We had the discussion when we negotiated the last contract." 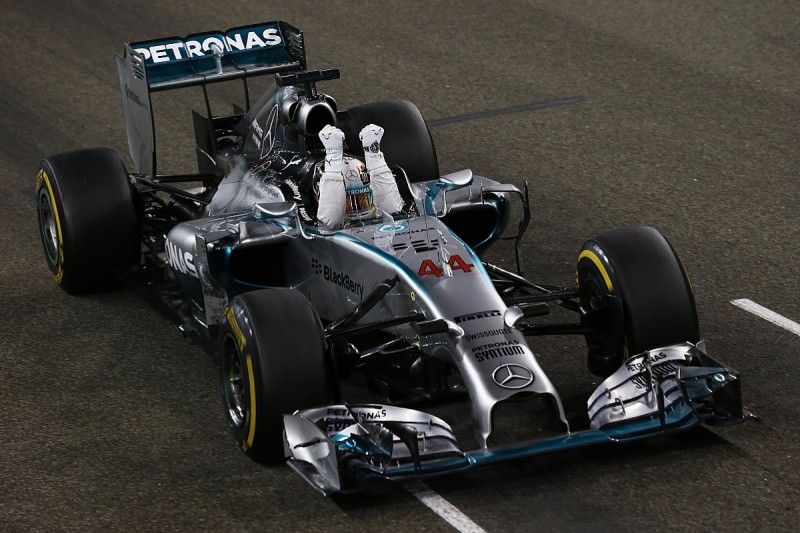 Hamilton has won 54 of the 123 races he has started for Mercedes and finished on the podium 89 times.

His success with Mercedes has brought him level with Juan Manuel Fangio on five titles and behind only seven-time champion Michael Schumacher in the all-time list.

Hamilton is also second to Schumacher in terms of career victories, having moved to 75 - 16 behind Ferrari legend Schumacher.

"You just have to be open-minded and understand that drivers will explore opportunities that exist and benchmark themselves," said Wolff.

"What I've seen [that is] strong between Lewis and us is that we have always been very transparent with each other in those discussions.

"At the moment, everything is great. I think we are providing him with a car that is capable of achieving his objectives.

"If we continue to have a car that is performing on that level I think there is no reason to go and we would really love him to stay.

"And if one day ways part, it will be very positive and then each of us will try to achieve success with a different set-up."

Speaking hypothetically, Wolff answered "why not?" when asked if such a driver move could work the other way, with Ferrari's lead driver Sebastian Vettel moving to Mercedes in the future.

While he joked that this would be "creating headlines", Wolff said it was normal to be open to the prospect of any top-line driver if they were available.

"You need to consider that there are probably six or seven drivers out there that have the skill and the intelligence to deserve to be in a race- and a championship-winning car," said Wolff.

"Two of them are with us [Hamilton and Valtteri Bottas], and I hope it goes forever.

"And Sebastian is definitely one of them."