Hamilton: F1 stewards "trying to stop me" with "ridiculous" penalties

Lewis Hamilton called his two five-second time penalties in the Russian Grand Prix "ridiculous", saying the Formula 1 stewards are "trying to stop me"

Hamilton was hit with 10 seconds worth of penalties during Sunday's race in Sochi for two separate violations while en route to the grid.

Hamilton was adjudged to have breached the race director's pre-race instructions by completing two practice starts in the wrong place, including one at the end of the pit exit slip road.

It meant Hamilton ultimately finished the race third after leading the early stages from pole position, with team-mate Valtteri Bottas winning for Mercedes and taking 11 points out of his championship lead.

Hamilton said he would "need to go back and see what the rules are or what exactly I did wrong", but did not think he had done anything out of the norm.

"I'm pretty sure no-one has got two five-second penalties for something so ridiculous before," Hamilton told Sky Sports.

"I didn't put anyone in danger, I've done this at a million tracks over the years and never been questioned on it. 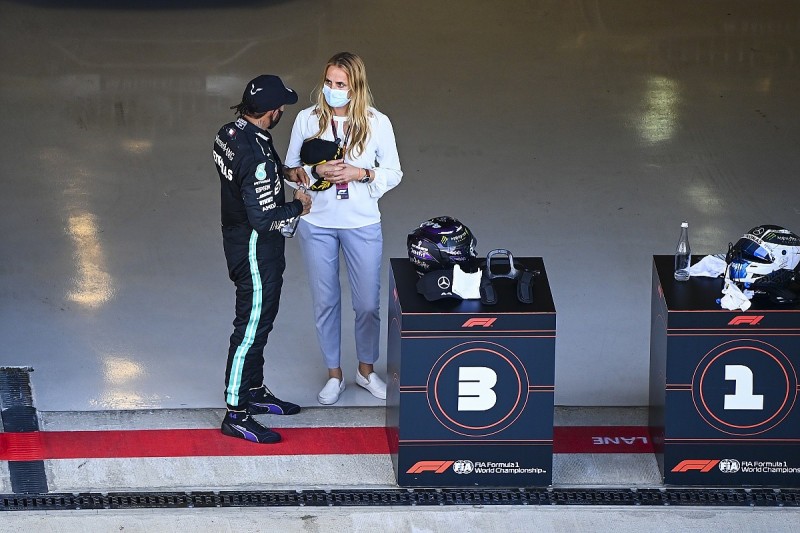 Hamilton also picked up two penalty points on the FIA super licence in addition to the time penalty, leaving him just one incident away from a race ban.

Asked if he felt the stewards' penalty was excessive, Hamilton replied: "Of course it is. But it's to be expected.

"They're trying to stop me, aren't they?

"But it's OK. I just need to keep my head down and stay focused, and we'll see what happens."

Hamilton was heard over team radio calling the penalty "ridiculous" and "bulls**t", and was also unhappy about when he was brought into the pits.

Hamilton came in at the end of lap 16 to switch from soft tyres to hards and serve his penalty, but had wanted to go further in the stint.

"The plan was to stop on that lap, I was just trying to go as far as I could," Hamilton said.

"It didn't really change a huge amount. I had such a long way to go on that tyre, and I think I'd done pretty well on that soft.

"You know, we'll discuss it and try and figure it out. I just need to make sure I don't put myself in that position again."

Wolff "agreed to disagree" with stewards over Hamilton penalties