The Mercedes driver led the early stages of the wet weather race, but then dropped down the order when he went off on slicks under the safety car period, called for Charles Leclerc's crash at the penultimate corner, and Hamilton brushed the barrier at the same spot.

A long stop to change his front wing and confusion over which tyres to fit his car followed, and he was later given a five-second time penalty for driving on the wrong side of the pit-entry bollard.

After scrapping in the pack, Hamilton fell further down the order when he had to wait to pit to change back to slicks towards the end of the race, and he then had a high-speed spin at the first corner and another subsequent stop to end up out of the points.

When asked what he was thinking during the stop that followed him breaking his wing, Hamilton said: "Honestly I don't remember.

"Probably pissed off that I made a mistake in the previous corner and angry at myself probably.

"Ultimately today it was a combination of things that [went wrong].

"It's massively disappointing and upsetting for all of us to be leading a grand prix - I was eight seconds in front at one stage and I had it all under control.

"Things are going to be thrown at you all the time in conditions like this, but I think one step was like one domino after another - like Snakes and Ladders almost. 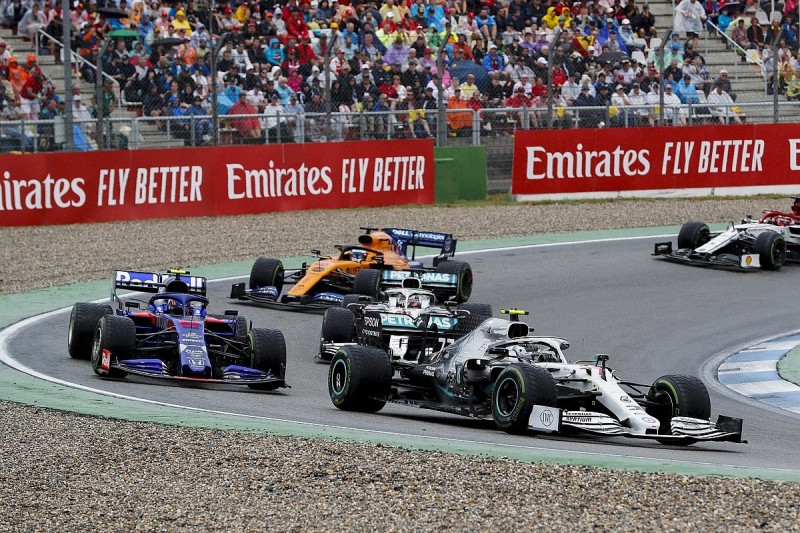 "[I] kept hitting the snakes today.

"But the thing is we win and we lose together, so it just shows you how easy it is to get a weekend wrong and the processes wrong. But we stay united, we pull together."

Hamilton reckons the call to put him onto slicks just before Leclerc's crash and his incident with the same barrier was a consequence of unfortunate timing with the weather.

"The turning point was when they put slicks on when it was still wet," he said of his stop one-third of the way into the race.

"As they pulled me in I could see there was more rain coming down.

"But they have usually more knowledge than I do and if I said to put the inters on and it was the wrong call, it could have been costly.

"As it turns out by not telling them to put inters on when others had put slicks on and were doing OK, I think it just happened at the time when they put my slicks on at the same time as Leclerc went off - it just started to rain more. The timing was off." 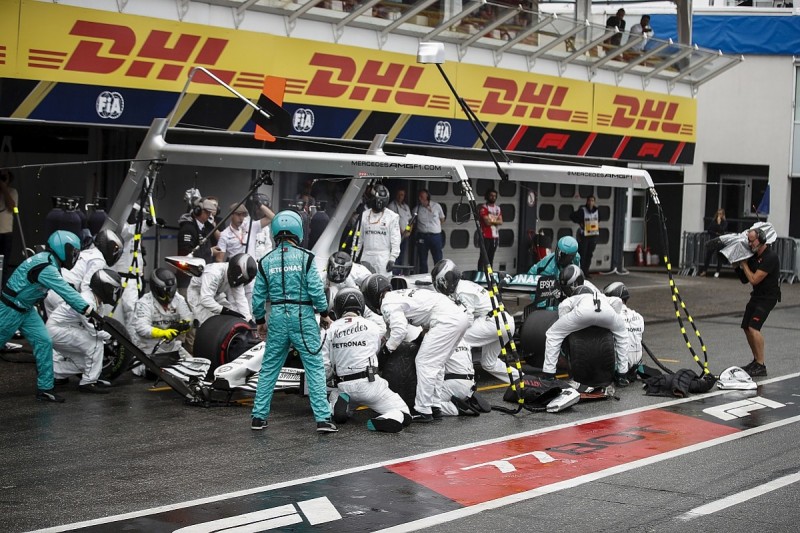