Bottas and Mercedes team-mate Hamilton locked out the front row for the start of the sprint race, only for Hamilton to make a poor start and drop to fifth place on the opening lap.

Bottas dominated proceedings in the 18-lap race, going lights-to-flag for the win and three bonus points, but will not start from pole tomorrow because of a grid penalty for taking a new power unit.

It means Verstappen will line up on pole, while Hamilton will start fourth behind the McLarens of Daniel Ricciardo and Lando Norris after struggling to get close enough to pass them in the sprint race.

Hamilton felt he “lost a lot of points” after his bad start, having seen Verstappen pull a further two points clear in the drivers’ championship thanks to his second-place finish.

Hamilton anticipated that Verstappen would only extend that lead in the race tomorrow, tipping the Dutchman to take a comfortable victory.

“You saw the pace of the Red Bull,” Hamilton said.

“I don’t know if he was quicker than Valtteri, but they’re so fast, and now he’s on pole.

“So it should be an easy win for him. Me, I’ve just got to try and get past these two guys [McLarens] ahead.”

Red Bull had downplayed its chances heading to Monza, with the track traditionally suiting the Mercedes cars through the V6 hybrid era. 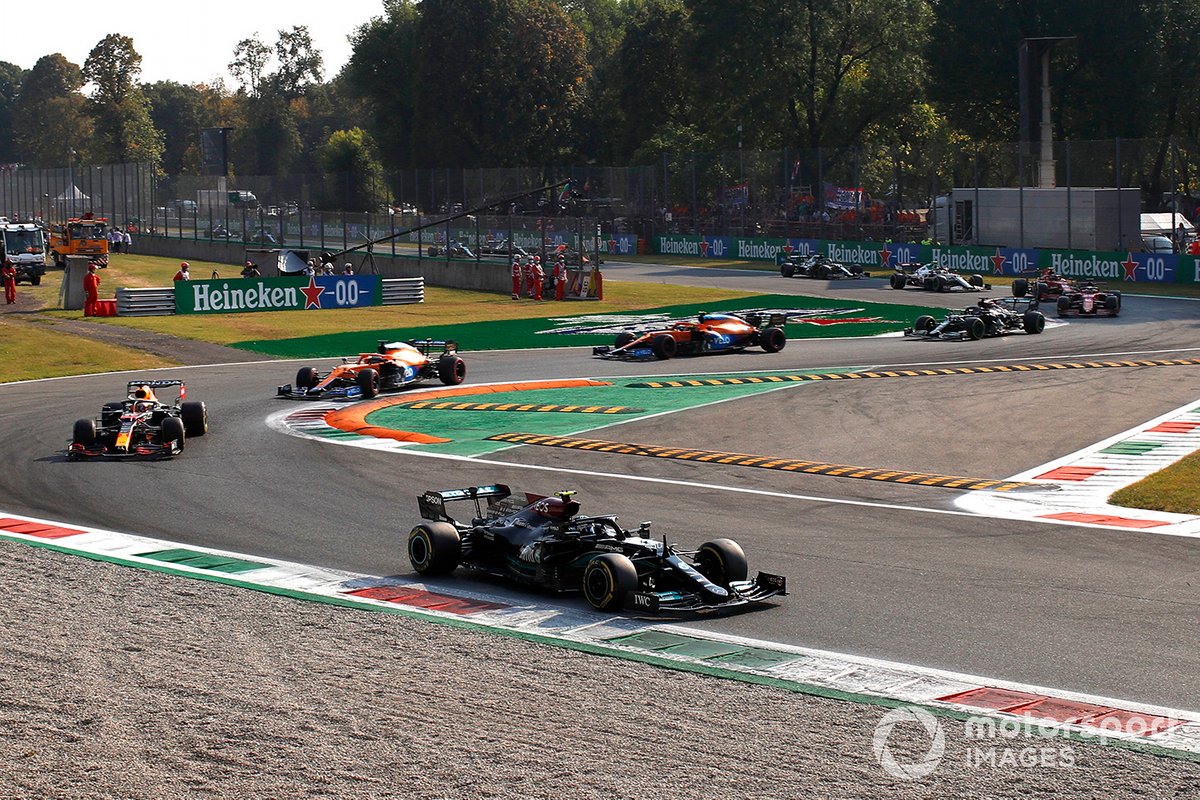 The team’s assessment seemed to ring true in qualifying on Friday as Verstappen failed to get in the fight for pole with the Mercedes, but Hamilton felt Red Bull had been underplayed its true pace all year.

“They bring upgrades every week. I think from what I’m told, there’s only one race where they haven’t brought an upgrade, and then they’re constantly adding performance to the car.

“They did a great job, but well done to Valtteri today.”

Hamilton sat within DRS range of Norris for the majority of the sprint race, but the McLaren driver held on despite fears his soft tyres may not hold up against Hamilton’s mediums.

“We underestimated how well they would behave,” Hamilton said of the soft tyres.

“Anyway, [I’ve] got to try and figure out how I can get by the McLarens tomorrow, and try to limit the damage.”